No OFW deployment ban in Israel, only ‘suspension of departure’ — DOLE 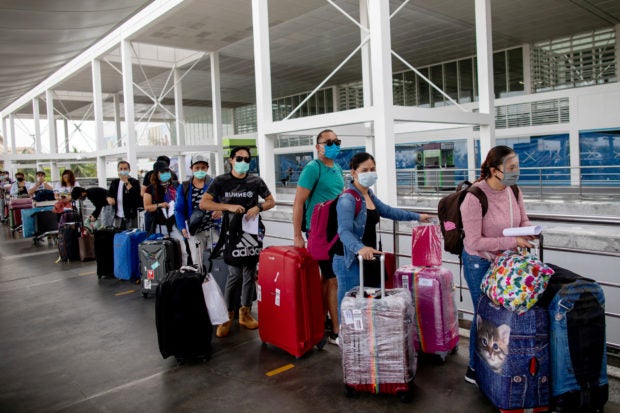 MANILA, Philippines — The Department of Labor and Employment (DOLE) on Thursday clarified that the government is not imposing a deployment ban of overseas Filipino Workers (OFWs) to Israel, only a mere suspension of their departure “for a few days,” amid the ongoing strife between the Jewish state and Palestine.

Labor Secretary Silvestre Bello III earlier said in an interview over Teledrayo that the government is suspending the deployment of workers to Israel amid the escalating tension and violence in the region, following the exchange of fire between Israeli forces and the Palestinian-backed Hamas.

Bello subsequently issued another statement to the media clarifying that there is no deployment ban, only a suspension of travel of OFWs to Israel. He, however, did not specify how long the suspension will take.

“We have not banned the deployment of our workers to Israel. The processing of those who already qualified continues. We are merely suspending their actual departure while the tension is still high,” Bello said.

(My request to our departing caregivers and health care workers is to defer their departure for a few days to ensure their safety.)

Bello was referring to the 400 caregivers who are set to be deployed in Israel. The Philippine Overseas Employment Administration said the Israeli government pledged that the workers will be in places far from the conflict.

(President Duterte will keep me accountable in case they depart during the mounting tensions in Israel.)