‘We are confused and that’s dangerous,’ says ex-Senator Biazon on WPS issue 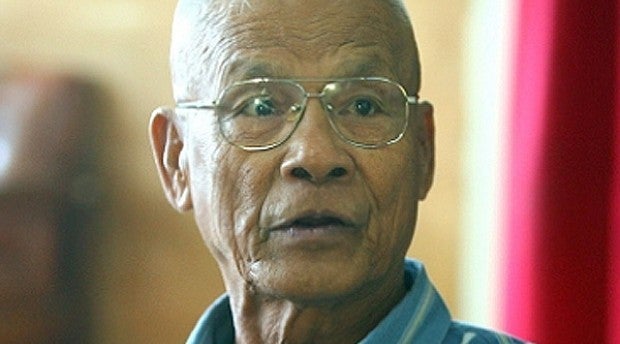 MANILA, Philippines — Lamenting the country’s “confusing” stand on the West Philippine Sea issue, former Senator Rodolfo Biazon personally went to the Senate on Wednesday to call for the convening of the National Security Council (NSC).

Biazon said Congress could pass a resolution, calling for the convening of the NSC to come up with a “clear and united” stand on the disputed territory.

“…I am worried about the turn of events,” Biazon, who was also a former Armed Forces chief, said in an in interview at the Senate.

“I came here to campaign for the convening of the National Security Council. Because the NSC can provide us, the Filipino people, everybody—including the policy makers, national policymakers, national program implementers and our people— a very clear projection of a clear, united national position on this.”

“Because right now, we are confused and that is dangerous. We are not only confusing ourselves, we are also confusing potential allies in our pursuit of our national interests in the area. We are confusing our policymakers and program implementers,” he went on.

Even China, he said, might be confused that it might “mount a dangerous move,” thinking that the Philippines has already given up it claim in the WPS.

“With the help of the legislature, we have to call a convening of the National Security Council to provide us a clear, united position on the issue,” Biazon stressed.

This is not the first time President Rodrigo Duterte himself has been criticized for issuing confusing statements on the issue like calling the Philippine’s victory over China at the Permanent Court of Arbitration in The Hague a “piece of paper” that could be thrown away in the waste basket.

Duterte also denied promising to retake the WPS , saying he was only joking when he said he would ride a jet ski to the WPS to plant a Philippine flag there.

Despite this, the President insisted that the disputed waters belong to the Philippines.