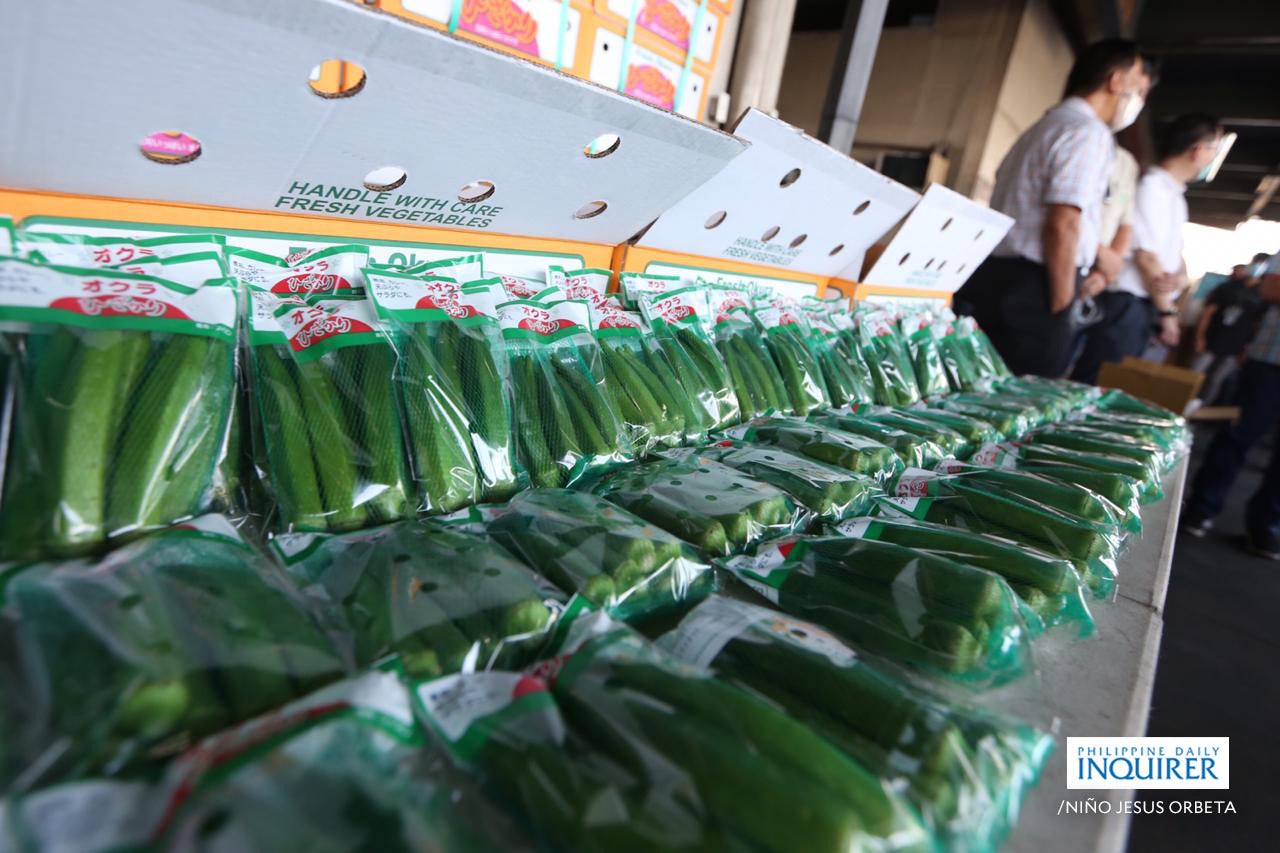 MANILA, Philippines – The Philippines will start exporting okra or lady’s fingers to South Korea, the Department of Agriculture (DA) said.

“After the resumption of okra exports to Japan last year, we are opening yet another market access for our okra, this time with the huge Korean food market,” Agriculture Secretary William Dar said in a statement early this week.

“The Philippine government has been requesting market access of okra to Korea since 2014 and finally, it was granted. This is a milestone for us considering we are still in the midst of the global pandemic,” Dar added.

Dar commended the efforts of the DA offices involved in the “breakthrough and significant development” for okra.

“I commend the efforts of concerned DA offices, particularly the Bureau of Plant Industry (BPI) and the Philippine Agriculture Office in Seoul, for this breakthrough and significant development that will also pave the way to more farm and fishery exports to Korea,” he said.

Citing reports from DA Agriculture Attachè Aleli Maghirang, Dar said that the South Korean government announced the completion of the ruling process for the Philippine okra market access to their country through the official notification from the Ministry of Agriculture, Food and Rural Affairs (MAFRA) on May 6.

Dar added that exports of fresh, green okra pods will be sourced initially from Tarlac province, where DA-BPI accredited farms and packing houses are located.

According to Dar, there are currently four Philippine okra exporters who are also members of the Philippine Okra Producers and Exporters Association (POPEA):

Due to the current pandemic-related travel restrictions, Maghirang said South Korea’s MAFRA Animal and Plant Quarantine Agency has requested the DA-BPI to conduct appropriate investigations and provide inspection report on their behalf in lieu of the required Korean on-site survey of the okra farms in Tarlac and once the requirements are complied with, Philippine okra exports to South Korea may commence.

She added that in South Korea, okra is not as mainstream as radish, cabbage, cucumber, potato, and sprouts, which are parts of many Korean dishes and some Koreans eat okra as “banchan” or side dish.

Meanwhile, the DA said Filipino farmers grow okra as it is a high-yielding crop and provides a good source of income.

“Its green pods can be harvested as early as 55 to 65 days upon seeding. Surveys show that farmers can harvest 500 kilograms up to one ton of okra pods per hectare, providing them a net income, ranging from P80,000 to P120,000,” the DA added in the statement.

Dar said the entry of Philippine okra to the Korean market is indeed a welcome development to boost not only the livelihood and incomes of our farmers but also pave the way to other potential export crops, thus invigorating the country’s agriculture sector.