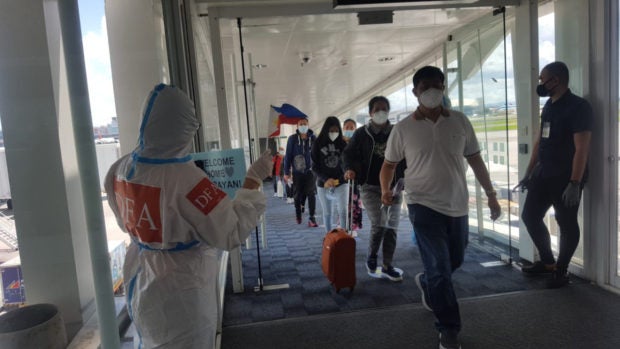 During the hybrid hearing of the Senate committee on labor, employment, and human resources development, Nograles said there are three proposed new government departments included in the Duterte administration’s priority—the DOFIL, the Department of Water, and the Department of Disaster Resilience.

“We know that there’s limited time already… So if we were to select which one would get the top priority, because of the constant time constraints, DOFIL would be number one,” he added.

In his questioning, Senate Minority Leader Franklin Drilon said he is “really disappointed” that the Department of Economic Planning is not included in the priority legislation.

But Nograles said all the proposed new government departments shall undergo vetting process to be included in the priority legislations of the President.

Meanwhile, Drilon likewise pointed out that the proposed Department of Culture has been pending since the 17th Congress.

“It has never been considered. If I were to believe your statement. It has never been vetted, as an important department to handle to take care of our culture, cultural needs,” Drilon said.

“I guess I am just spreading into the record the reality that you do not consider—or the executive branch—does not consider as priority the other areas of serious concern,” he added.

Nograles, nonetheless, stood by his earlier remark that the DOFIL remains to be top priority of the Duterte administration.

“It’s up for consideration by the executive branch, right now, but again, it will pass through the same vetting process as DOFIL did,” Nograles said. “We stand firm that… this DOFIL bill currently sitting in this committee, this honorable committee, is a top priority.”