Made to travel with fake passports, Filipina teens fall victim to trafficking in Syria | Global News

Made to travel with fake passports, Filipina teens fall victim to trafficking in Syria 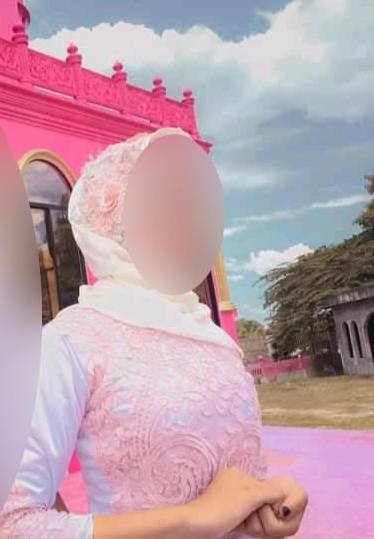 MANILA, Philippines — Lenlen, not her real name, was only 14 years old when she was trafficked to war-torn Syria in 2018.

Her ordeal was disclosed during Tuesday’s hearing of the Senate women committee, led by Senator Risa Hontiveros, when audio of her interview with one of the senator’s staff was presented.

Lenlen, whose passport was altered to change her name and age, said she was not aware that she would be deployed to Syria when she was promised work in Dubai.

When Lenlen and other recruits reached Damascus, she recalled that their phones were taken away from them before they underwent a medical examination and brought to their employers.

She said that she was not fed properly and was physically abused.

Lenlen said she was able to escape by jumping off the second floor of her employer’s house in December 2019.

The police had helped her but ended bringing her back to her employer, according to Lenlen.

Eventually, she was rescued by the Philippine Embassy in Damascus and brought to the shelter.

However, Lenlen encountered an embassy staffer who allegedly sexually harassed her even with the knowledge that she is still a minor.

She said she raised this issue with the embassy leadership at the time, but she was supposedly brushed off.

Lenlen was the latest trafficking victim to come forward about her experience before the committee.

Prior to this, four Filipino trafficking victims already testified that some immigration officers are allegedly receiving payments from recruiters to ensure the smooth exit of workers out of the country.

“We have found an even more disgusting phenomenon: minors as young as fourteen years old being trafficked to Syria,” Hontiveros said.

Aside from Lenlen, two other girls, who were trafficked when they were still minors, also recounted their experiences.

Both Aleah and Omaima were both 16 years old when they were trafficked to Syria in 2008. They said they were maltreated by their employers there.

According to Aleah, she sought help from the embassy for her to be able to contact her family and finally go home.

In the case of Omamia, who is from Cotabato, she said a man approached for a possible work abroad.

Omamia said she said yes to the offer but like Lenlen, she did not expect that she would be deployed to Syria.

Like Lenlen, Aleah and Omamia’s passport details were also altered.

Hontiveros said her committee was able to get a hold of the copy of both their birth certificates.

“For the record, Aleah’s birthday on her birth certificate is August 30, 1992. On her travel document, her birthday is February 10, 1984. We have a copy of these documents. She arrived in Manila on November 7, 2020,” the senator said.

For Omamia, Hontiveros said her birth date was December 15, 1991 but her passport showed that her recorded birthday was on December 10, 1981, or a ten-year difference.

“As if exploiting our women is not enough, unscrupulous recruiters and human traffickers are also manipulating and abusing our children,” the senator said.