Biden talks tough on China in first speech to Congress 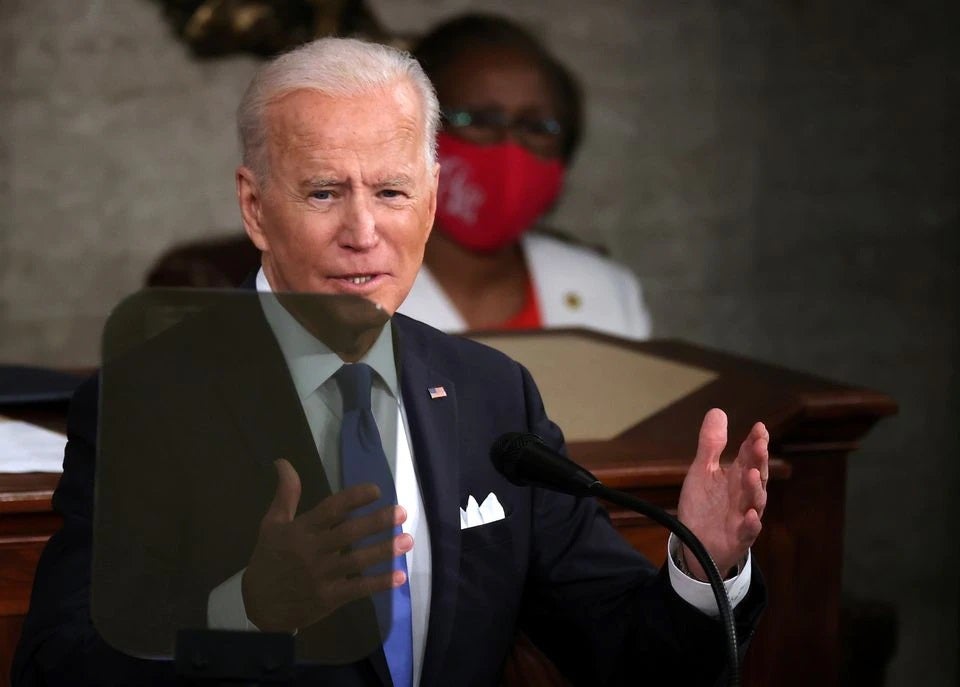 WASHINGTON — President Joe Biden took aim at China in his first speech to Congress on Wednesday, pledging to maintain a strong U.S. military presence in the Indo-Pacific and promising to boost technological development and trade.

“China and other countries are closing in fast. We have to develop and dominate the products and technologies of the future,” Biden said.

And in a line that drew some of the strongest applause of the evening, he said, “There is simply no reason the blades for wind turbines can’t be built in Pittsburgh instead of Beijing.”

Biden has repeatedly identified competition with China as the greatest foreign policy challenge the country faces. He and his fellow Democrats as well as opposition Republicans have all moved toward a harder line on dealings with Beijing.

“America will stand up to unfair trade practices that undercut American workers and American industries, like subsidies to state-owned enterprises and the theft of American technology and intellectual property,” Biden said.

He also said he told Chinese President Xi Jinping that the United States will maintain a strong military presence in the Indo—Pacific “just as we do for NATO in Europe – not to start conflict – but to prevent one.”

While offering few specifics, Biden gave more attention to China than any other foreign policy issue in a speech largely focused on domestic policies.

He has been urging lawmakers to pass a sweeping bipartisan package of legislation now making its way through the Senate that would press Beijing on human rights, address the trade imbalance and boost funding for U.S. development of new technologies to compete more effectively with China.

“America won’t back away from our commitments to human rights and fundamental freedoms and our alliances,” he said.

Biden also addressed competition with another geopolitical rival, Russia. He said he had made clear to President Vladimir Putin that Moscow’s interference in U.S. elections and cyber attacks on government and businesses would have consequences, but Washington does not seek escalation.

And, in a departure from the go-it-alone foreign policy of his Republican predecessor former President Donald Trump, Biden said he would work closely with allies to counter the threats posed by the nuclear programs of Iran and North Korea.