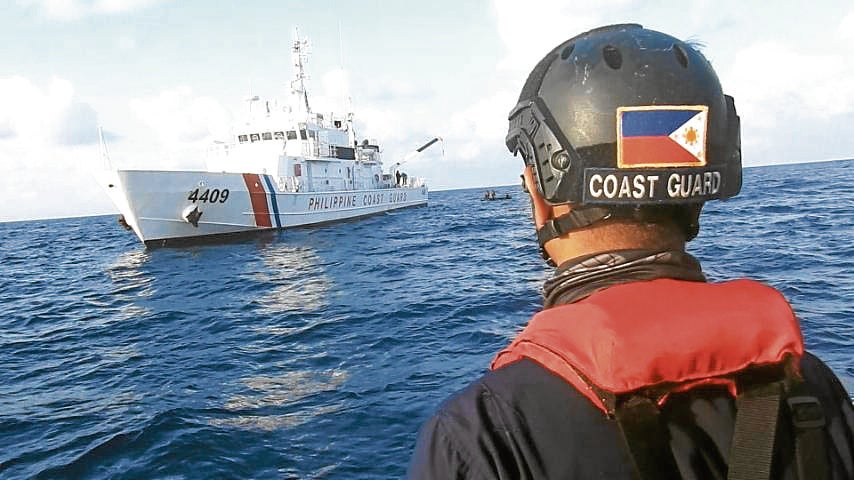 While his defense and foreign secretaries openly fire off strong statements against the incursions by Chinese vessels into the West Philippine Sea, President Duterte will try to iron out the latest diplomatic kink between Manila and Beijing out of the public glare, according to Malacañang.

Presidential spokesperson Harry Roque on Thursday said diplomacy was one of the exemptions to freedom of information. This means the public need not know, or be immediately informed, about actions taken by the President on certain matters, including disputes between the Philippines and other countries.

“Whatever the President is doing, let us allow him to do it in a private manner because the President’s diplomatic initiatives and actions should not be announced to the public,” Roque said.

“Needless to say, the reason it is covered by exception is because the President must make the right decision no matter what,” he said at a press briefing.After more than 200 Chinese maritime militia vessels swarmed Julian Felipe (Whitsun) Reef early in March, Defense Secretary Delfin Lorenzana demanded their immediate withdrawal.

Lorenzana later said the refusal by the Chinese to leave indicated China’s intent to occupy more maritime features in the West Philippine Sea, waters within the country’s 370-kilometer exclusive economic zone (EEZ) over which the Philippines had sole right to exploit its resources.

China has built seven artificial islands on seven reefs in the South China Sea which it had turned into military outposts. The biggest is at Panganiban (Mischief) Reef close to Palawan province, which has a runway and missile battery positions.

Later in the month, the President and China’s ambassador, Huang Xilian, held a private meeting where Mr. Duterte expressed his government’s “concern” over such a large number of Chinese vessels at Julian Felipe, according to Roque.

Huang explained to the President that they were fishing boats not militia vessels and had sought shelter at the reef because of bad weather.

Roque told a press briefing on Thursday that the President should be “left to his devices” on this matter.

“He has shown that so far, in the past five years of his administration, we have moved from a position of antagonism with China to a position of friendship and we would benefit greatly now that we are able to talk with China,” he said.

Roque also said he expected this close friendship to be the reason for Chinese vessels to leave the reef sooner rather than later.

But not all vessels have left the reef since the President’s meeting with the Chinese ambassador.

The National Task Force for the West Philippine Sea reported that on April 11 maritime patrols spotted 240 Chinese vessels at various reefs and islets within the country’s EEZ, including nine still at Julian Felipe.

The following day, the Department of Foreign Affairs (DFA) summoned Huang to remind him of the 2016 international arbitral ruling affirming Philippine sovereignty over the waters and to tell him to withdraw all Chinese ships from the West Philippine Sea.

On Wednesday, Locsin directed the DFA to file another diplomatic protest.

Asked for his comment on a proposal that the Philippines build inexpensive structures on parts of the Spratlys archipelago, which straddle the South China Sea, to prevent other countries from occupying these areas, Roque said Manila was committed to the crafting a code of conduct in the South China Sea.

The code of conduct is seen as a binding agreement between the 10-member Association of Southeast Asian Nations and China aimed at preventing the escalation of territorial and maritime disputes in the strategic waters from destabilizing the region.

Earlier this month, Mr. Duterte said in a statement saying that the issue regarding the presence of the Chinese vessels would be resolved “through diplomatic channels and through peaceful means” and that it would not affect China’s provision of COVID-19 vaccines to the Philippines.