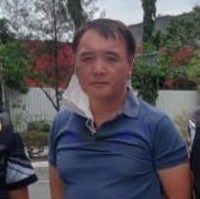 According to Immigration Commissioner Jaime Morente, fugitive Kim Dong Woo, 49, was arrested Monday by the Bureau’s Fugitive Search Unit’s (FSU) operatives. He said Kim will soon be deported to South Korea to face the charges against him.

“His name has been placed in our immigration blacklist, hence any future attempts to re-enter the country will be barred,” Morente said.

Immigration FSU Chief Bobby Raquepo said Kim is an “undocumented alien” as his passport had already been revoked by the Korean government.

Additionally, the BI said Kim has been on South Korea’s wanted list since he fled to the Philippines in February 2018 to evade prosecution for fraud.

It was found out that Kim used to hold office in Incheon, where he enticed a victim to lend him 65 million Korean won or almost US$58,000 for his alleged business in 2015. He had promised the victim that he would pay 20 percent interest for the loan.

But Kim reneged on his promise and fled to Manila upon learning that a criminal complaint was filed against him.