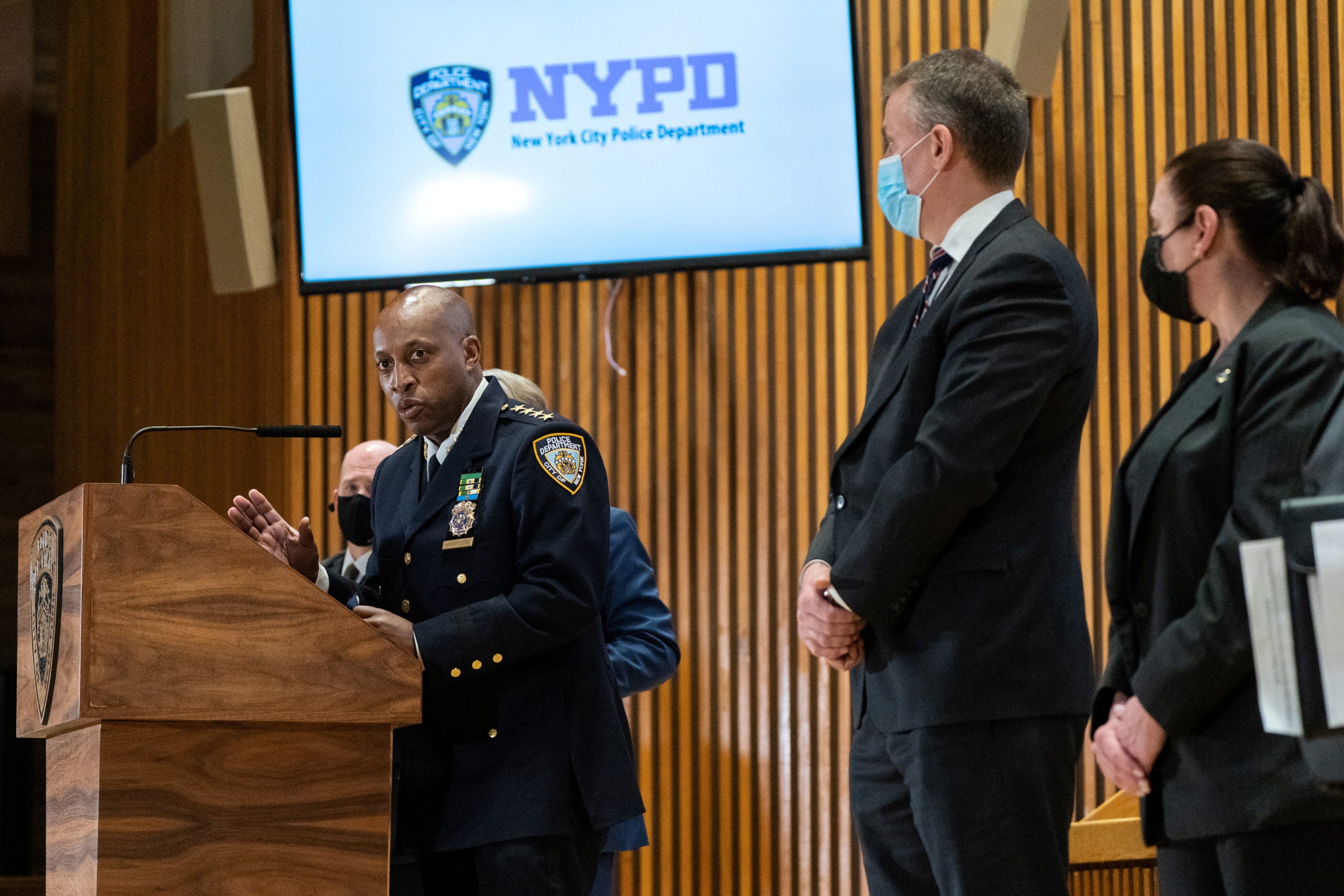 NYPD Chief of Department Rodney Harrison speaks at a news conference announcing the filing of charges against Brandon Elliot, following his arrest for attacking an elderly Asian woman, in the Manhattan borough of New York City, U.S., on March 31, 2021. REUTERS/Jeenah Moon

MANILA, Philippines — The Department of Foreign Affairs (DFA) on Friday thanked New York’s local police for the “prompt arrest” of the attacker of a 65-year-old Filipino-American, who is among the latest victims of hate crimes against Asians in the United States.

“We express our gratitude to the New York Police Department (NYPD) and to all those who contributed to the efforts that led to the arrest,” the DFA said in a statement.

The NYPD apprehended 38-year-old Brandon Elliot, who was identified to be the man in a viral security camera footage kicking 65-year-old Vilma Kari to the ground and hitting her head repeatedly with his foot.

The DFA urged the Filipino community in New York and surrounding areas to exercise vigilance and to immediately report any incident of hate crimes against Filipinos there to the Philippine Consulate General in New York through its emergency hotline number at 917-294-0196.

It also advised Filipinos to report such incidents of anti-Asian violence to the NYPD’s Asian Hate Crimes Task Force at 1- 800-440-HATE.

Read Next
MECO verifying if any Filipino was killed, hurt in Taiwan railway incident — DFA
EDITORS' PICK
OPINION: Mischief Reef – where it all started
Tired of your Wi-Fi signal problems at home? Here’s a solution!
Infants bundled off; no one hurt in PGH fire
Fire-damaged PGH calls for donations
Must-know scams to avoid when buying cars
POVA x Mobile Legends Bang Bang: A partnership that’s built to win
MOST READ
Hot, humid weather for PH on Monday — Pagasa
Mischief Reef – where it all started
Robredo eyes local post in 2022 polls, but ‘open to all possibilities’
Longest recession since Marcos era
Don't miss out on the latest news and information.