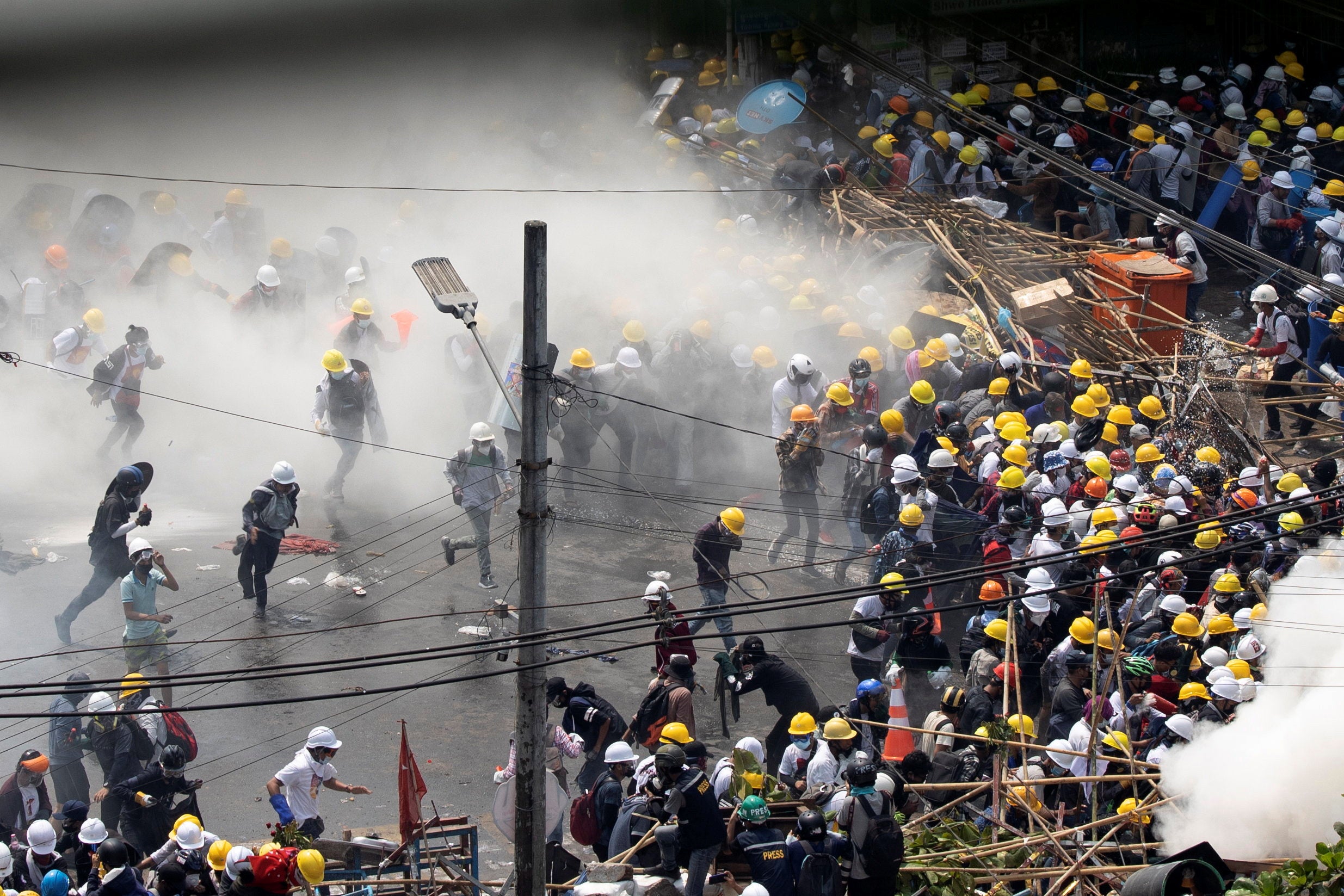 Tear gas and fire extinguisher gas float around demonstrators during a protest against the military coup in Yangon, Myanmar, March 2, 2021. Picture taken from behind a window. REUTERS/Stringer

The Department of Foreign Affairs (DFA) advised the almost 1,300 Filipinos in Myanmar to avoid places of protest following reports that 38 people were killed as the military quelled protests in several towns and cities on Wednesday.

“Filipinos in Myanmar are once more advised to avoid places of protest, monitor developments through reputable sources and check with the Philippine Embassy in Yangon for further advisories,” the DFA said in a statement. The DFA earlier said there were about 1,273 Filipinos in Myanmar as of June 2020.

It also reiterated its call for a complete restoration of the status quo ante and allow State Counsellor Aung San Suu Kyi “to play her unifying role.”

In a post on Twitter, Foreign Secretary Teodoro Locsin Jr. said all foreign ministers of the Association of Southeast Asian Nations (Asean) were one in speaking up “strong and eloquently for the people of Myanmar and their freedom.”

Further, Locsin said Asean members should stand ready to extend help to the people and government of Myanmar.