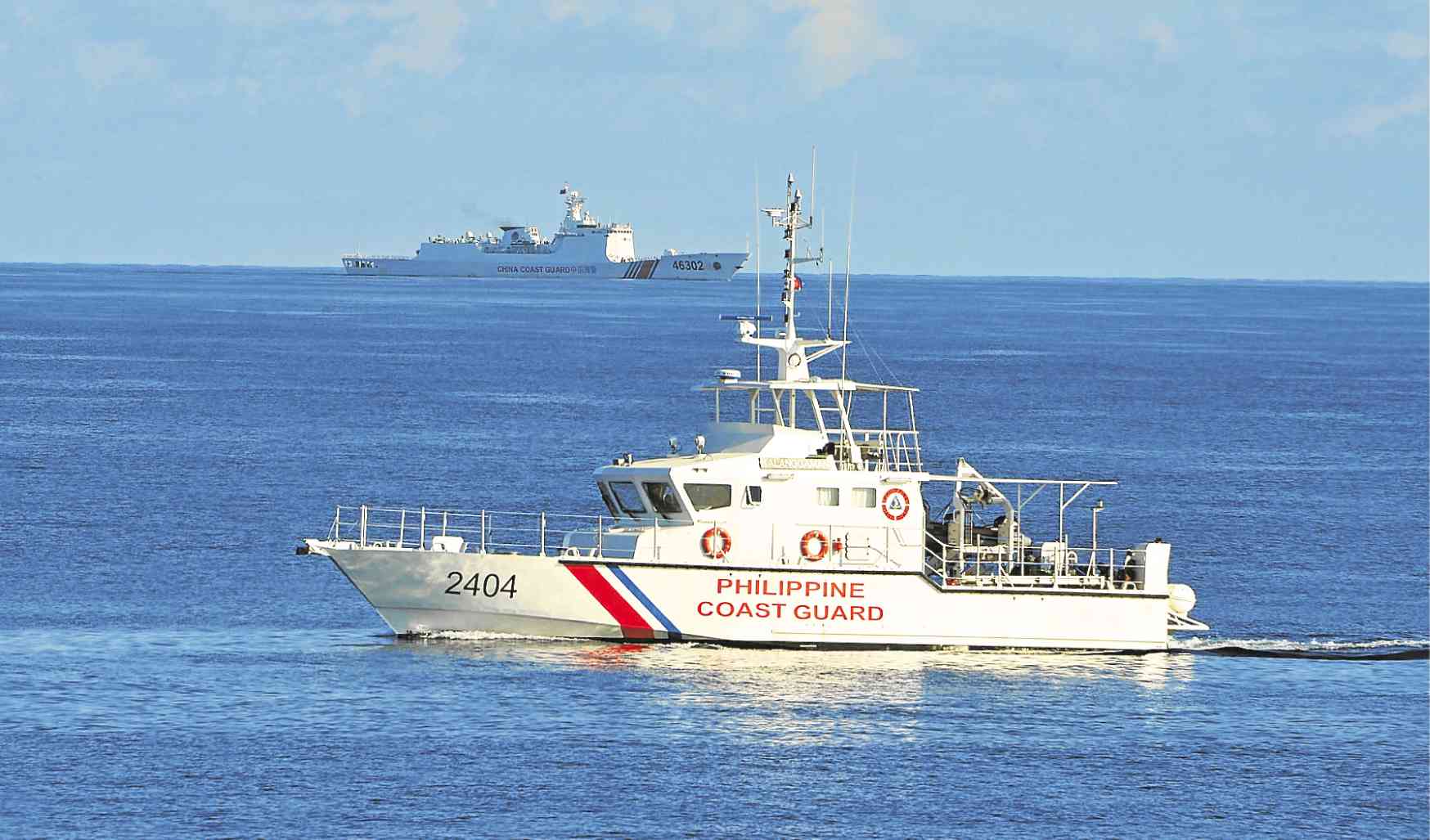 Only one vessel is currently deployed to Palawan, which is not enough to patrol the West Philippine Sea on a regular basis, he said at an online press briefing.

“We have been patrolling the West Philippine Sea using our 44-meter multi-role response vessels and our Islander, a fixed wing aircraft,” Ursabia said.

“But during the pandemic, unfortunately we had to pull out one of our MRRV from Palawan to undertake COVID-related tasks,” Ursabia added.

“That explains why we only have one vessel in Palawan for such missions. Obviously it can’t conduct a continuous patrol in that area,” he added.

Weather disturbances have also altered the schedule of PCG patrols, he said.

“Which means, it is not really that continuous but we are trying our best to have such presence there using our surface vessel or our aircraft,” Ursabia said.

In the last several months, the PCG has been conducting humanitarian missions in support of the government’s response to natural disasters and the COVID-19 pandemic.

PCG ships and boats have been deployed across the country to transport relief supplies and stranded passengers.

The Asia Maritime Transparency Initiative, of the Washington-based Center for Strategic and International Studies, said in December last year that China Coast Guard appeared to patrol the West Philippine Sea more frequently in 2020.

China further upped the ante with a new law allowing its Coast Guard to fire at foreign vessels spotted in areas that it claimed to own which Ursabia said would “certainly be an issue” if the West Philippine Sea came into play.

“They can’t claim it’s theirs. It’s also ours. So applying domestic law there would certainly be an issue. We can contest it,” he added.

Read Next
Learn more about the COVID-19 vaccine in the Philippines through #VaccineAlamin
EDITORS' PICK
Would the military allow me to stay this long if I’m inutile? – Duterte
65% of Filipinos say Duterte’s health should be made public – SWS
Pre-order the new vivo Y20s [G] to get a free TWS earphone
In good spirits: SMDC helps farmers and residents through Kadiwa Market
Smart three-peats as country’s fastest mobile network – Ookla
DSWD chief admits ‘slow start’ in distribution of aid in ‘NCR Plus’
MOST READ
Vico Sotto frets getting photos of ‘butt vaccination’ from Pasig dwellers
Metro Manila to have shortened curfew hours from 8 p.m. to 5 a.m. under MECQ
San Miguel Corp. continues to invest heavily in the Philippines’ future
COVID-hit Roque slams ‘un-Christian’ query on how fast he secured hospital bed
Don't miss out on the latest news and information.