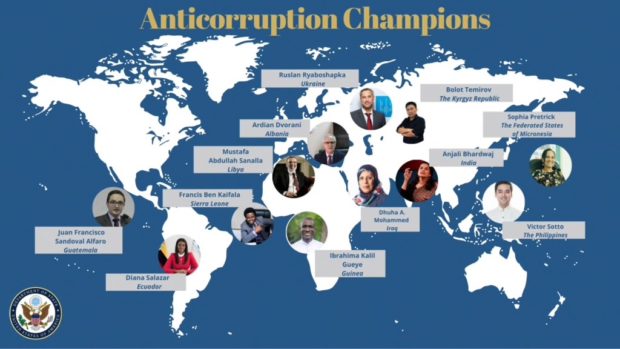 Copy of the US’ GPA Map. Image from the United States embassy in Manila.

MANILA, Philippines — Pasig City Mayor Vico Sotto has been recognized by the US Department of State as one of its 12 International Anticorruption Champions.

In a statement on Tuesday, US Secretary of State Antony Blinken said the International Anti-corruption Champion Award aims to recognize individuals “who have worked tirelessly, often in the face of adversity, to defend transparency, combat corruption, and ensure accountability in their own countries.”

The state department, in a separate statement, said the award aims to “recognize individuals who have demonstrated leadership, courage, and impact in preventing, exposing, and combating corruption.”

The US body described Sotto as a “standard-bearer for a new generation of Philippine politicians who prioritize anticorruption and transparency initiatives in their election campaigns and in office.” 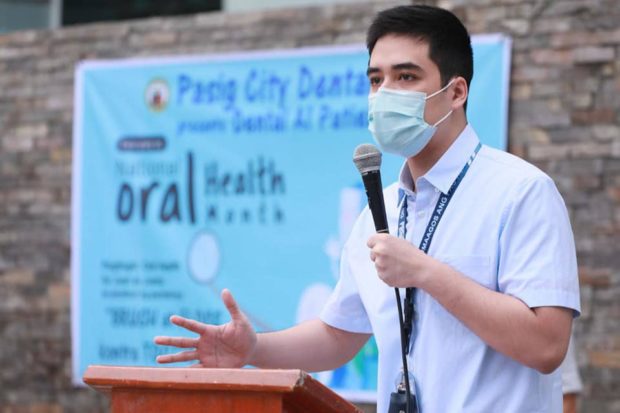 “In 2019, Sotto, then a 29-year-old city councilor, defeated an incumbent mayor whose family had ruled the city for 27 years. Sotto’s prior work on the city council resulted in freedom of information legislation that allowed city residents to request documents without having to provide a justification – the first such law in the Metro Manila area,” the statement read.

“Sotto has sought to solidify his reputation as a fresh voice with a new, more transparent approach to governance,” it added.

In recognizing Sotto, the US Department of State also noted that he has pledged to avoid kickbacks in the awarding of city contracts, established a 24/7 public information and complaints hotline, and formally involved civil society organizations in the city’s budgeting and policy making.

It added that the young mayor has also mandated that the value of all city government contracts be reduced by at least 10 percent, a move intended to reduce bribery in the awarding of contracts.

Aside from the Pasig mayor, other individuals recognized as anti-corruption champions are the following: