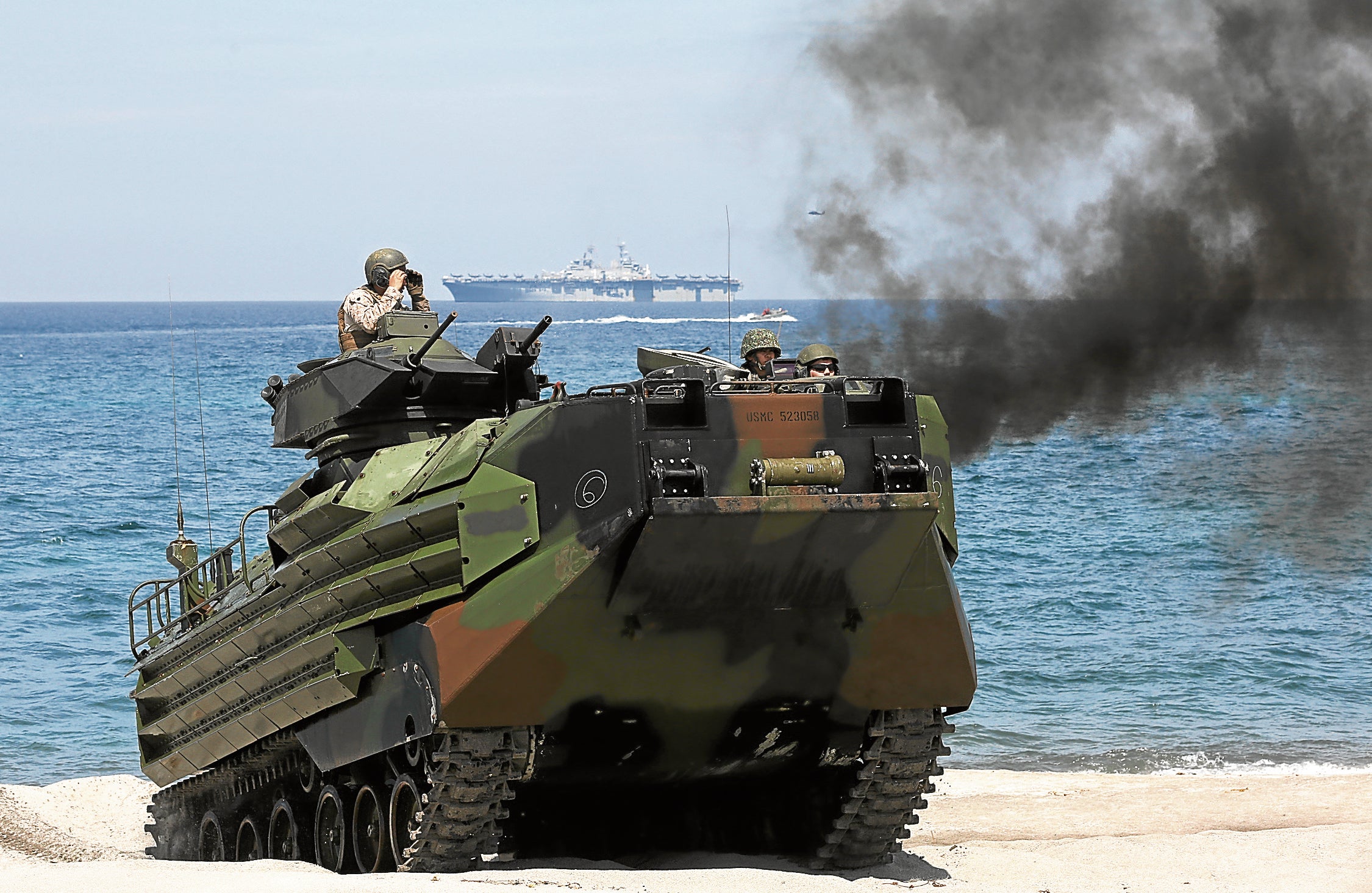 The Philippines has been skipping military exercises with the United States in order not to “exacerbate the situation in the South China Sea,” but Defense Secretary Delfin Lorenzana hopes the annual Balikatan exercises could resume in May.

“We don’t want anything—miscalculations or accidents—happening in the South China Sea because we are right smack in the center of the conflict if it happens,” Lorenzana said a day after speaking with US Defense Secretary Lloyd Austin III.

“We would be left in a pitiful state so it is in our interest to pursue a stable and peaceful South China Sea,” he said in a television interview.

“We also have to nurture our relationship with China, as a very close neighbor, and we have a lot of engagement with them especially in trade,” he noted, adding that there is a need to balance Philippine relations with all other countries.

He explained, “Our relationship with China has always been, since President Duterte became President, cordial and friendly and we don’t want to muddle the issue there.”

Lorenzana said his conversation with Austin lasted only 15 minutes but he invited the Pentagon chief to visit Manila if he comes to the region “so that we can talk more and discuss more the bilateral relations between our two countries.”

They could also have a meeting on the sidelines of the meeting of defense ministers of the Association of Southeast Asian Nations and partner nations in November if the event pushes through.

Lorenzana pointed out that the Philippine Navy annually conducts passage exercise with the US Navy within the 12-nautical-mile territorial waters in the West Philippine Sea.

“We just avoid going with them in the disputed islands and disputed area … because it raises tension on both sides. The claimants there also will be alarmed that a lot of exercises are going on there,” he said.

But Lorenzana hoped the Balikatan exercises, which is part of the country’s Visiting Forces Agreement (VFA) with the United States, would resume in May.

The Department of Foreign Affairs (DFA) confirmed in a statement that both representatives of both nations started bilateral talks on the VFA on Thursday.

“The Philippines and the US will indeed have a working-level meeting to discuss bilateral defense and security cooperation, as part of regular and continuing engagement with the US in strengthening alliance,” the DFA statement read.

But Foreign Affairs Secretary Teodoro Locsin Jr. posted on Twitter that officials involved in the talks were told not to grant media interviews or issue any statements on the meeting.