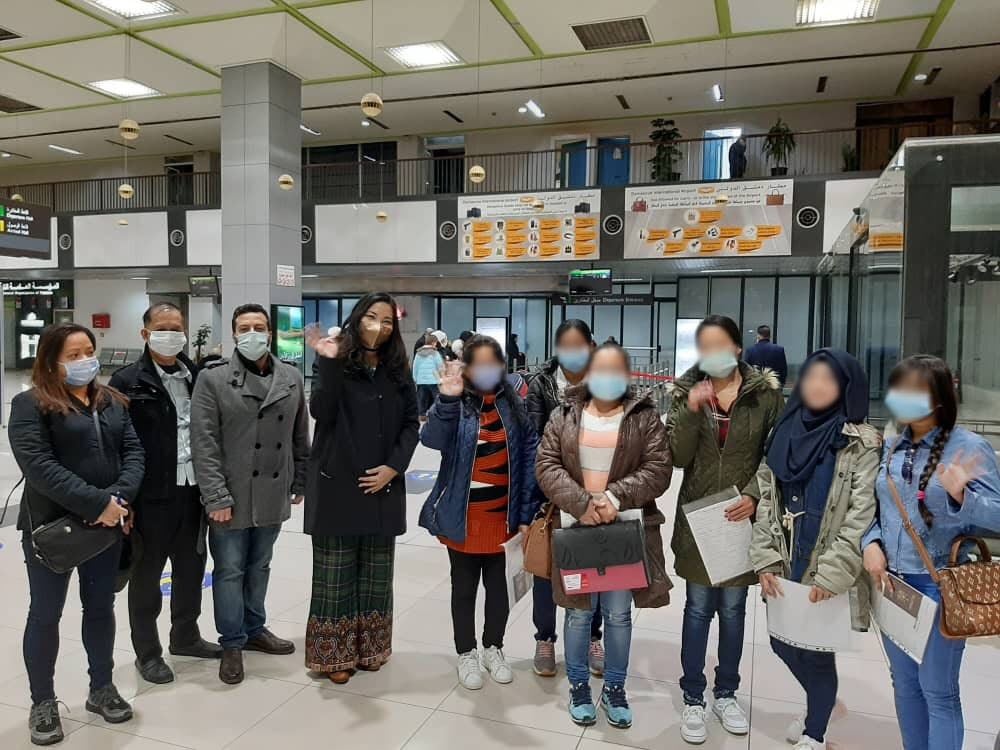 Image: Courtesy of the Department of Foreign Affairs

MANILA, Philippines — Six Filipina human trafficking victims in Syria are set to be repatriated to the Philippines, the Department of Foreign Affairs (DFA) said Saturday.

In a statement, the DFA said that the six Filipinas departed Syria on Thursday, and are set to arrive at the Ninoy Aquino International Airport Saturday afternoon after a layover in Abu Dhabi, United Arab Emirates.

The six are the first batch of the 38 Filipinas that are currently housed at the Philippine Embassy shelter in Damascus. They were all victims of human trafficking as they were illegally hired in Syria from being tourists in Dubai, the DFA said.

“The Department of Foreign Affairs through its Office of the Undersecretary for Migrant Workers’ Affairs and the Philippine Embassy in Damascus coordinated with the Inter-Agency Council against Trafficking (IACAT) led by the Department of Justice to assist the repatriates in the filing of criminal complaints against human traffickers who victimized them in their home provinces, in Dubai and in Syria,” the DFA said.

The DFA added that it was using its assistance to national fund and the legal assistance fund to “continuously assist the remaining wards with their ongoing court cases including making representations with Syrian immigration for the grant of exit visas for their eventual repatriation to the Philippines.”

“The Department’s augmentation team is likewise departing Manila next week to reinforce its current measures to ensure the safety and wellbeing of Filipino victims of trafficking currently staying in the Embassy’s shelter,” the agency said.

The Philippine Embassy in Damascus recently came under fire as The Washington Post reported the accounts of Filipino workers who said they experienced poor treatment while at the embassy shelter.