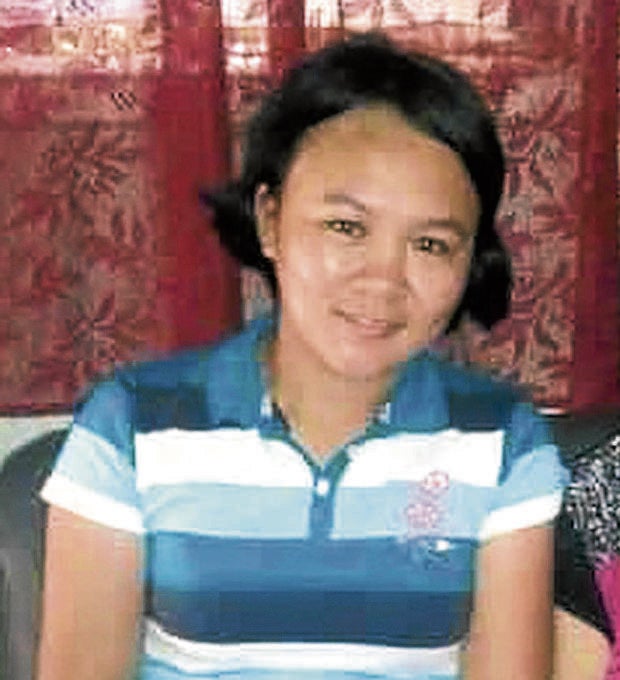 MANILA, Philippines — The Kuwaiti employer of murdered Filipino migrant worker Jeanelyn Villavende has been sentenced to death by a criminal court in the oil-rich Arab state, the Department of Foreign Affairs (DFA) announced on Thursday.

The Philippine Embassy in Kuwait reported that the court handed down the decision on Wednesday.

“[T]he Criminal Court sentence[d] a Kuwaiti citizen to death for the murder of her Filipino household worker Jeanelyn Villavende,” Locsin said. “[Philippine Embassy] lawyer Fawziya Al Sabah (thank you for your service, Sir) said the court’s decision was fair and in accordance with law and Sharia, as the accused assaulted her Filipino employee for days and imprisoned her in a room until her death.”

The Philippine Embassy in Kuwait reported that the court sentenced Villavende’s female employer to death by hanging and the woman’s husband to four years in prison.

“Villavende’s case against her abusive employers stood on solid ground—born out of the swift and transparent investigation made by Kuwaiti authorities, and the strong evidence presented before the court against her killers,” the embassy said in a statement.

“May the court’s decision on the Villavende murder case serve as a reminder to everyone that no Filipino is a slave to anyone, anywhere and everywhere, and that justice will always come to the defense of the weak and the oppressed,” it said.

In another social media post, Locsin thanked Kuwait’s ambassador to the Philippines, Musaed Saleh Ahmad Althwaikh, saying he owed the diplomat “a blood debt of gratitude.”

“They took my vow seriously: blood for blood, life for life. Thank you, Kuwait,” Locsin said. “To my brother, the Kuwait Ambassador to the [Philippines], I owe you a debt of blood gratitude. My thanks and that of my nation and people is eternal.”Villavende, a native of South Cotabato, went to Kuwait in July 2019 to work as a maid. She was found dead five months later, a victim of abuse. She was 26.

The embalming certificate showed that Villavende died on Dec. 28, 2019, due to “acute failure of heart and respiration as [a] result [of] shock and multiple injuries in the vascular nervous system.”

A separate autopsy done by the Philippines’ National Bureau of Investigation showed that Villavende’s brain, heart and other organs were missing.

Villavende’s death sparked widespread outrage in the Philippines. The Philippine government temporarily banned the deployment of maids to Kuwait to protest the violation of an agreement between the two countries for the protection of Filipino workers in the wealthy Arab state.

The ban was lifted later.

“We are glad about the conviction,” Nelly Padernal, Villavende’s stepmother, said in a radio interview in Koronadal City. “[But] Jeanelyn is gone forever.”

“We are thankful that it was really a death sentence,” Villavende’s father, Abelardo, said, and thanked all the people who had helped his family seek justice for his daughter.

“Now they’re even,” Villavende’s uncle Moises said, referring to the fate of his niece that her employer would now suffer. But he said it would have been “complete justice” had his niece’s male employer also been sentenced to death.

He said P5 million in “blood money” had been offered to the family, but his brother Abelardo had rejected it, preferring the death sentence for his daughter’s employers.

That aid and financial assistance from sympathizers has enabled the family to reacquire a mortgaged farm. It was the mortgage that had made Villavende seek employment abroad.

The family has also put up a variety store out of the financial help it has received.

—With reports from Bong Sarmiento and Edwin Fernandez

Read Next
US warships transit Taiwan Strait for second time this month
EDITORS' PICK
Is your company a growth champion? Stand up and be recognized!
New Year, New Rediscoveries
More than 150 National Guard in Washington for Biden inauguration test positive for coronavirus
PNP’s Covid-19 cases jump to 9,809; 52 new infections logged
Pope Francis to miss events due to new flare up of leg pain—Vatican
Acer Philippines welcomes you to its first flagship store
MOST READ
Why Kris Aquino sleeps with her pearls
AFP to apologize to UP alum falsely included in list of NPA members — Lorenzana
Ellen DeGeneres, too, is baffled by viral Filipino soda ad
Dustin Poirier knocks out Conor McGregor at UFC 257
Don't miss out on the latest news and information.