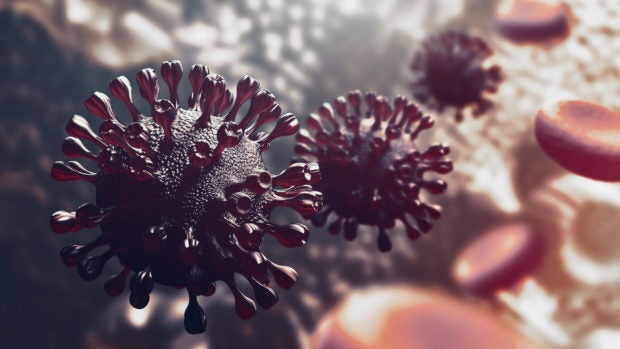 MANILA, Philippines — In just a few days following the discovery of a new variant of COVID-19 in Britain, more countries worldwide confirmed their own cases of the mutated virus. After Christmas day, the list of countries affected by the new variant reached 15.

The most recent was confirmed in South Korea on Monday. According to a report published by Reuters, the Korea Disease Control and Prevention Agency (KDCPA) found traces of the United Kingdom (UK) variant in three individuals from London who entered South Korea on December 22.

Meanwhile, both Canada and Sweden reported their first cases of the new COVID-19 variant on December 27. Health officials in Ontario announced that a couple tested positive for the new variant. However, reports said that the individuals had no known travel history and exposure or high-risk contact.

The Swedish Health Agency on the other hand explained that the new variant reached the country after a traveler from the UK suddenly got sick and tested positive for the virus.

On December 26, Spain detected four cases of the new variant. A report by Al Jazeera cited Madrid regional government’s deputy health chief Antonio Zapatero who explained that all four cases were people from the UK who recently landed in the country.

The publication added that in Lebanon, the new variant was detected on a flight arriving from London.

In a report by Kyodo News, Tamura explained that two of the five individuals landed at Haneda airport in Tokyo. Meanwhile, the other three arrived at Kansai airport in Osaka Prefecture.

On December 24, the German state’s health ministry said that an infected person from London Heathrow went to Frankfurt on December 20 to visit family and friends. The individual tested positive upon arrival.

December 23, Wednesday, Hong Kong, Italy, and Singapore bared that the country has been hit by the British-based COVID-19 variant. The initial case in Singapore is a 17-year-old Singaporean student from the UK.

Other countries that reported cases of the new, mutated virus are Australia, Denmark, and the Netherlands.

Last December 14, Matt Hancock, UK’s health secretary, reported that a new variant of COVID-19 identified as “B.1.1.7.” has been discovered in London and southeast of England. Almost a week later, he announced that the mutated virus has become “out of control.”

Forbes also published an article on December 24 citing a study at the London School of Hygiene and Tropical Medicine. According to the study (which has yet to undergo peer review), the new coronavirus variant can be 56 percent more transmissible than the pre-existing variant.

Prime Minister Boris Johnson had earlier stated that it “maybe up to 70 percent more transmissible than the earlier strain.”

However, both the World Health Organization (WHO) and the United States argued that there is no hard evidence yet to prove that the UK variant can be more contagious.

Following the sudden uptick in cases of the new COVID-19 variant across the globe, some countries have already imposed a strict travel ban that prohibits the entry of anyone from the UK.

Based on reports by the New York Times and Al Jazeera, these countries include:

Johnson earlier announced that London and south England – where the new variant was first detected – will be placed under Tier 4 restrictions. This means that at least 17 million residents will be asked to strictly stay at home, avoid meeting individuals from other households, and attend to non-essential businesses.

Meanwhile, in the Philippines, President Rodrigo Duterte on Saturday approved the recommendation to extend the UK travel ban for two more weeks. The government initially imposed a temporary ban on all flights from the UK starting December 24 to 31.

(We just consider the travel ban, Mr. President, if the new variant in that country is already at the level of community transmission.)