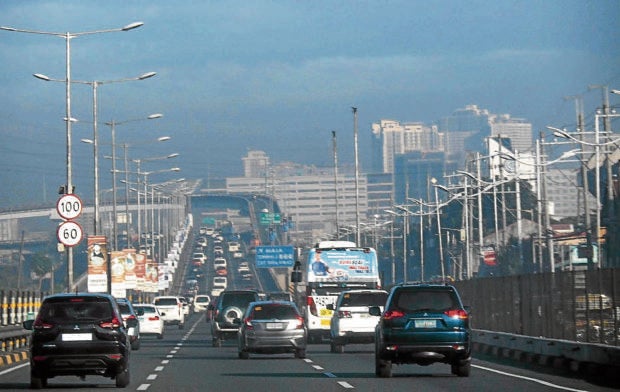 MANILA, Philippines — The Philippines commits to reduce its greenhouse gas emissions by 30 percent by 2040, according to the draft text of the country’s nationally determined contribution (NDC), one of the key components of the Paris climate deal.

Of this effort, only 2 percent, or 185.56 million metric tons (MT) of projected carbon dioxide (CO2) emissions, will be slashed “unconditionally,” or through measures implemented with domestic resources.

This means that the lion’s share of this commitment—some 2.48 billion MT of emissions—is dependent on financial aid and resources from the international community, mainly from industrialized countries considered historically responsible for the climate crisis.

The draft text, released to civil society organizations and other concerned parties last Tuesday, is the culminating product of a painstaking process that began in 2016 after the Philippines became a signatory to the Paris Agreement.

The NDCs are tools to communicate each country’s actions on climate adaptation and mitigation post-2020, or five years after the historic climate deal was signed in France.

Together, these pledges are used to determine whether the world is on the right track in achieving the long-term goals of the Paris deal, which is to keep the rise in global temperature to 1.5 degrees Celsius.

“The NDC also articulates that … we are aspiring to peak our emissions by 2030 in the context of accelerating the just transition of our sectors into a green economy,” said Emmanuel de Guzman, executive director of the Climate Change Commission (CCC), which spearheaded and facilitated the NDC process during a virtual multistakeholder consultation on Wednesday.

The country’s carbon emissions will be slashed from sectors identified as major sources, mainly the agriculture, transport, energy, forestry, waste and industry.

Aside from the reduction commitment, the country expressed its intention to implement an “aspirational target” of at least 15,000 megawatts (MW) of additional renewable energy capacity by 2030.

De Guzman said the CCC had recommended a “preliminary submission” of the country’s NDC to the UN Framework Convention on Climate Change (UNFCCC) by year-end. Another submission detailing specific measures and policies may be considered in 2021.

In 2015, the Philippines pledged to cut its carbon emissions by 70 percent by 2030, but is purely conditional on aid from foreign sources.

An analysis from Climate Action Tracker showed that this pledge is not fully consistent with the Paris Agreement, falling within the 2C goal instead.

“The 2-percent unconditionality may look small for now, but it is still a welcome development nonetheless, which we hope to enhance in the coming weeks and months,” said Nazrin Castro, head of the The Climate Reality Project in the Philippines, in an interview last week.

Added Castro: “I view this as the Philippines taking more ownership of its mitigation actions without being too overly dependent from foreign resources.”

Energy and climate think tank Center for Energy, Ecology and Development, however, questioned the continued inclusion of coal and other fossil fuels in the country’s energy pathway, even as the country aims to further increase its renewable energy capacity.

“Having a bigger additional renewable energy capacity target—though still much less than the climate-ideal setup of 100-percent renewable energy—than before, as noted by the Department of Energy, is a good step forward,” said Gerry Arances, the center’s executive director. “But without phaseout plans for coal, we are bound to repeat carbon-intensive mistakes of the past.”

“Twenty forty is also a too distant goal post,” he told the Inquirer, “and to use 2010 as base year adds to the lack of ambition.”

Climate groups decried the lack of transparency in the NDC process, noting that the three-page draft document was only circulated the night before the multistakeholder consultation, and less than 10 days before the supposed submission to the UNFCCC.