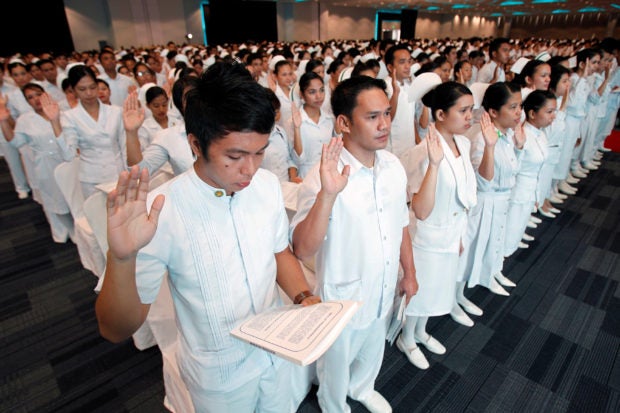 MANILA — Philippine President Rodrigo Duterte has approved ending a ban on deploying the nation’s healthcare workers, his labor minister said on Saturday, clearing the way for thousands of nurses to take up jobs overseas.

“The president already approved the lifting of the temporary suspension of deployment of nurses and other medical workers,” Labor Secretary Silvestre Bello told Reuters.

Bello said the spread of the novel coronavirus was slowing down in the country and conditions were improving, so the government could afford to let its healthcare workers leave.

The Philippines has the second-highest number of COVID-19 cases and deaths in Southeast Asia, but daily case numbers and death rates have dropped.

To ensure the Philippines has enough medical professionals to continue to fight the pandemic at home, only 5,000 healthcare workers will be allowed to leave every year, Bello said.

“We are starting only with a cap of 5,000 so we will not run out (of medical workers), but this may increase eventually,” Bello said. 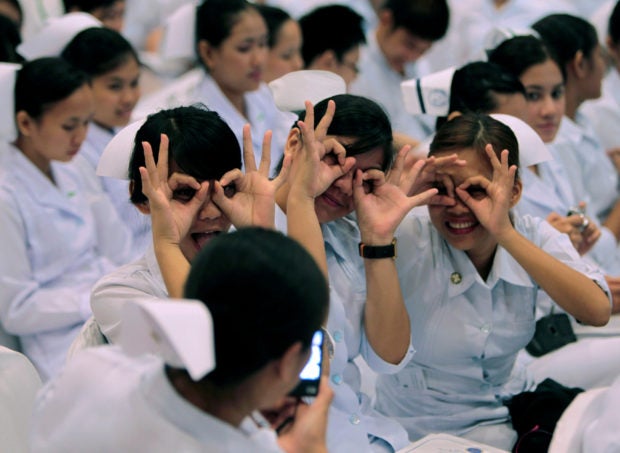 FILE PHOTO: Newly graduated nurses gesture while having their picture taken by a friend before the oath taking ceremony of the professional nurses inside a mall in Manila September 20, 2010. REUTERS/Romeo Ranoco/

The government in April barred nurses, doctors and other medical workers from leaving, saying they were needed to fight the coronavirus crisis at home.

Thousands of health workers, who call themselves “priso-nurses,” had appealed to the government to let them take jobs abroad, Reuters reported in September. The nurses say they feel underpaid, under-appreciated and unprotected in the Philippines.

While the lifting of the travel ban was a “welcome development,” Maristela Abenojar, President of Filipino Nurses United, challenged the government to make true its commitment to give its nurses better pay and benefits if it wants them to stay.

Filipino health workers are on the front lines of the pandemic at hospitals in the United States, Europe and the Middle East as well as at home.

Hospital bed occupancy has also eased from critical levels, and the government has been gradually easing quarantine restrictions to jumpstart the coronavirus-hit economy.