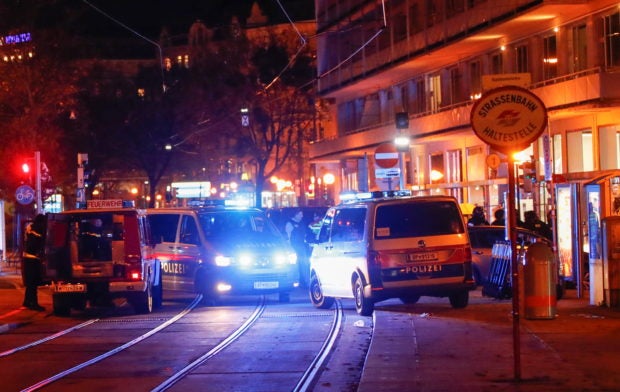 MANILA, Philippines — No Filipinos have been reported injured in a recent shooting in Vienna, Austria where at least one has been killed, the Department of Foreign Affairs (DFA) said Tuesday.

“As of last night, our report from the [Philippine] Embassy in Vienna is that no Filipinos have been reported hurt,” DFA Executive Director for Strategic Communications Ivy Banzon-Abalos told reporters in a message.

The shooting killed at least one person and wounding several others in what the interior minister said appeared to be a terrorist attack.

Several “heavily armed and dangerous” attackers were still on the loose as police shut down and sealed off large parts of central Vienna in a manhunt, Interior Minister Karl Nehammer said.

According to Abalos, local police have requested all residents to stay indoors.

Meanwhile, the embassy is currently in touch with members of the Filipino community there as it continues to monitor the situation, the DFA official added. (with a report from Reuters)