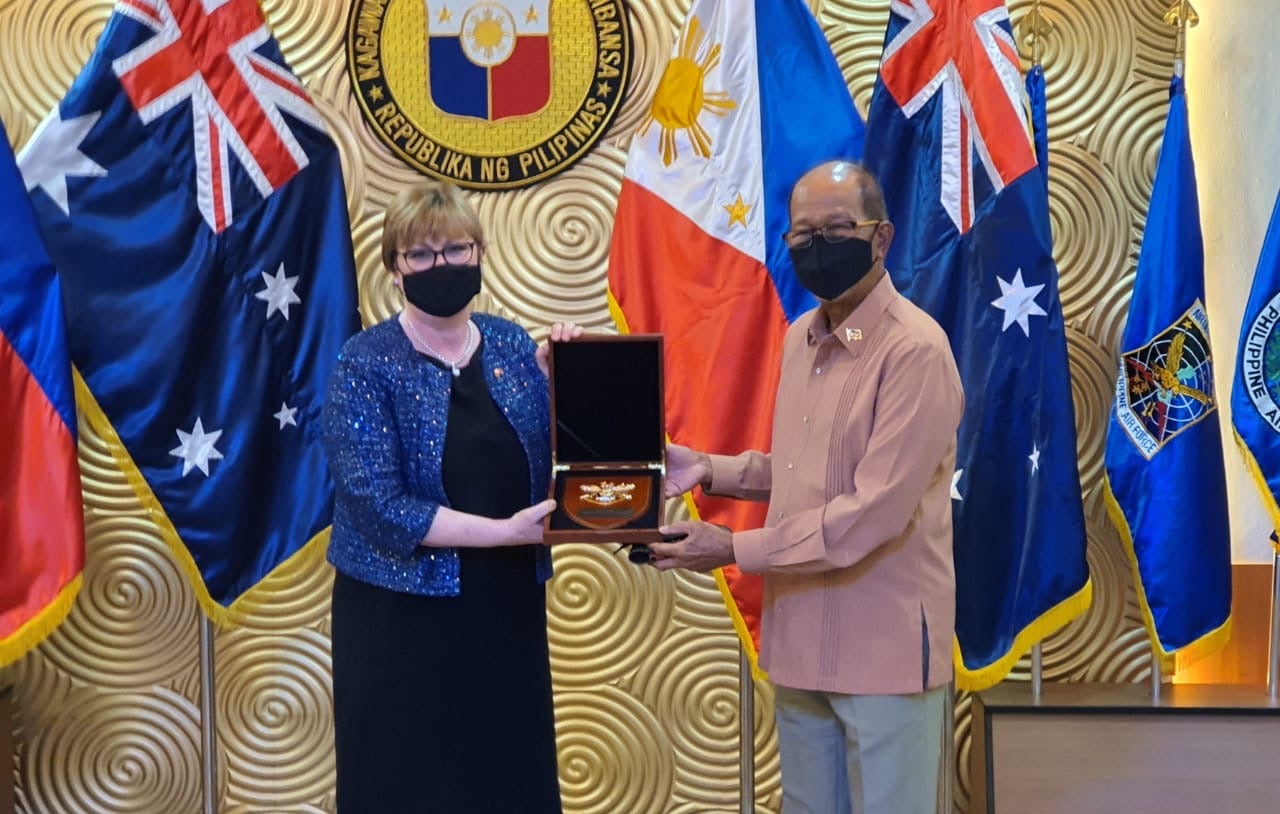 In a statement about the visit, the Australian Embassy said the two defense officials discussed a shared commitment to regional security and stability, particularly in the South China Sea and COVID-19 efforts.

Reynolds was in the Philippines as part of her East Asia tour, which included stops in Japan, Singapore and Brunei, which were aimed at boosting engagement with regional partners. She met Lorenzana at the Philippine Air Force’s Villamor Air Base in Pasay City.

The Australian Embassy said health protocols were strictly observed during the meeting between Reynolds and Lorenzana.

In a statement ahead of her tour, Reynolds said she will engage regional counterparts “on shared challenges and new opportunities in our bilateral partnerships.”

“Our longstanding regional partnerships have always been important to Australia, but they have taken on a new significance in the context of our evolving strategic environment,” she said.

She urged “like-minded countries” to work together “in support of shared interests to strengthen our collective security, sovereignty and resilience to coercion.”

Reynolds affirmed Australia’s interest in upholding maritime security in the region, including the South China Sea, and its support for the rights of all states to exercise freedom of navigation and overflight in accordance with the United Nations Convention on the Law of the Sea.

As part of her visit, she also announced that Australia will provide P70 million worth of medical and personal protective equipment to support the infectious disease wards at the Armed Forces of the Philippines’ five main medical centers across the country, the embassy said.

The donations would be on top of P35 million worth of help that Australia, through its Enhanced Defence Cooperation Program, provided the Philippines for the expansion of the infectious disease ward of the Victoriano Luna Medical Center in Quezon City, a military hospital, earlier this year.