The Philippines has lifted a nearly six-year moratorium on oil exploration in the West Philippine Sea to support a 2018 memorandum of understanding (MOU) with China to cooperate in the development of resources in the disputed waters, Energy Secretary Alfonso Cusi said on Friday.

“This unilateral action is done in good faith, not to set aside or undermine the MOU,” he said.

Cusi announced on Thursday night that President Duterte had approved the recommendation of the Department of Energy (DOE) to lift the suspension of development work in waters off Palawan province, particularly in areas covered by Petroleum Service Contract (SC) Nos. 59, 72 and 75. 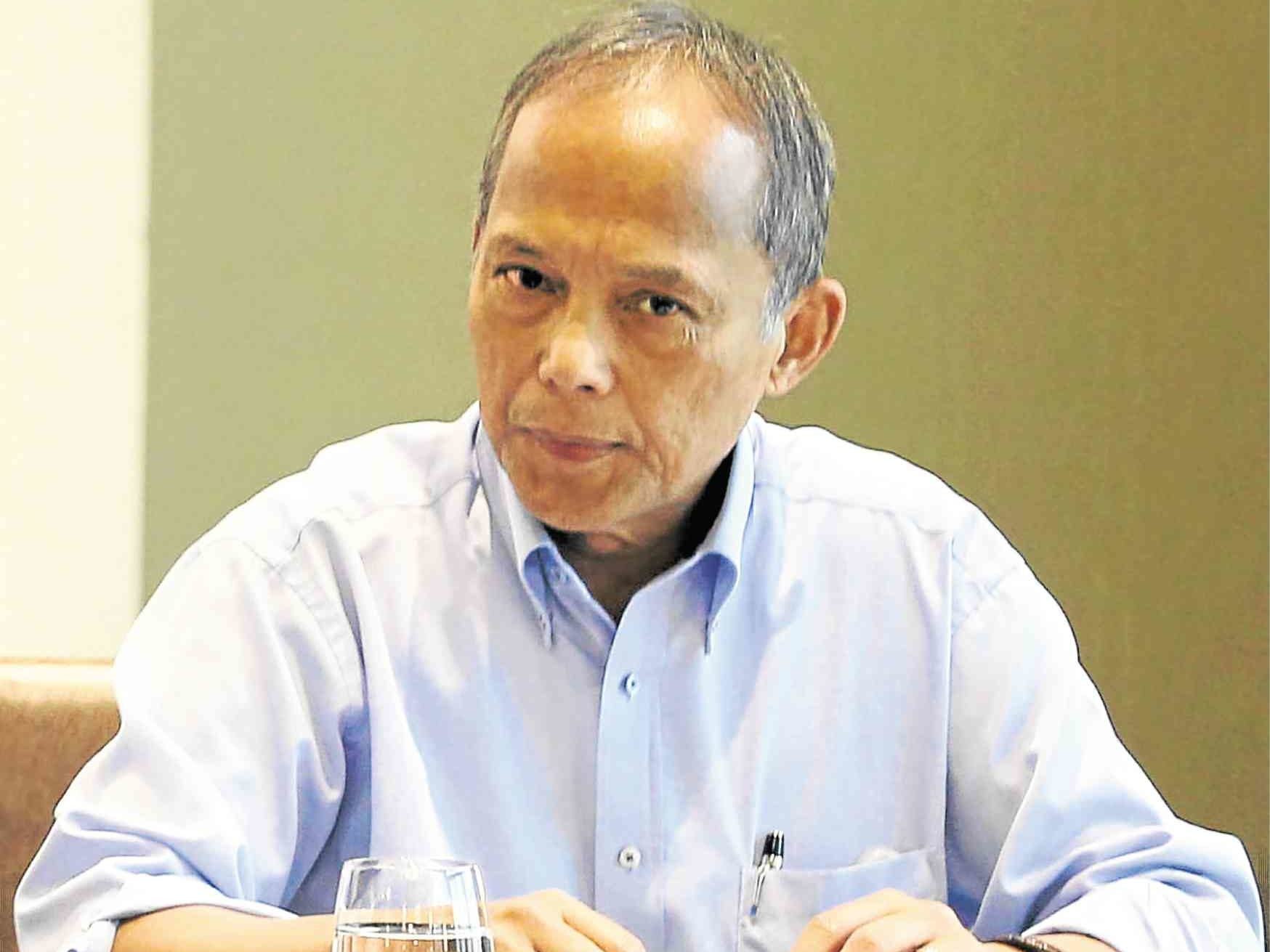 “We need to explore so we may address the country’s energy security,” he said in a statement.

“The lifting of the suspension places the service contractors under legal obligation to put capital into the contract areas and hire Filipino engineers and technical workers to resume exploration,” Cusi said.

Asked when such activities would resume, Cusi told reporters in a virtual press briefing on Friday that he was not yet aware of any schedule.

Due to the maritime dispute with China, the DOE under the Aquino administration declared a force majeure—the moratorium of activities—in these areas as early as December 2014.

Maritime expert Jay Batongbacal said that the go signal for oil exploration was a “legal development” to assert the country’s rights on the West Philippine Sea as affirmed by the international arbitral tribunal’s 2016 ruling in favor of the Philippines which invalidated China’s expansive claims over the South China Sea.

“It’s an exercise of exclusive sovereign rights so you can consider it an implementation of the arbitration award,” he said in a phone interview with Inquirer.

“No. 2, it’s long delayed because the moratorium should have been lifted soon after the arbitration award was handed down,” Batongbacal said.

He said holding off on petroleum exploration in the West Philippine Sea was an “accommodation to China.”

But with the decision to resume the search for oil and gas “it appears that the accommodation has ended,” said Batongbacal, director of the University of the Philippines Institute of Maritime Affairs and Law of the Sea.

However, he warned that there was a risk that China would prevent the Philippines from exploring its own seas, given that China took “harsh measures” against Vietnam for the same reason.

Batongbacal also said the timing to end the moratorium was “off.” Because it is monsoon season and several storms are expected to hit the Philippines, the exploration could start late November at the earliest.

“The next thing to watch out for is whether Philex will go ahead and whether the Philippines will commit resources—Navy or Coast Guard to protect the activity,” he said.

Cusi said the contractors should not worry about their safety and security when they resume work.

He said the Philippines had declared a “safety and security zone with a radius of 500 meters around the structures and work area of exploration,” which would be enforced by the Philippine Navy.

“I am sure China will respect our actions,” the energy chief said.

He cited recent words of assurance from a Chinese government spokesperson who said Beijing believed that members of the Association of Southeast Asian Nations “will continue to work with China to … make this region an oasis of peace and a promising land of development, and provide greater stability and inject more positive energy to regional and global development.”

In Beijing, Foreign Ministry spokesperson Zhao Lijian told a daily briefing on Friday that China hoped it could work together with the Philippines in jointly developing energy projects in the South China Sea.

Presidential spokesperson Harry Roque said the search for oil and natural gas in the West Philippine Sea could now continue amid friendly ties between the Philippines and China.

The oil exploration MOU was one of more than two dozen agreements signed during Chinese President Xi Jinping’s visit to the country in November 2018.

Details of the MOU were not disclosed. Cusi said then that the MOU was “just a cooperation to explore solutions” on “how we can enjoy the resources” in the South China Sea.

SC 59 is located southwest of Palawan while SC 75 is northwest of the province. SC 72 is in Recto (Reed) Bank.

Within the SC 72 is a block where the Sampaguita natural gas prospect is located. Sampaguita might be the next big gas discovery after Malampaya.

Forum Energy, an affiliate of PXP, reported about a decade ago that based on a 2006 study, the Sampaguita field had a potential of up to 566 billion cubic meters of natural gas, more than five times the initial estimate.

According to Energy Undersecretary Leonido Pulido III, the affected licensees are expected to pour in an estimated $25 million in investments with the lifting of the force majeure and a total of $78 million for the total remaining work commitment program period of their service contracts.

Sen. Sherwin Gatchalian, chair of the Senate energy committee, welcomed the President’s decision as gas from Malampaya was dwindling.

“It will augur well in ensuring the country to be energy-sufficient if there are potential sources within the EEZ [exclusive economic zone], which could secure our energy supply in the coming years,” Gatchalian said in a statement.

Malampaya accounts for 20 percent of the power supply of the country and almost 30 percent of Luzon, he said.

The service contracts “could be new sources of oil and gas which can secure, if not contribute to stabilizing the country’s energy supply,” Gatchalian said.

“This could also open up the area to prospective investors under the Philippine Conventional Energy Contracting Program which is designed primarily to attract investors to explore indigenous energy resources,” he said.

Former Foreign Secretary Albert del Rosario, a critic of the President’s stance toward China and Beijing’s actions in the West Philippine Sea, praised Duterte’s decision, calling it “a constructive move.”

“For as long as we pursue activities with China that is in accordance with Philippine law, this would be a step in the right direction toward a peaceful settlement of disputes,” Del Rosario said.

The Recto Bank is about 200 kilometers west of Palawan, well within the Philippines’ 370-km EEZ, where the country claims exclusive rights to explore and exploit its resources.

In August 2014, two Chinese hydrographic research vessels were spotted near the Recto Bank.

It was unclear how long the Chinese vessels stayed in the area, but their presence was interpreted by Manila as the first provocative act by Beijing since it rejected the Philippine proposal for a freeze in activities that escalate tensions in the sea.

The ships’ presence came more than a year after the Philippines filed a case in the international arbitral tribunal challenging China’s claims over nearly the entire South China Sea.

In March 2011, two Chinese gunboats sailed too close to a vessel that was surveying at Recto Bank for oil and gas, forcing the Philippine military to send aircraft and vessels to drive them away.

The Department of Foreign Affairs maintains that the Philippines has exclusive sovereign rights over Recto Bank as it forms part of the continental shelf of the Philippine archipelago under the United Nations Convention on the Law of the Sea.

The Chinese foreign ministry, however, insisted on its claims over the area and that explorations there required a permit from Beijing. —WITH REPORTS FROM LEILA B. SALAVERRIA, MARLON RAMOS,, INQUIRER RESEARCH AND REUTERS