MANILA, Philippines — The European Parliament threatened to revoke the Philippines’ trading privileges with the European Union if it will not implement international conventions on human rights and urged the International Criminal Court (ICC) to continue its inquiry into allegations that President Rodrigo Duterte committed crimes against humanity in his bloody war on drugs.

Voting 626 to 7, with 52 abstentions, the elected legislative body of the European Union on Thursday adopted a resolution expressing its “deepest concern at the rapidly deteriorating human rights situation” in the country under Duterte and strongly condemned the thousands of alleged extrajudicial killings.

The European parliamentarians also called on Philippine authorities to “step up efforts to tackle corruption effectively,” reminding the country that it enjoys trade benefits under the Generalised Scheme of Preferences Plus (GSP+), which could be revoked if the government failed to meet certain standards.

The privilege allows the Philippines to export 6,200 products tariff-free to the 27 EU member states.

“This status is dependent upon its ratification and implementation of 27 international conventions on human rights, labor rights, environmental protection and good governance,” the resolution said.

The EU lawmakers want to start the process of taking away the trade benefits, unless the Duterte administration demonstrated a “substantial improvement and willingness to cooperate.”

“Given the seriousness of the human rights violations in the country, [the European Parliament] calls on the European Commission … to immediately initiate the procedure which could lead to the temporary withdrawal of GSP+ preferences,” the nine-page resolution said. 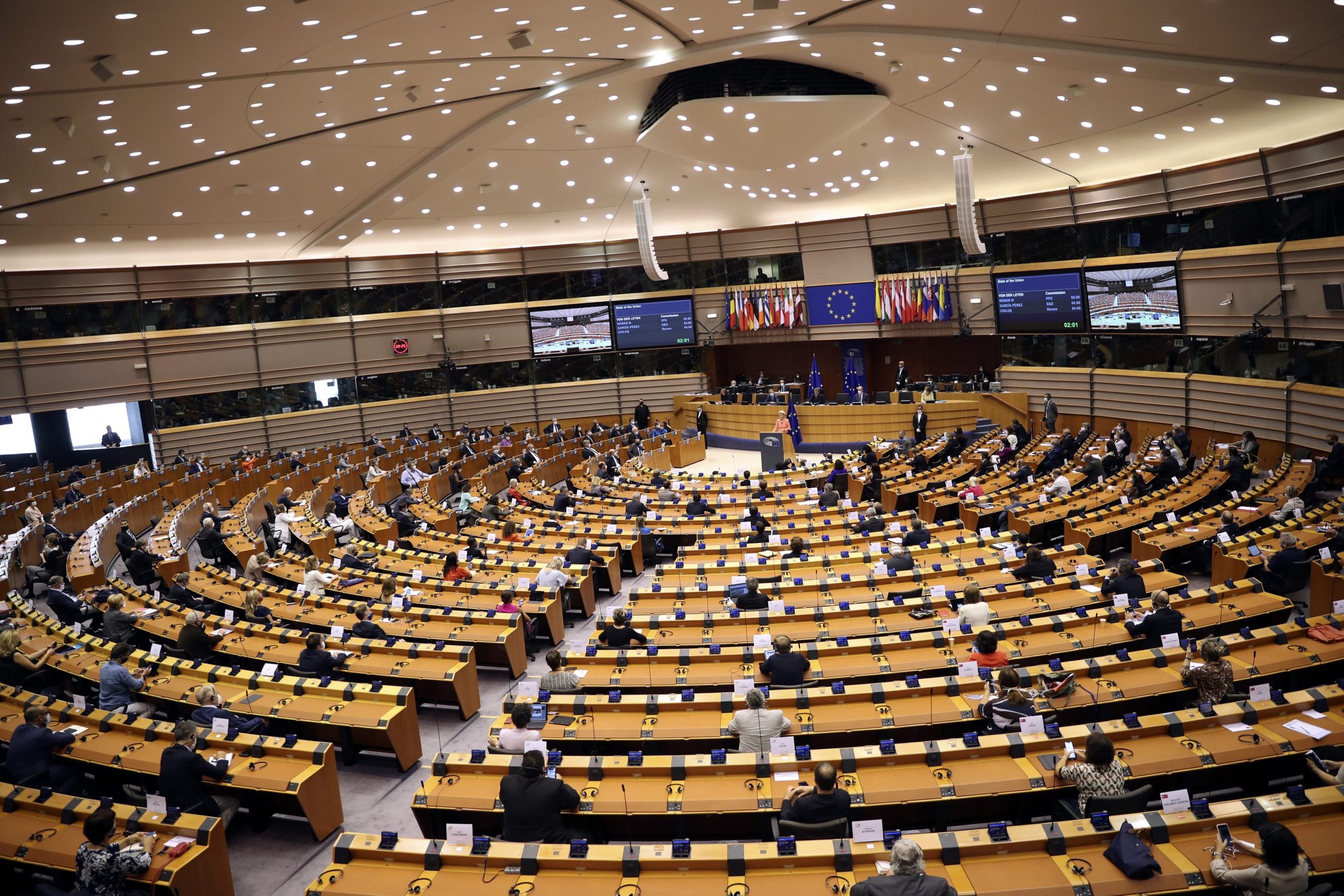 ‘DEEPEST CONCERN’ Voting 626 to 7, with 52 abstentions, the elected legislative body of the European Union on Thursday adopted a resolution expressing its “deepest concern at the rapidly deteriorating human rights situation” in the Philippines under President Duterte. —AP FILE PHOTO

Angered by the move, presidential spokesperson Harry Roque dared the European parliamentarians to “go ahead” and revoke the country’s trading privileges.

“I’m sorry I’m being very undiplomatic in my answer, but what else can I say? At the time of a pandemic, they are threatening us? What else do we lose?” he said at a press briefing in Baguio City on Friday.

“Our economy will shrink more because of COVID-19, and so we expect that this plan of Europe to suspend our GSP privilege will be an added burden,” Roque said.

He went on to say that if the Europeans “really want to do it, we cannot do anything. Let them watch as the Filipino people suffer.”

Roque said the Europeans would be “the biggest contributor to the violation of right to life of Filipinos” if they revoked this trading privilege.

He slammed the move by “former colonial masters” which he said was triggered by a “classic case of misinformation” by Jose Maria Sison, the founding chair of the Communist Party of the Philippines who lives in exile in the Netherlands.

Roque urged members of Congress and the country’s ambassadors to European nations to “tell them the truth” about the real situation in the Philippines to stop the spread of Sison’s “lies.”

Other than trade sanctions, the resolution also called on the EU members to support a proposal at the ongoing 45th session of the UN Human Rights Council (UNHRC) to establish an “independent, international investigation” of human rights violations in the Philippines since 2016.

The parliamentarians listed other reports that have raised alarms, including: threats, harassment, intimidation, rape and violence against those exposing extrajudicial killings; the killings of human rights workers Jory Porquia and Zara Alvarez, and peace consultant Randal Echanis; and the “deteriorating” press freedom in the country.

It cited the case of Rappler CEO Maria Ressa, who has been convicted of cyberlibel, and the shutdown of broadcast giant ABS-CBN.

The resolution also called for the immediate release of detained Sen. Leila de Lima, saying she was being held on “politically motivated charges.” It also “expressed serious concern” about the recently passed Anti-Terrorism Act.

In a statement on Friday, De Lima lauded the European Parliament’s resolution, saying that it “reminds us that the world is constantly watching and that justice will catch up to those who do injustice to others one way or another.”

Duterte’s staunchest critic also appealed to the UNHRC, the ICC and foreign governments to “step up their efforts in fighting rights violators in the country.”

“It is high time that governments must step up the displeasure and pressure over the unmitigated and persisting human rights atrocities [in the Philippines,]” he said.

The resolution is proof that the “whole world is giving the perpetrators and enablers of the brazen violations the heavy thumbs down,” Olalia said.

The European Parliament also called on the Duterte government to halt all efforts to reinstate the death penalty, to protect the human rights of indigenous peoples and the LGBT, and to disband private and state-backed paramilitary groups which target suspected drug offenders.

Trade Secretary Ramon Lopez tried to play down the resolution, saying he didn’t see any reason for the European Union to withdraw the trading privilege that has been enjoyed by the country since December 2014.

The GSP+ is also a way for the European Union to encourage developing countries to pursue sustainable growth, since this perk is conditioned on the beneficiary’s commitment to international conventions on human and labor rights, environmental protection and good governance.

This is the third time that the European Parliament had threatened to take such action against the Duterte administration.

Lopez said the main agency that has a say in the GSP+ was not necessarily the European Parliament but the European Commission, which has a mechanism to “verify issues before sanctions are imposed.”

He said in a Viber message that Filipino officials have been able to “explain objectively the Philippines’ side on issues that are raised and we don’t see any reason why our GSP+ privilege will be withdrawn.” —with reports from Julie M. Aurelio, Roy Stephen C. Canivel and Marlon Ramos