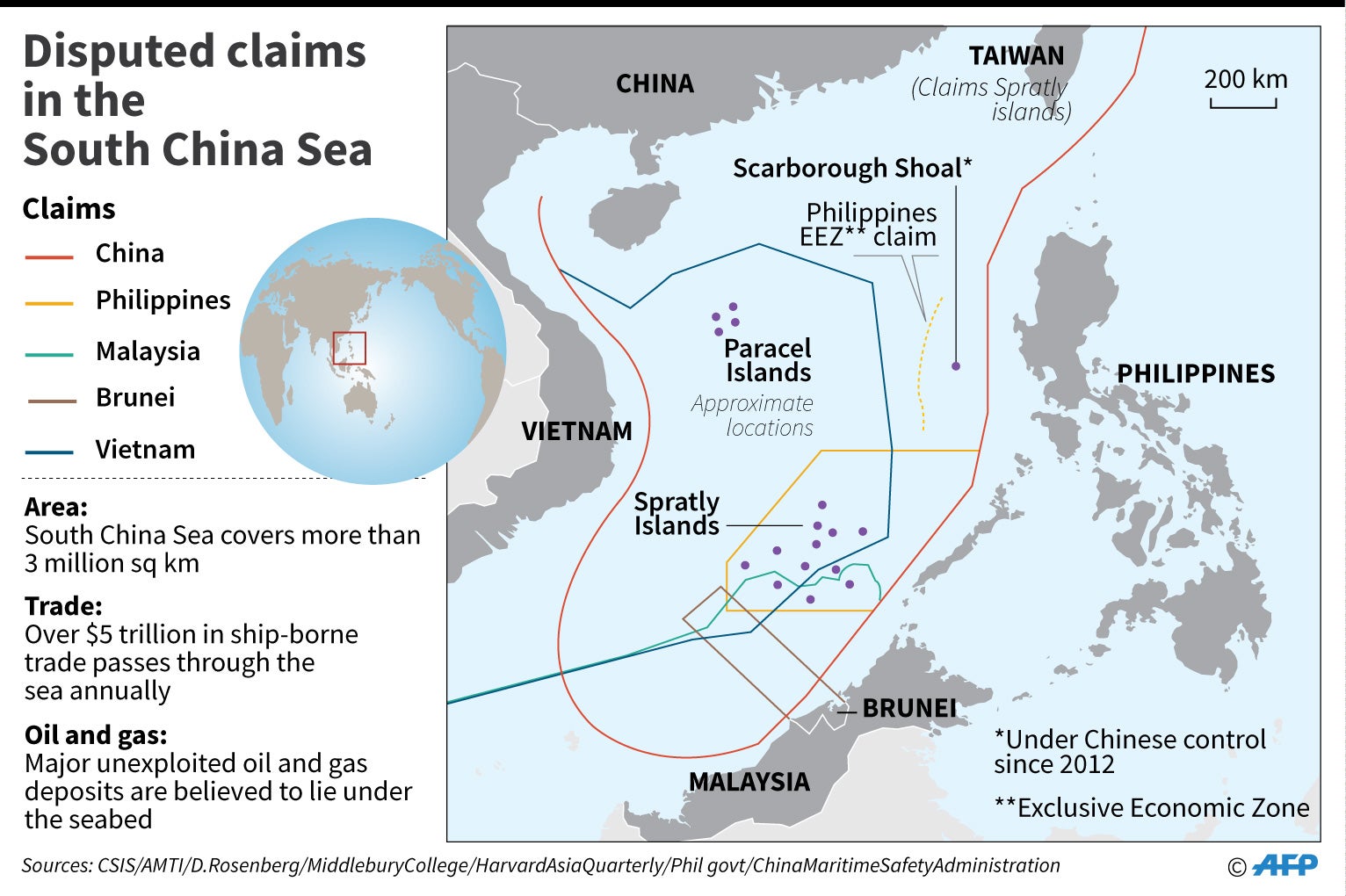 Carpio was commenting on the recently filed joint note verbale of the United Kingdom, France, and Germany before the United Nations in New York, rejecting China’s sweeping claims over the South China Sea.

“France, Germany and the United Kingdom also highlight that claims with regard to the exercise of ‘historic rights’ over the South China Sea waters do not comply with international law and UNCLOS (United Nations Convention on the Law of the Sea) provisions and recall that the arbitral award in the Philippines v. China case dating to 12 July 2016 clearly confirms this point,” the joint note verbale said.

Other countries like the U.S. and Australia have earlier expressed strong support to the arbitral award.

China’s mythical nine-dash line in the South China Sea had been rejected as illegal and without a basis in 2016 by the Permanent Arbitration Court in a case filed by the Philippines.

“The Filipino people should be deeply thankful to these countries for supporting the arbitral award and ensuring that the rule of law will prevail in the oceans and seas of our planet,” Carpio said in a statement.

He said the joint note verbale filed by the three countries “serves as a warning to China that it cannot draw straight baselines around distant offshore islands or archipelagos since China is not an archipelagic state.”

The three countries also emphasized the importance of the unhampered exercise of the freedom of the high seas, which Carpio said should be welcomed by Filipinos, as it meant “that there are high seas, and exclusive economic zones of coastal states in the South China Sea, effectively debunking China’s claims to historic rights to the South China Sea.”