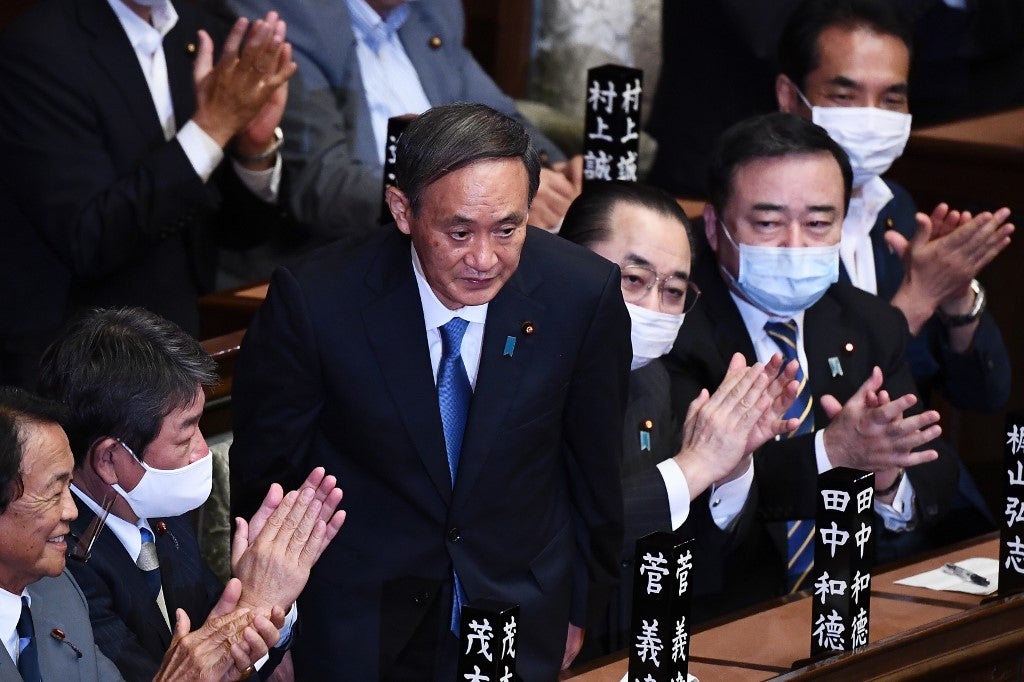 Newly elected leader of Japan’s Liberal Democratic Party (LDP) Yoshihide Suga (C) is applauded after he was elected as Japan’s prime minister by the Lower House of parliament in Tokyo on September 16, 2020. (Photo by CHARLY TRIBALLEAU / AFP)

Presidential spokesperson Harry Roque said this as the Palace congratulated Suga for his election as Shinzo Abe’s successor.

“The Philippines considers Japan as a close friend—a friend closer than a brother. We are committed to do everything to make these ties move from strength to greater strength,” Roque said in a televised Palace press briefing.

Abe resigned due to health reasons.

In a recent statement, President Rodrigo Duterte wished Abe a fast and full recovery as he touted the improved bilateral relations between Japan and the Philippines under the latter’s leadership.

“He is to me and the Filipino people — a true friend closer than a brother. To Prime Minister Abe, I pray for your speedy and full recovery,” Duterte said.