Filipino survivor of capsized ship in Japan in good health; to return to PH | Global News

Filipino survivor of capsized ship in Japan in good health; to return to PH 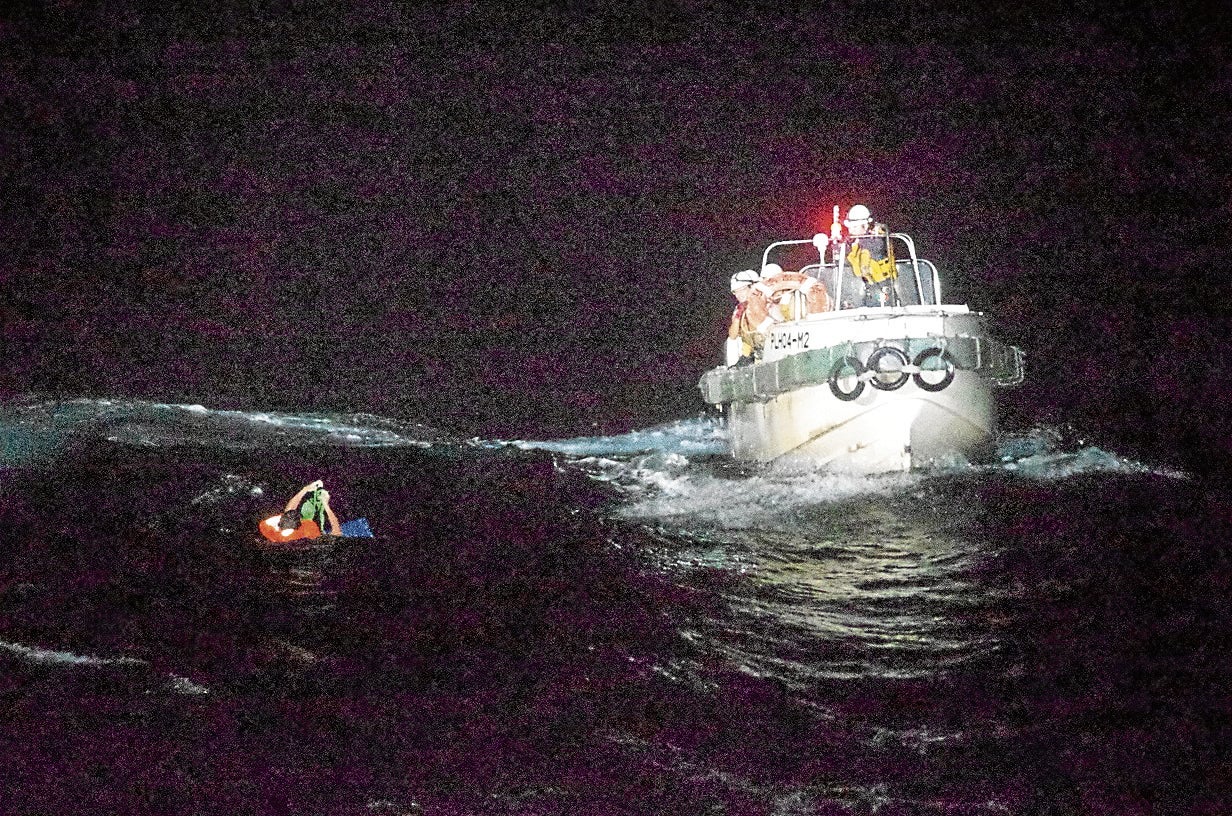 ONE FOUND A Filipino crewman of the cargo vessel Gulf Livestock 1 is rescued by a Japan Coast Guard boat during a search and rescue operation at the East China Sea, west of Amami Oshima Island in southwestern Japan. FILE PHOTO / REUTERS

MANILA, Philippines — The only Filipino crew member of the missing cargo vessel so far rescued by the Japanese Coast Guard is in good health and will soon be repatriated, according to the Philippine Embassy in Tokyo.

In an update on Friday, the embassy reported that chief officer Eduardo Sareno is now recovering in a hospital.

“He will be repatriated to the Philippines once [COVID-19] protocols are cleared,” it said.

The Japanese Coast Guard rescued Sareno on Thursday. Meanwhile, “a man face-down adrift at sea” was recently found by a coast guard vessel.

The man was discovered as the search mission continued for survivors from the Panamanian-flagged cargo ship that capsized off Japan’s west coast as Typhoon Maysak passed through the area.

“This morning, an unidentified person was found floating face down. It was later reported that the person was wearing a blue jacket with the label ‘FITTER.’ Proper identification is still being conducted,” the Department of Foreign Affairs (DFA) said in a separate statement.

The ship was carrying a crew of 39 Filipinos, two New Zealanders, and two Australians, and was traveling from Napier in New Zealand to the Chinese port of Tangshan.

According to the DFA, the embassy and consulate general is Osaka as well as the Philippine Overseas Labor Office are coordinating with the Filipinos’ local manning agency, the ship owner and the Japanese Coast Guard “to extend all appropriate assistance for the Filipino seafarers and their families.”

“The Philippine Government is grateful to the Japanese Coast Guard carrying out the search for the crew members of the Gulf Livestock 1,” the DFA said.

“The DFA remains hopeful that the other Filipino seafarers will soon be found,” it added.