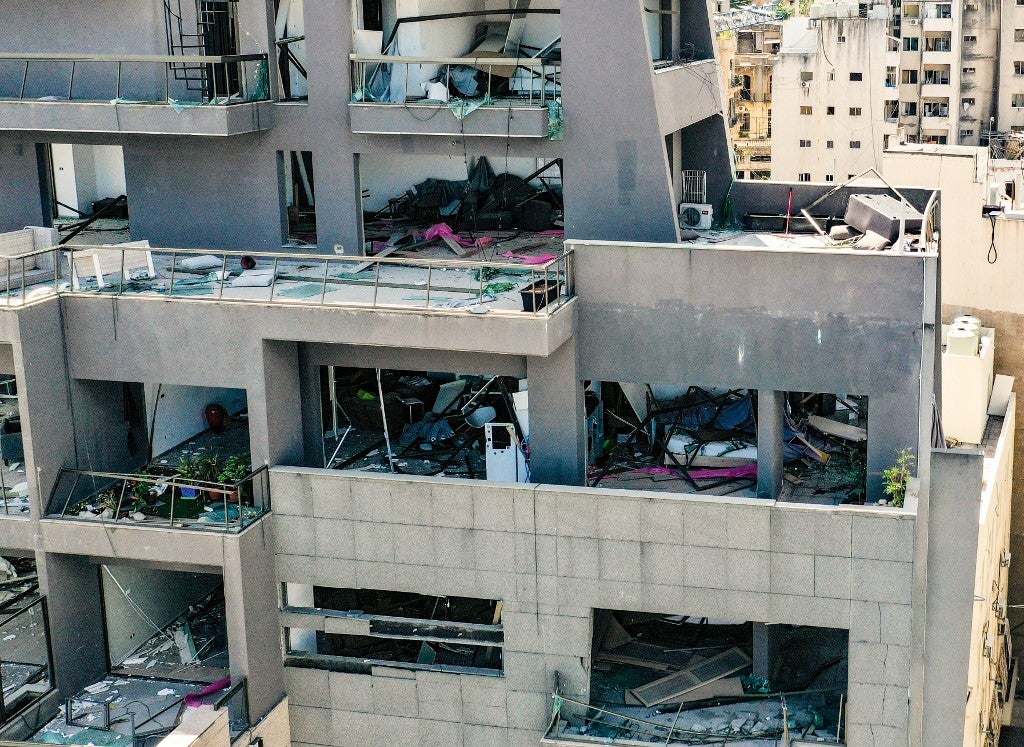 An aerial view shows the damaged flats of a building in a Beirut neighbourhood, days after a huge chemical explosion hit the nearby port, devastating large parts of the Lebanese capital and claiming over 150 lives. (Photo by – / AFP)

MANILA, Philippines — The number of Filipinos who sustained injuries following the powerful explosion in Beirut, Lebanon has reached 47, the Department of Foreign Affairs (DFA) reported Monday.

This came after the DFA reported five additional Filipino nationals who were injured due to the blast.

“We are still thankful that the injuries sustained by our kababayans are not life-threatening. We also thank our Embassy personnel for taking prompt action,” Undersecretary Sarah Lou Y. Arriola said in a statement.

DFA said it is preparing the repatriation of the remains of the four Filipinos who died in the blast, while a chartered flight will also be available to repatriate some 400 overseas Filipino workers (OFWs) who wish to return home.

Arriola said the cost of the repatriation of the OFWs will be shouldered by the government.

There are approximately 33,000 Filipinos in Lebanon, 75 percent of them in the Greater Beirut area.

The powerful explosion in Lebanon’s capital city were believed to be caused by 2,750 tons of ammonium nitrate, which had been stockpiled in a warehouse ever since it was confiscated from an impounded cargo ship in 2013.