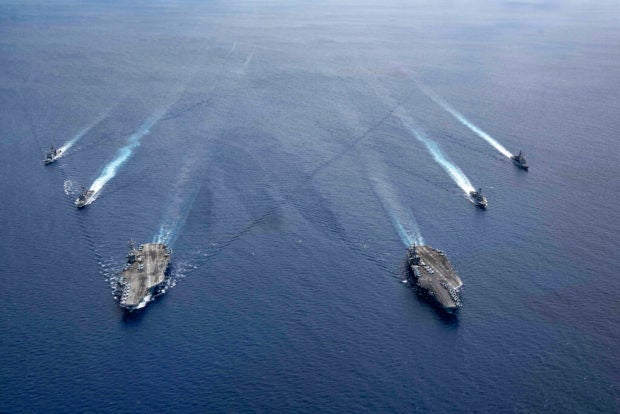 MANILA, Philippines — Senator Risa Hontiveros on Thursday stressed that the government should not allow the Philippines to become a “pawn” of foreign superpowers in “furthering their own agendas” in the South China Sea dispute.

In a statement that followed strong-worded remarks from China and the US on the ongoing South China Sea row, Hontiveros called on the government to pursue an independent foreign policy and reassert its ownership of Philippine territories.

“Small countries like the Philippines are often stuck between competing interests of giants. As the US and China further their own interests, the government should not allow these superpowers to use the Philippines as a pawn in furthering their own agendas,” she pointed out.

“We are our own country. Atin ang Pinas. We should have the full right and power to protect our land, seas, and people,” she added.

While Hontiveros  welcomed the US’ recent rejection of nearly all of China’s maritime claims in the disputed waters, she warned that the Philippines could find itself caught in a “strategic tug of war” between China’s Belt and Road Initiative and the U.S.’s Indo-Pacific Initiative.

Nevertheless, she said the Philippine government should work with “like-minded countries, especially allies in Southeast Asia to defend our sovereign rights.”

The senator further highlighted that the country’s independent foreign policy should be strengthened to end any further destruction China has caused in Philippine seas, which she noted has ballooned to over P200 billion worth of damage in the country’s reef ecosystems.

She stressed that reaffirming both the Philippines’ independent foreign policy and the rules-based international order is the “only way” to resolve conflicts without the use of armed force and to ensure that Filipino fishermen have access to the country’s exclusive economic zone.

Hontiveros said China’s aggression in Philippine territories despite the pandemic has added to the “burden and threat” to Filipino fisherfolk.

“Government must ensure that what is ours remains ours. The potential loss of the West Philippine Sea is tantamount to the loss of livelihood for Filipino fisherfolk who depend on these resources. Lalo na at may pandemya, dapat may seguridad ang hanapbuhay ng bawat Pilipino,” she said.

Earlier, Foreign Affairs Secretary Teodoro Locsin Jr. called as “non-negotiable” the historic ruling by the Permanent Court of Arbitration (PCA) in the Hague on July 12, 2016, which invalidated China’s expansive claims over the entire South China Sea.

The decision also upheld the Philippines’ rights over its 200-nautical mile exclusive economic zone (EEZ) under the United Nations Convention on the Law of the Sea (UNCLOS).

But in response, the Chinese Embassy in Manila claimed that the PCA ruling was “illegal and invalid.”

On the other hand, Malacañang assured Filipinos that the Philippine government did not waive or relinquish its rights over the contested areas in the West Philippines Sea.

This, even after the Palace had previously said it would “agree to disagree” on China’s rejection of the Philippines’ appeal for compliance with the 2016 ruling.