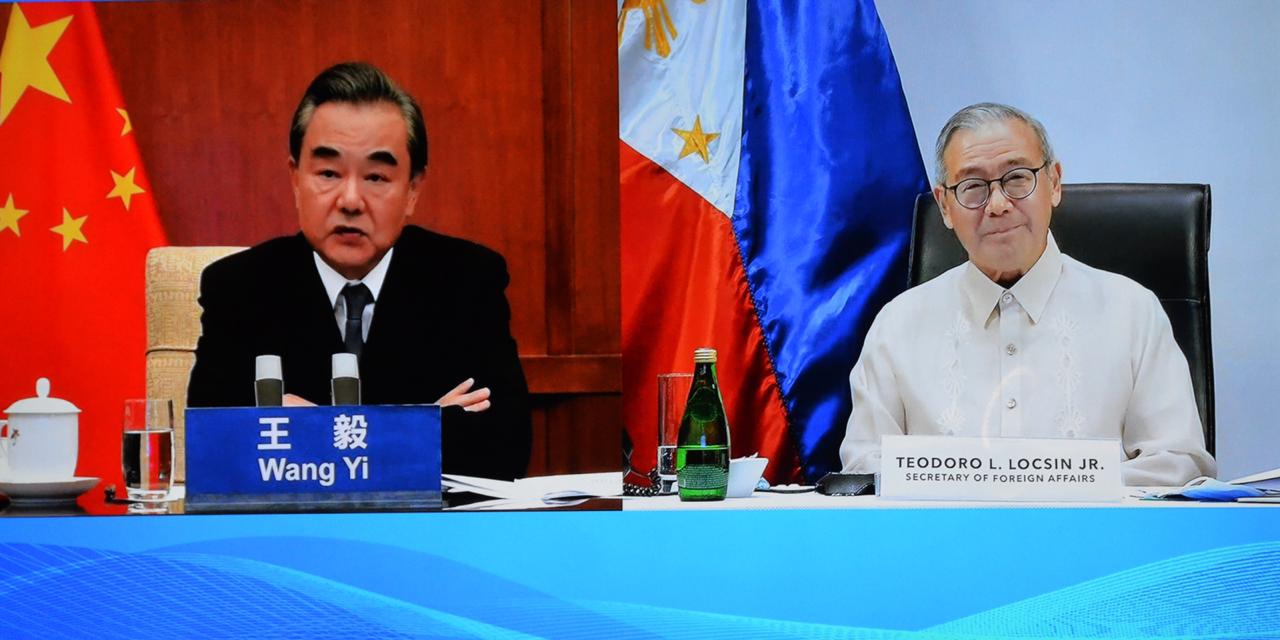 MANILA, Philippines — After trading strongly-worded statements on the South China Sea dispute, the Philippines and China have agreed to “manage issues of concern and promote maritime cooperation in friendly consultation.”

Foreign Affairs Secretary Teodoro Locsin, Jr. and Chinese State Councilor and Foreign Minister Wang Yi “engaged in open, cordial, and fruitful discussions” during a video meeting on Tuesday, according to the Department of Foreign Affairs (DFA).

“Both sides reaffirmed that contentious maritime issues are not the sum total of the Philippines-China bilateral relationship,” DFA said in a statement, noting that the meeting was requested by Beijing’s top diplomat.

“With mutual respect, sincerity, and adherence to sovereign equality, both sides will continue to manage issues of concern and promote maritime cooperation in friendly consultation,” it added.

The meeting between the two officials came on the heels of Locsin’s statement calling as “non-negotiable” the historic ruling by the Permanent Court of Arbitration (PCA) in The Hague on July 12, 2016, which invalidated China’s expansive nine-dash line claim over the South China Sea.

The ruling also upheld the Philippines’ rights over its 200-nautical mile exclusive economic zone (EEZ) under the United Nations Convention on the Law of the Sea (UNCLOS).

But in response, the Chinese Embassy in Manila claimed the PCA ruling was “illegal and invalid.”

On the other hand, DFA said Manila’s top diplomat “reiterated the importance of continued dialogue to propel Philippines-China cooperation forward across various fronts, under the ‘new normal’ brought about by the global COVID-19  pandemic.

The two foreign ministers also recognized that bilateral relations of the Philippines and China “have achieved a positive turn around and a sound momentum of development through the joint efforts and mutual trust of both sides.”