The Chinese doctor who battled COVID-19 in Wuhan and Philippines 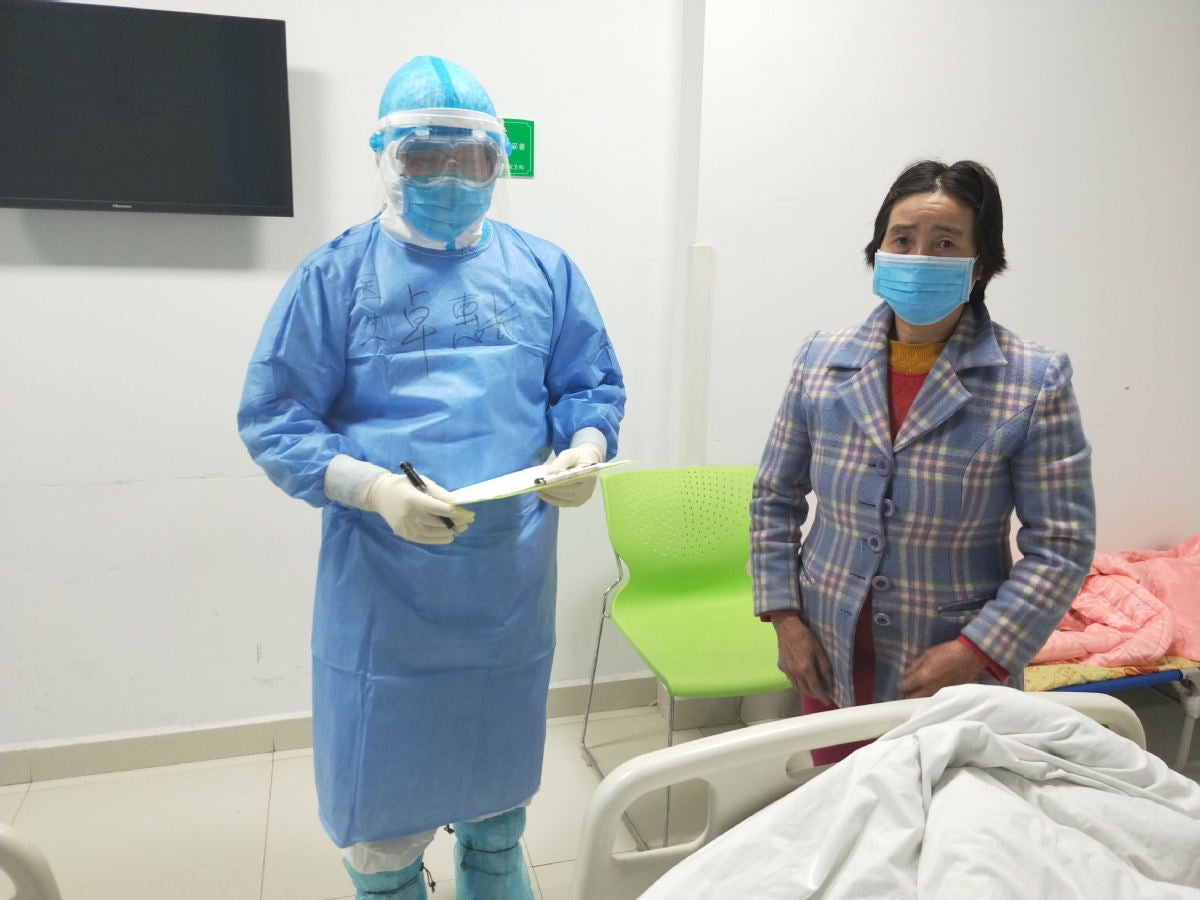 Zhuo Huichang and a COVID-19 patient at a ward in a hospital in Wuhan, Hubei province. CHINA DAILY

BEIJING — For Zhuo Huichang, a doctor from Fuzhou, Fujian province, his battle against COVID-19 spanned three months and two countries.

On April 5, he joined a Chinese team of 10 medical experts sent to the Philippines after he had a lengthy stint on the front line fighting the novel coronavirus in Wuhan, Hubei province.

“The epidemic knows no borders and humanity is a community with a shared future,” he said of his decision to work in the Philippines. “I could share my clinical experience with the foreign medical peers and contribute to the global fight against the epidemic.”

A senior doctor in the critical care department at the First Affiliated Hospital of Fujian Medical University, he boarded a plane to Wuhan on Jan 27 with his colleagues. At that time, Wuhan was the epicenter of the coronavirus outbreak in China.

In 2003, during the severe acute respiratory syndrome outbreak, Zhuo was disappointed he could not join the fight as he was still an intern.

But when COVID-19 took hold, he knew he had the medical knowledge and skills to make a difference.

“The outbreak this time was like a war. When the situation was uncertain and urgent, some of us had to stand up and be counted,” Zhuo said.

He realized the situation was much more severe than he had expected when the team arrived in Wuhan and discovered many medical staff were infected with the virus.

Zhuo said when he saw the desperate conditions the patients were in he was overwhelmed by emotions.

During their two-month stay in Wuhan, Zhuo and his team worked at two hospitals. “I was proud of my team’s performance. Almost every patient we were responsible for recovered,” he said.

Zhuo and his colleagues also wrote a 100,000-word handbook on the diagnosis and treatment of COVID-19 and protection procedures for medical workers.

By the end of March, as the outbreak in Hubei began to stabilize, medical workers from all over the country began to return home. At the same time, the pandemic was worsening and the government began sending medical teams overseas to assist other countries.

When a Chinese medical team was sent to Italy in March, Zhou decided that he wanted to use his experience to join the global COVID-19 fight.

On April 5, after he returned to his home in Fujian from Wuhan and completed his 14-day quarantine, he volunteered to join the medical experts being sent to the Philippines.

When they arrived, the epidemic in the Philippines had just started. The Philippine government had followed China’s practices on preventive measures at the early stage of the outbreak, which helped curb the spread of the virus, Zhuo said.

Whereas his job in Wuhan was hands-on, Zhuo and his team took on a more advisory role in the Philippines, providing technical advice on epidemic prevention as well as sharing their experiences treating COVID-19 patients.

“The main difficulty was that time was very limited, because all details needed to be clearly discussed within 15 days,” Zhou said.

Starting at 8 am every day, the team communicated with local government departments, visited medical institutions and quarantine facilities, and shared treatment plans and information about the way China tackled the disease. The team often worked until 1 or 2 in the morning.

Philippine officials and doctors were interested in China’s experiences and the lessons learned in Wuhan, including what drugs were used and the methods employed to save critically ill patients, Zhou said.

While visiting the hospitals, the team put forward some treatment suggestions and the two sides exchanged ideas.

“They were interested in our treatment plans, especially the use of traditional Chinese medicine. They made some adjustments to their treatment plans later after the discussions,” Zhuo said.

“On the last day, the Philippine officials and doctors presented a very detailed slideshow of the ideas and suggestions we had exchanged during our stay in the country and checked them with us one by one.”

He added that he was impressed by their approach.

“They are also at an exploratory stage. There is still no cure for the novel coronavirus, so discussions can help us find more effective ways to deal with it,” he said.

Zhuo and his team also set up a hotline and did online lectures during their stay for overseas Chinese, outlining measures to prevent contracting the virus.

Fighting on the front line for almost three months, both at home and abroad, was an unforgettable experience for Zhuo. “Now, I feel connected to both Wuhan and the Philippines,” he said.

As a footnote, the number of Zhuo’s hotel room in Wuhan happens to correspond with his birth date. He said he would take his family to visit Wuhan and stay in the same room.