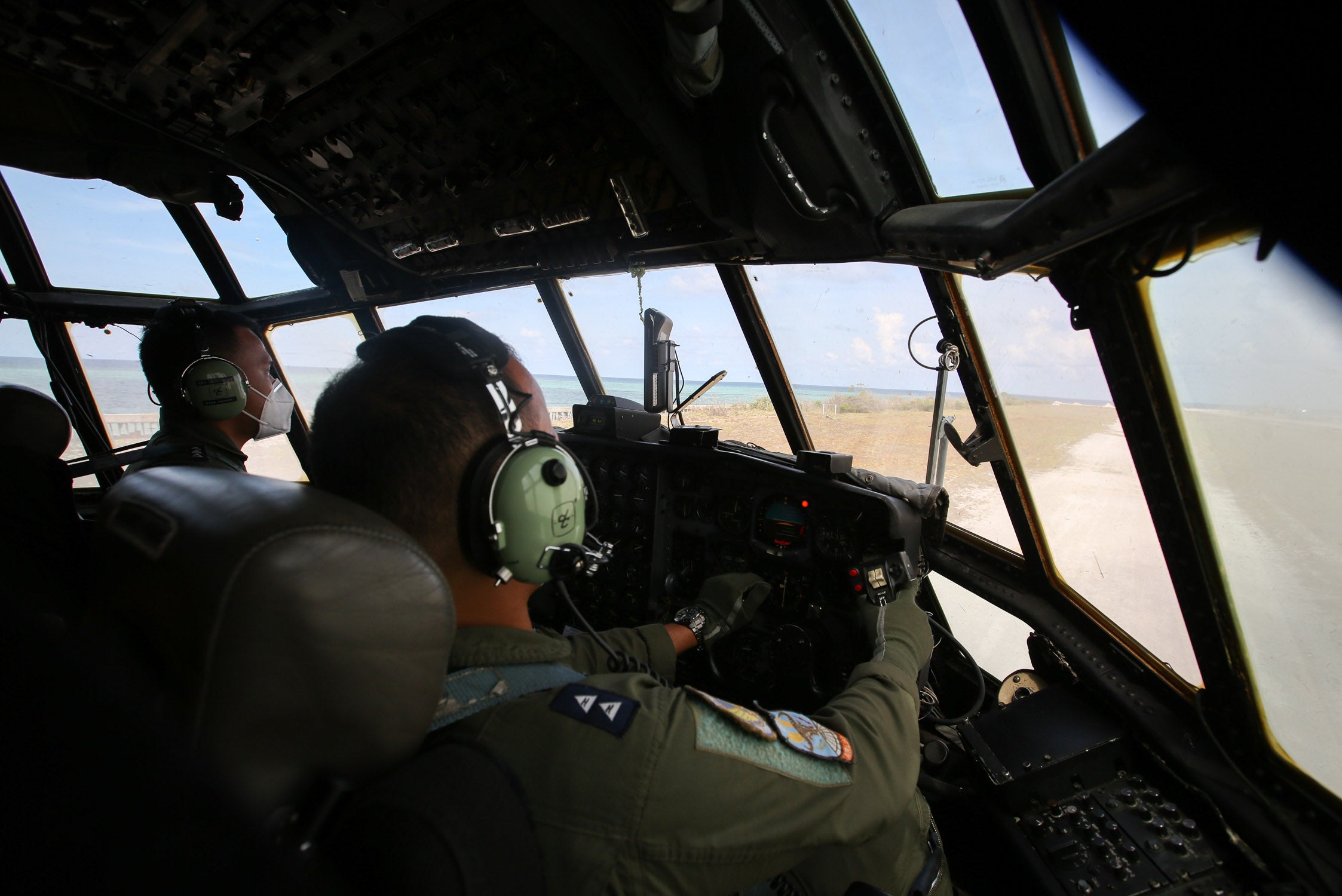 MANILA, Philippines—China’s plan to establish an air defense identification zone (ADIZ) in the disputed South China Sea could lead to mishaps and miscalculations at sea and in the air, Defense Secretary Delfin Lorenzana said on Thursday (June 25).

“It is my fervent hope that China would not proceed with this planned action for the continued peace and stability in the entire South China Sea,” he said in a statement.

China is laying claim to the entire South China Sea on the basis of its nine-dash line theory. Parts of what China is claiming lie tens of thousands of nautical miles away from the Chinese mainland.

The mythical nine-dash line had been rejected as illegal and without basis in 2016 by the Permanent Arbitration Court in a case filed by the Philippines. Vietnam, Malaysia and Brunei also have claims in the area.

China’s self-declared ADIZ, which is part of its assertion of ownership of the South China Sea, would give Beijing complete control of the airspace over the disputed areas.

Quoting a Chinese military insider, the South China Morning Post recently reported that Beijing has been planning since 2010 to declare an ADIZ over the Pratas, Paracel and Spratly groups of islands.

“An ADIZ by China over the entire South China Sea would arrogate unto itself a vast sea considered to be a global commons that has been opened for millennia to all for navigation and fishing,” Lorenzana said.

He said it would also violate the rights of states over their exclusive economic zones (EEZ) under the UN Convention on the Law of the Seas (Unclos) which China signed.

“A lot of countries will treat this ADIZ as illegal and violative of international laws,” Lorenzana said.

China has been accused of using the COVID-19 pandemic, which started in a Chinese city, Wuhan, as cover for its military aggression in the South China Sea.

Lorenzana’s statements were in reaction to the remarks of US Pacific Air Force commander Gen. Charles Brown Jr. that the Chinese plan to control South China Sea airspace runs counter to a rules-based order.

The US military official, who has been confirmed to be the next chief of staff of the US Air Force, said at a briefing it was important to pay attention to Chinese actions in the South China Sea because they have an impact on all nations in the region.

“If the PRC were to claim an ADIZ in the South China Sea, it impacts all of the nations that are – and it actually goes against – as I said earlier, a free and open Indo-Pacific is to fly, sail, and operate wherever international law allows,” said Brown.