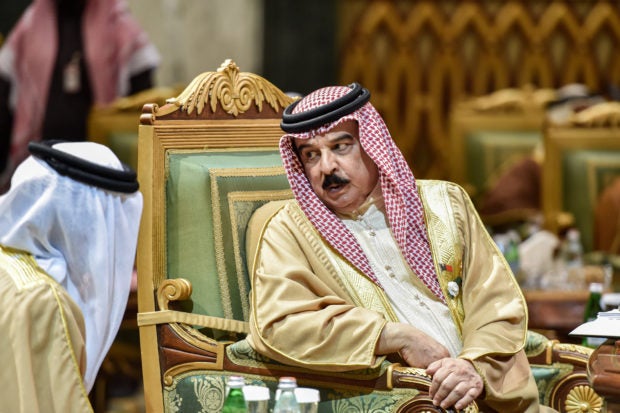 MANILA, Philippines — Eleven of the 16 overseas Filipino workers (OFWs) in Bahrain earlier granted royal pardon have been deported to the Philippines, the Department of Labor and Employment (DOLE) said Thursday.

In a statement, DOLE said the 16 Filipinos were among the 154 inmates pardoned by King Hamad bin lsa Al Khalifa of the Kingdom of Bahrain.

The labor department said those who were pardoned have partially served their sentences ranging from less than one year imprisonment to the death penalty.

While 11 of the OFWs granted royal pardon have already been deported to the Philippines, the deportation of four others is still being arranged.

“The remaining OFW has been pardoned for the crime of drug peddling, but still faces a seven-year jail term for human trafficking,” DOLE added.

The royal pardon was granted last May 20 and “was hailed as a testimony to the strong ties, shared values, and friendship between the governments of the Philippines and Bahrain,” DOLE further noted.