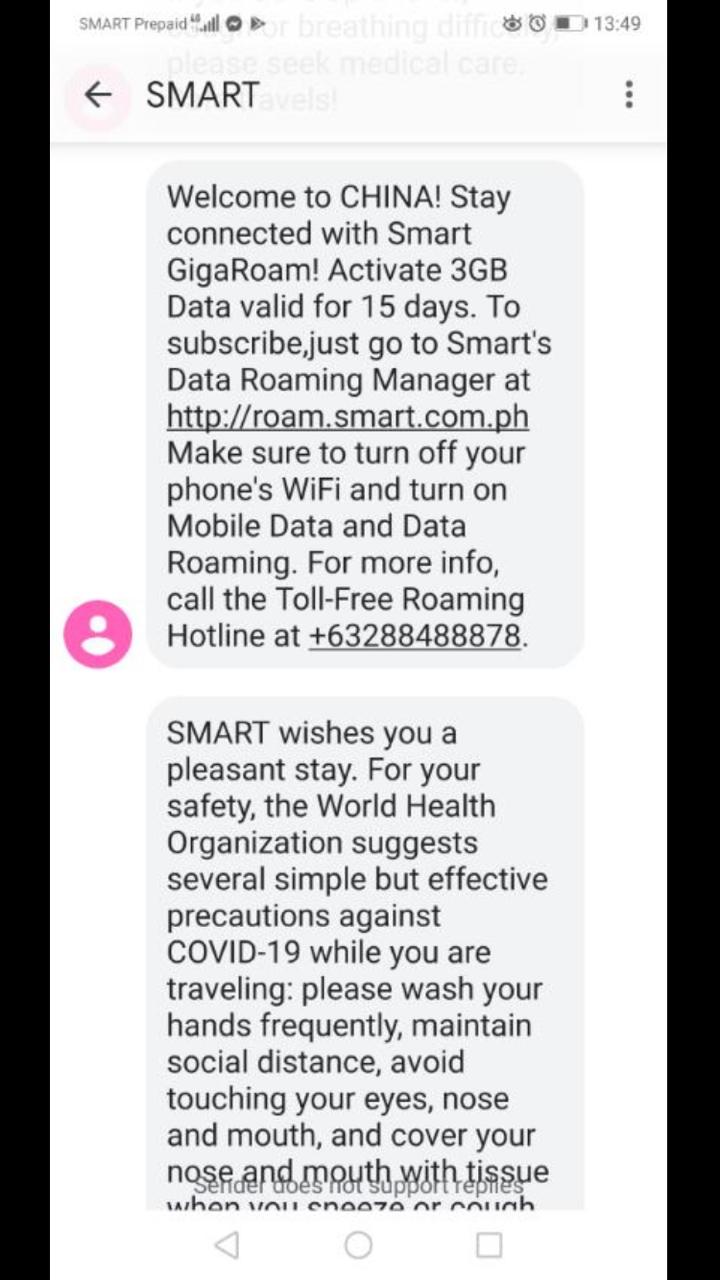 MANILA, Philippines – Government officials and other visitors who went to the Pag-asa Island in the West Philippine Sea (WPS) area received an unexpected greeting in their mobile phones after it switched to roaming mode.

Text messages sent by one of the country’s cellular and data service providers showed a “Welcome to China” and a “Welcome to Vietnam” greeting — messages that travelers are supposed to receive once they set foot in a foreign land.

Among those who received the message are members of the media and Defense Secretary Delfin Lorenzana, who went to the island for the inauguration of a beaching ramp which would aid in the delivery of materials used to repair the island.

Apparently, the visitors received the message because of a weak local signal in the area, while the gadgets may have picked up signals from another country’s cell sites.

Pag-asa sits inside the Kalayaan Island Group, a cluster of small islands that is claimed by the Philippines. It forms part of the Spratly Islands, which has been disputed by countries in the WPS region, including the Philippines, Vietnam, and China.

The said island is part of the municipality of Kalayaan, which is under the jurisdiction of the Palawan provincial government.

Pag-asa is currently under repair, with the Philippine Navy’s ship finally being able to dock at the newly constructed port last May 13.

Currently, the Philippines is locked in a dispute with other countries but mainly China, over control of the West Philippine Sea, called by Beijing as the South China Sea.

However, the two governments’ stance has been more cordial in the past few years, with President Rodrigo Duterte opting to pursue an independent foreign policy instead of engaging the Asian superpower.