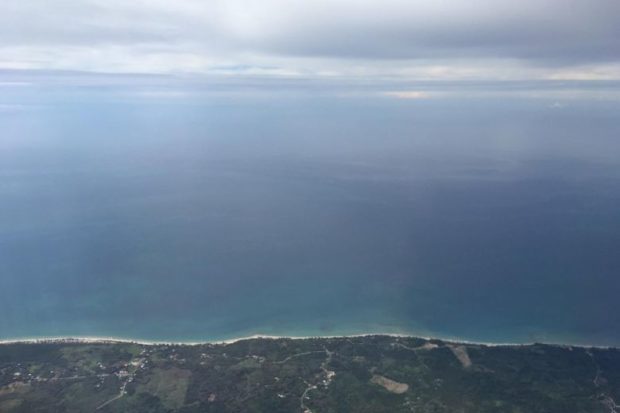 BEIJING — China is not making use of Covid-19 to assert its dominance in the South China Sea, said its foreign minister, Mr Wang Yi, on Sunday (May 24).

Rebutting claims that Beijing was taking advantage of the distraction caused by the pandemic in Southeast Asia, Mr Wang said China has been working with Asean countries to beat the coronavirus.

“There is nothing to support the claim that China is using Covid-19 to expand its presence in the South China Sea,” said Mr Wang, speaking at an annual press conference held on the sidelines of China’s legislative meetings in Beijing.

Responding to a question by The Straits Times, he said ships and planes carrying medical supplies were sailing through and flying over the South China Sea even as he spoke.

China has overlapping territorial claims with Brunei, Malaysia, the Philippines, Taiwan and Vietnam in the South China Sea.

US Secretary of State Mike Pompeo warned Asean foreign ministers last month that China had moved to “take advantage of” the distraction from the pandemic to advance its territorial ambitions in the South China Sea.

Some analysts have also voiced similar views, although others argue that China’s recent actions in the disputed waters follow its long-term strategy and may even have been planned before the Covid-19 outbreak.

Beijing recently ramped up activities in the contested waters, establishing two administrative districts on the Paracel and Spratly archipelagos last month and naming 80 islands, reefs, shoals and ridges, of which 55 are under water.

It has been 37 years since the last time such a list was released in 1983, naming 287 features in the South China Sea.

In a skirmish last month, Chinese coastguards allegedly rammed and sank a Vietnamese fishing vessel near the Paracel Islands, which are claimed by both countries, angering Vietnam.

The latter received a rare show of support from the Philippines.

There have also been Chinese encroachments into waters near the Natuna Islands, which prompted Jakarta to send warships and fighter jets to the area in January, forcing the boats to retreat.

The US has responded to Beijing’s recent moves by increasing its patrols and exercises in the region.  Australia also joined in for an exercise near Malaysia.

Mr Wang said that China’s cooperation with Asean contrasted with incursions by “non-regional” countries, which were “flexing their muscles” by sending military aircraft and vessels into the South China Sea.

“Their ill intentions and despicable moves are meant to sow discord between China and Asean countries and undermine the hard-won stability in the region,” he said.

Dr William Choong, a senior fellow at the ISEAS-Yusof Ishak Institute, said Chinese activities in the neighboring waters have triggered unease across the region.

“China can say what it wants about the situation being stable, but there’s concern that while China may call it business as usual in the South China Sea, it’s coming at the expense of regional countries especially other disputant states,” he said.

Southeast Asian countries face a conundrum in their complex relationship with their sizeable neighbor.

“It’s complicated. For smaller Asean countries, geo-strategic and geo-political considerations are important, but in the end, there are a lot of domestic imperatives to attend to, and China can help with those. And that’s how China manipulates these smaller countries.”

Beijing has been using economic benefits to win over countries in Southeast Asia.

Meanwhile, talks on a code of conduct aimed at easing tensions in the disputed waters have been postponed because of the pandemic. Negotiating parties had hoped to sew it up by the end of 2021.

Mr Wang said Beijing was coordinating closely with Asean to “pick up negotiations where we left off”.

He had drawn attention to the positive trajectory of Asean-China relations earlier, pointing out that in the past, the Asian financial crisis and the global financial crisis had strengthened ties among the countries..

“Just as a rainbow appears after a storm, after Covid-19, China will continue to view Asean as a high priority in its neighborhood diplomacy and support Asean centrality in East Asian cooperation,” he said.