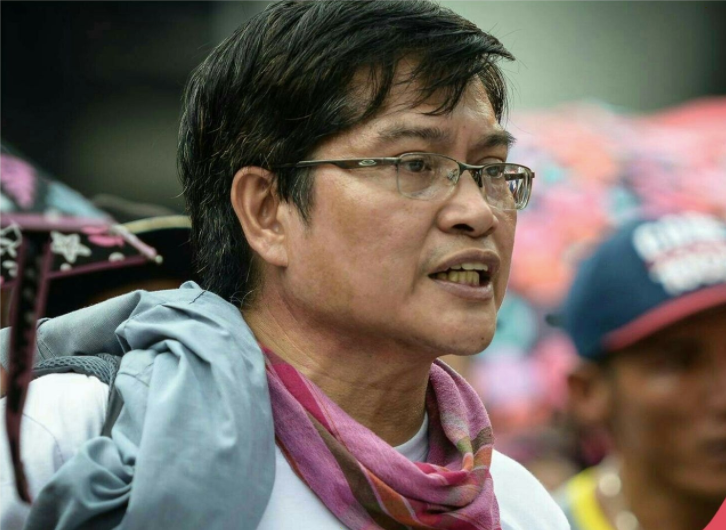 “Has our freedom of speech been limited to praising China and Pres. Rodrigo Duterte? That seems to be the case after the string of harassment against critics of the Palace,” Gaite said in a statement.

Caregiver Elanel Ordidor will be flown back to the Philippines to face charges of cyberlibel due to her posts, which according to Labor Attaché Fidel Macauyag, were intended “to cause hatred amid the global health crisis brought about by the COVID-19 pandemic.”

A video posted in the “Top Viral Video Facebook” page and attributed to a certain Linn Silawan, one of the accounts being linked to Ordidor, showed a woman ranting about the lockdown imposed by the Duterte administration amid the coronavirus pandemic.

Gaite hit the move to deport the OFW, while pointing out that the Palace easily labelled as freedom of expression a music video produced by the Chinese embassy which celebrated the solidarity of the Philippines and China in fighting the pandemic.

The music video did not sit well with netizens especially with pressing issues in the West Philippine Sea.

“If it’s critical of the administration, of the President, and the obvious flaws in the government’s response to the crisis, they are instantly crying for punitive actions,” Gaite said.

“But if it is favorable, and in tune to their policy directions, even if it is against the interest of our national sovereignty, they are quick to stand in defense of freedoms. It is a completely biased application of democratic principles,” the lawmaker added.

Gaite said that the administration “instantly” wanted to deport an OFW who simply aired her opinion over the government’s “botched” response to the pandemic while defending “the right of the Chinese Embassy to spread propaganda.”

“They instantly want to deport an OFW who simply aired her sentiment against the government’s botched response to the COVID19 crisis, an opinion that actually reflects the general sentiment of the public right now,” Gaite said.

“But they are up in arms to defend the right of the Chinese Embassy to spread propaganda that goes against the sovereignty and territorial integrity of our nation. Talk about double standard,” he added.

The lawmaker said that being critical and airing dissent is not seditious as he also slammed the arrest and filing of charges against former Anakpawis Rep. Ariel Casilao and several volunteers of a relief operation led by Kilusang Magbubukid ng Pilipinas.

“What is seditious is this government’s kowtowing to Xi Jinping that resulted in grave delays in the government’s COVID19 response,” the lawmaker added.