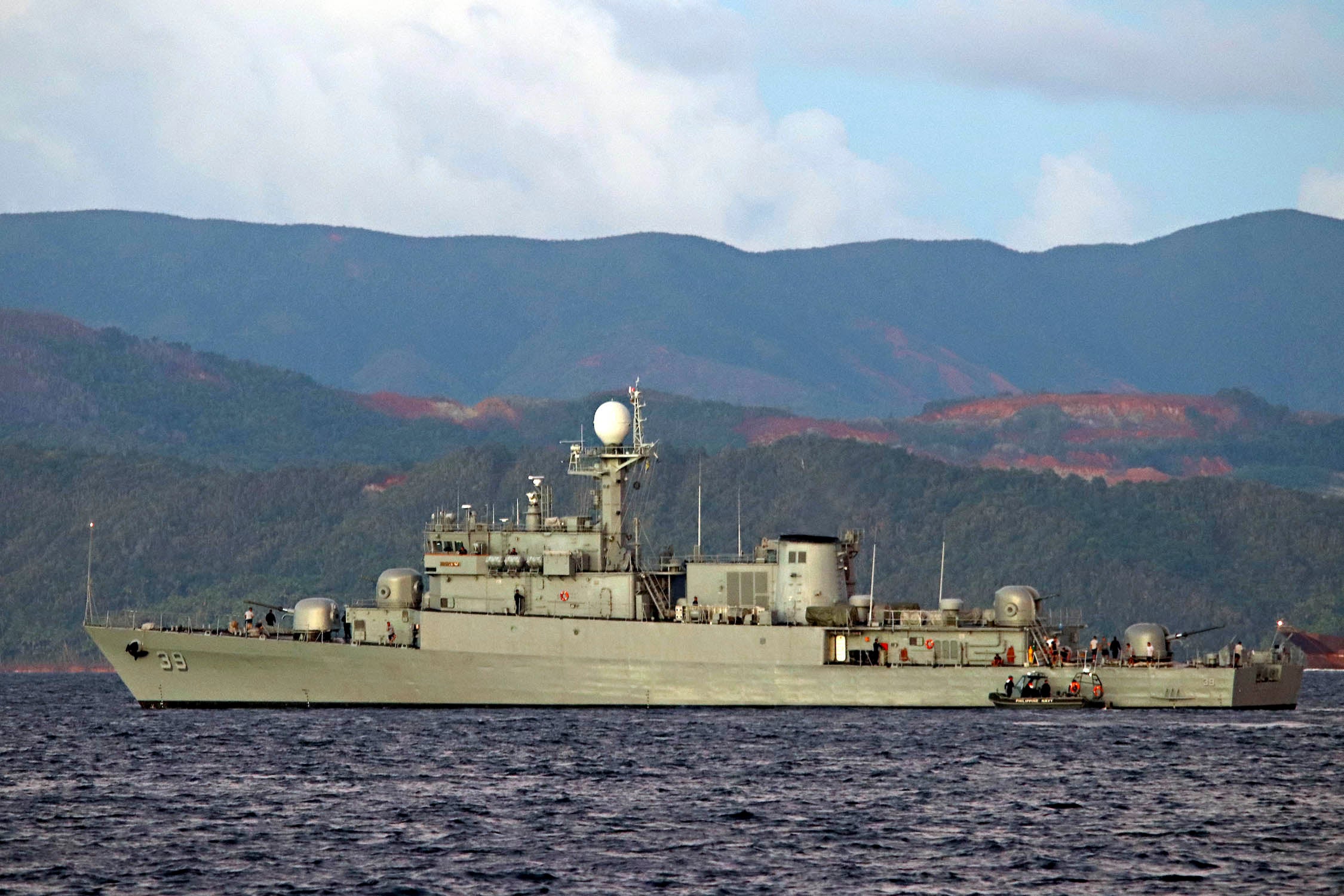 BRP CONRADO YAP In this October 2019 photo, the first modern corvette of the Philippine Navy, is shown anchored along the waters of the Surigao City bay. —INQUIRER FILE PHOTO

The Armed Forces of the Philippines (AFP) on Thursday confirmed an encounter in February between a Chinese warship and a Philippine Navy corvette on the waters of Kalayaan Islands—with the Chinese ship showing “hostile intent” by directing its guns at the Philippine vessel.

In a statement on Thursday, the AFP’s Western Command confirmed the Feb. 17 incident between the Navy’s BRP Conrado Yap (PS39) and a Chinese corvette with bow number 514.

The BRP Conrado Yap was conducting its patrol in the area of the Malampaya Natural Gas to Power Project at the Kalayaan Island Group when it spotted the gray Chinese vessel underway at the Rizal Reef Detachment.

“PS39 was able to visually observe that the [Chinese ship’s] GCD (gun control director) was directed toward PS39. This GCD can be used to designate and track targets and makes all the main guns ready to fire in under a second,” the Western Command said in its statement.

The PS39 immediately issued a radio warning and instructed the vessel to proceed on its destination, to which the Chinese ship responded, “The Chinese government has imputable sovereignty over the South China Sea, its islands and its adjacent waters.”

Repeated radio correspondences ensued as the Chinese warship maintained its course and speed.

“We will never be intimidated nor let our guard … down in protecting the sovereignty and integrity of the Philippines,” the Western Command’s statement said.Foreign Secretary Teodoro Locsin Jr. earlier said the Philippines had filed two diplomatic protests against China.

Apart from the Feb. 17 incident, the Philippines also objected to China’s “declaring parts of a Philippine territory as part of Hainan province” through the establishment last week of two administrative districts in the South China Sea.

Locsin said the Chinese Embassy received the diplomatic protests on Wednesday afternoon. At the same time, the Department of Foreign Affairs chief warned other officials against commenting on the protests which, he said, would be kept “strictly confidential.”

“I expect that no one else in the government will comment on it because they are not competent to do it,” Locsin tweeted on Wednesday. —WITH REPORTS FROM DONA Z. PAZZIBUGAN, JULIE M. AURELIO AND LEILA B. SALAVERRIA