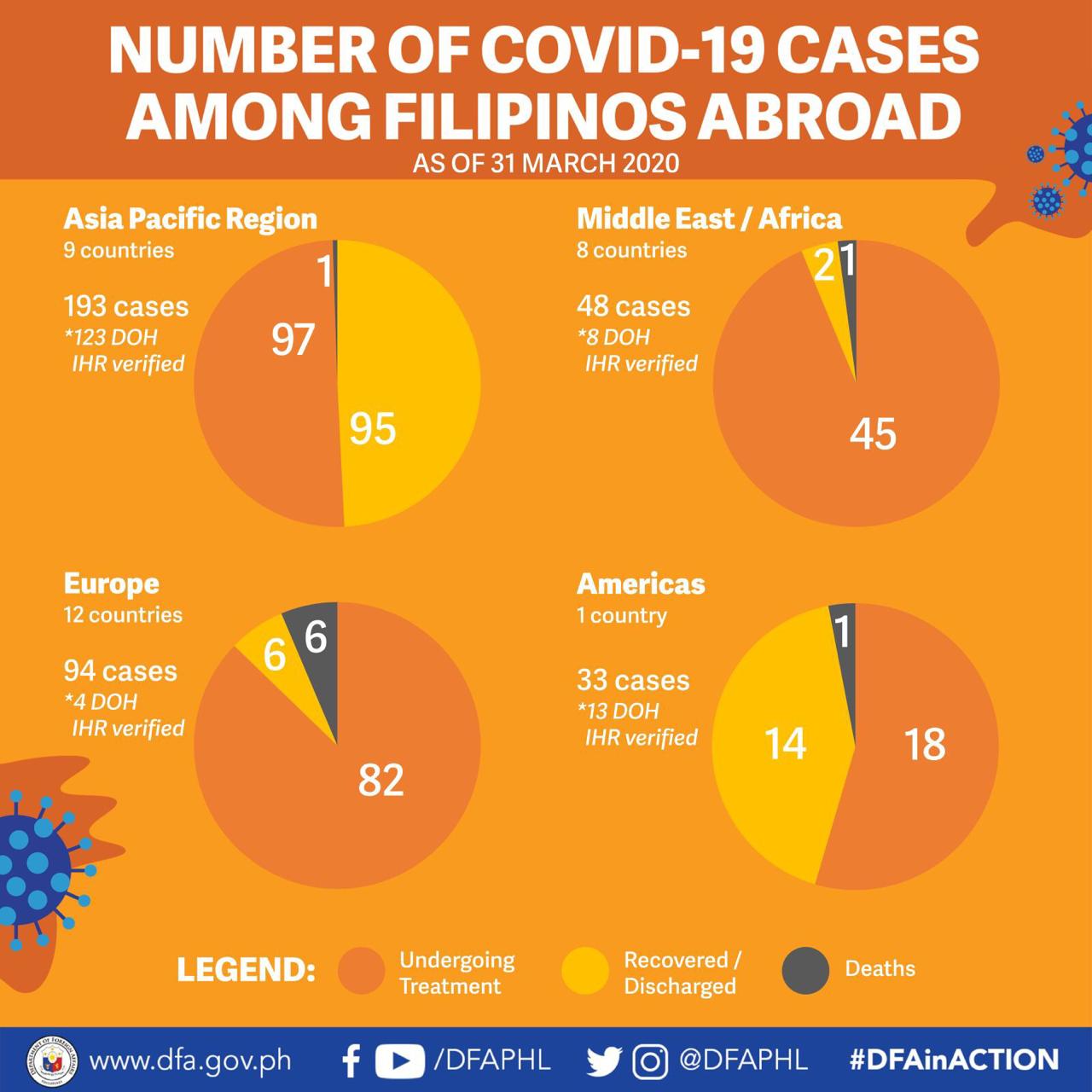 MANILA, Philippines — The number of Filipinos abroad who have contracted the coronavirus disease 2019 (COVID-19) has leaped to 368, including one new fatality, data issued Tuesday by the Department of Foreign Affairs (DFA) showed.

According to the DFA data, the latest death of a Filipino overseas was recorded in America.

The agency likewise clarified “some changes in the confirmed cases and deaths in the European and American regions. The reported death yesterday in the European region was that of a former Filipino (not a dual citizen), and therefore based on official documentation was not included in today’s tally.”

The total number of deaths, however, would still be the same – nine – with the reported demise of a Filipino in the Americas, the DFA further clarified. 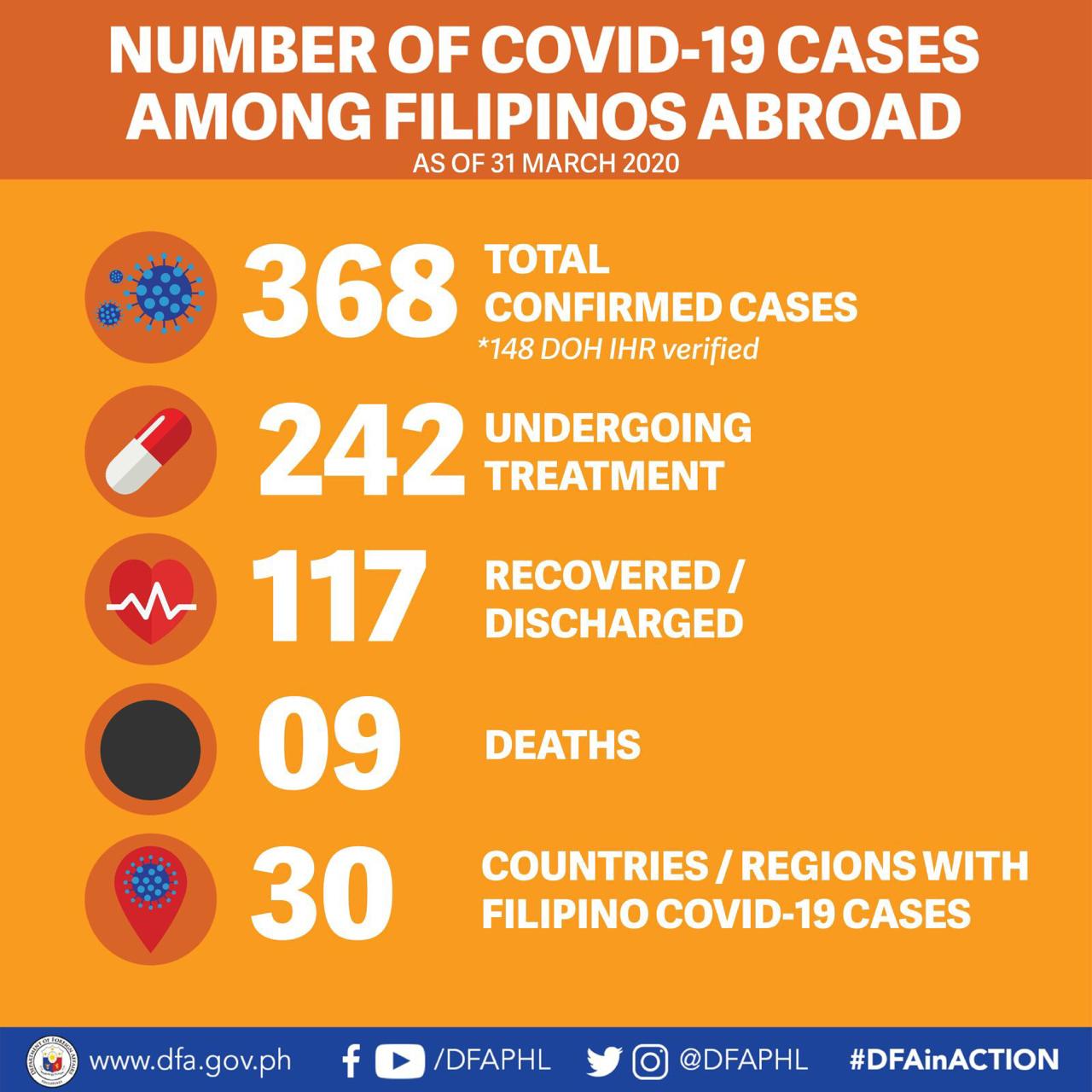 Of the 368 COVID-19 positive Filipinos abroad, 242 have been undergoing treatment while 117 already managed to recover.

According to DFA, there are 30 countries where Filipinos were confirmed to have COVID-19 infection.

The World Health Organization has declared COVID-19 a pandemic. Globally, the virus already infected more than 785,800 people and killed more than 37,800 as of March 31. On the other hand, over 165,655 people have recovered so far from the disease, which was caused by a coronavirus named SARS-CoV-2 that first emerged in China’s Wuhan City in Hubei province in late 2019.