How to tame a virus? Asia tries to cope with COVID-19

SINGAPORE — Even outside of the likes of China, Japan and South Korea, Asia has recorded hundreds of coronavirus cases. It is disrupting daily life, travel and trade. The Straits Times bureaus report on how the region is coping.

Working towards a shared Asean response

Video conferences are taking hold in Asean’s traditionally meeting-heavy schedule as the bloc tries to muster a regional response to the coronavirus pandemic.

Last Friday, senior health officials from the region held a special video conference to discuss the critical gaps in national and collective efforts, the latest in a series of digital meetings since last month to try and coordinate responses. China’s health experts have also taken part.

Malaysia: Did political turmoil contribute to spike in cases?

The number of coronavirus cases in Malaysia has soared steadily since the collapse of the Pakatan Harapan administration on Feb 24, which left the country with no one at the top to lead its ministries, including the crucial Health Ministry.

This raises the question: Did Malaysia miss an opportunity to contain the virus?

Promoters of Vietnam’s inaugural Formula One race recently announced the completion of its 5.6km, 23-turn circuit in Hanoi, but the asphalt may take a while to feel some action.

Next month’s Vietnam Grand Prix – bankrolled by local conglomerate VinGroup – has been postponed amid stringent measures to contain the coronavirus pandemic. Another race in Bahrain slated for later this month has also been shelved, Formula One announced last Friday.

With the rapid spread of the coronavirus in Europe, Vietnam is also putting up more entry barriers. From today, it will bar entry to visitors coming from or who had been to Britain or the Europe’s Schengen zone in the previous 14 days. 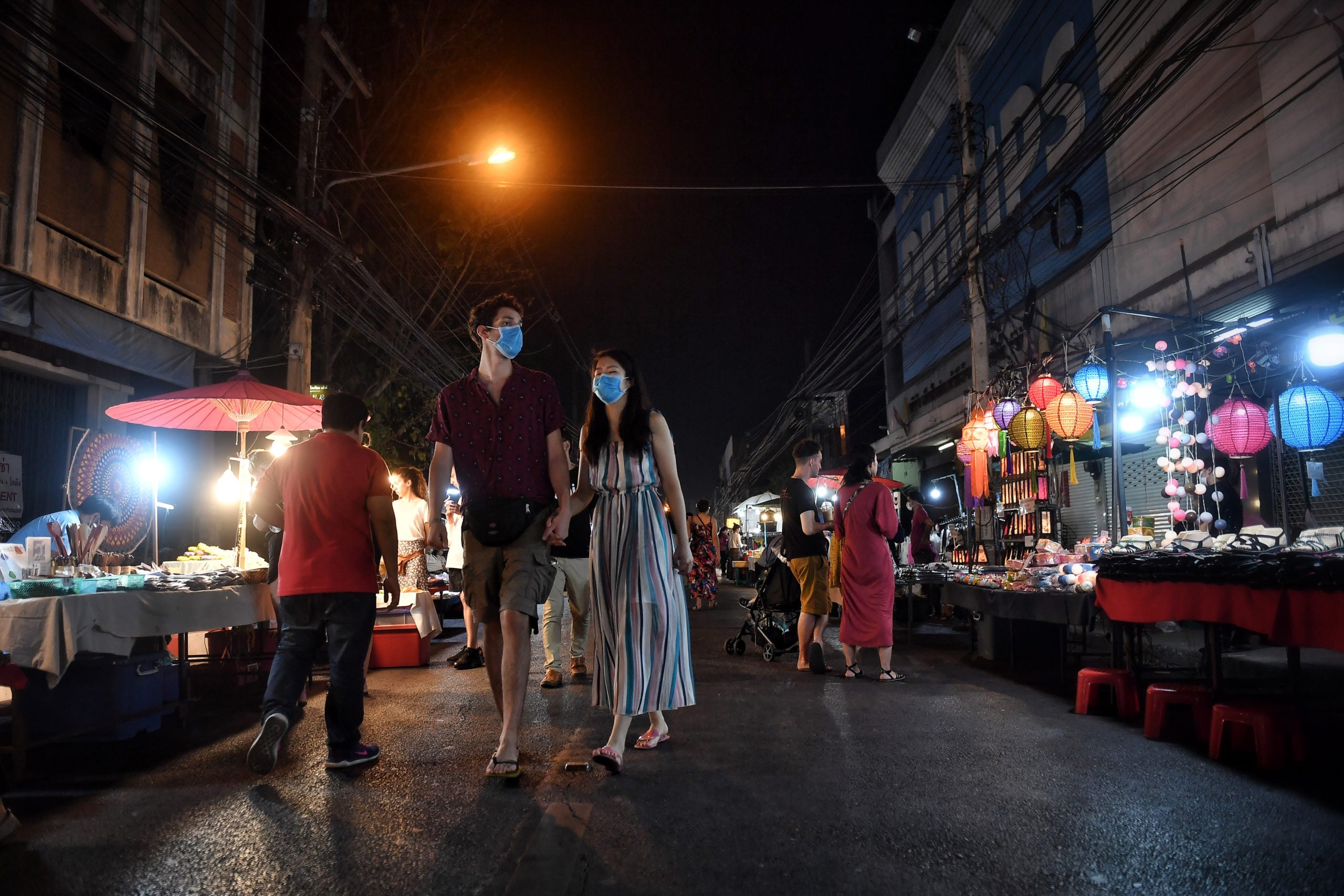 This photo taken on March 14, 2020 shows tourists wearing face masks whilst walking through an unusually-empty night market in Chiang Mai, as the number of visitors to the region has plunged due to the outbreak of the COVID-19 coronavirus. (Photo by Lillian SUWANRUMPHA / AFP)

More than 300 employees at the Windsor Suites Hotel, in central Bangkok, are scrambling to find new jobs after it announced a six-month closure by the end of next month amid the coronavirus outbreak, which has seen 82 confirmed cases and one death in the country as of yesterday.

This is one of the biggest single layoffs amid gradual shutdowns by tourist operators, especially those catering to Chinese tourists, who made up over a quarter of visitors to Thailand last year.

In an internal memo seen by The Sunday Times, during the shutdown, the hotel will be renovated and rebranded, but will reopen without the same set of staff.

After nearly two months of claiming to be coronavirus-free, Indonesia finally confirmed its first two cases on March 2. In the space of a fortnight since then, it has recorded a total of 96 positive infections and five deaths.

There were also reports of foreigners getting infected while visiting the country and Indonesian nationals who tested positive abroad.

The government, under fire for playing down the issue and explaining away a lack of cases with religious reasons, has since ramped up efforts to restore public confidence. 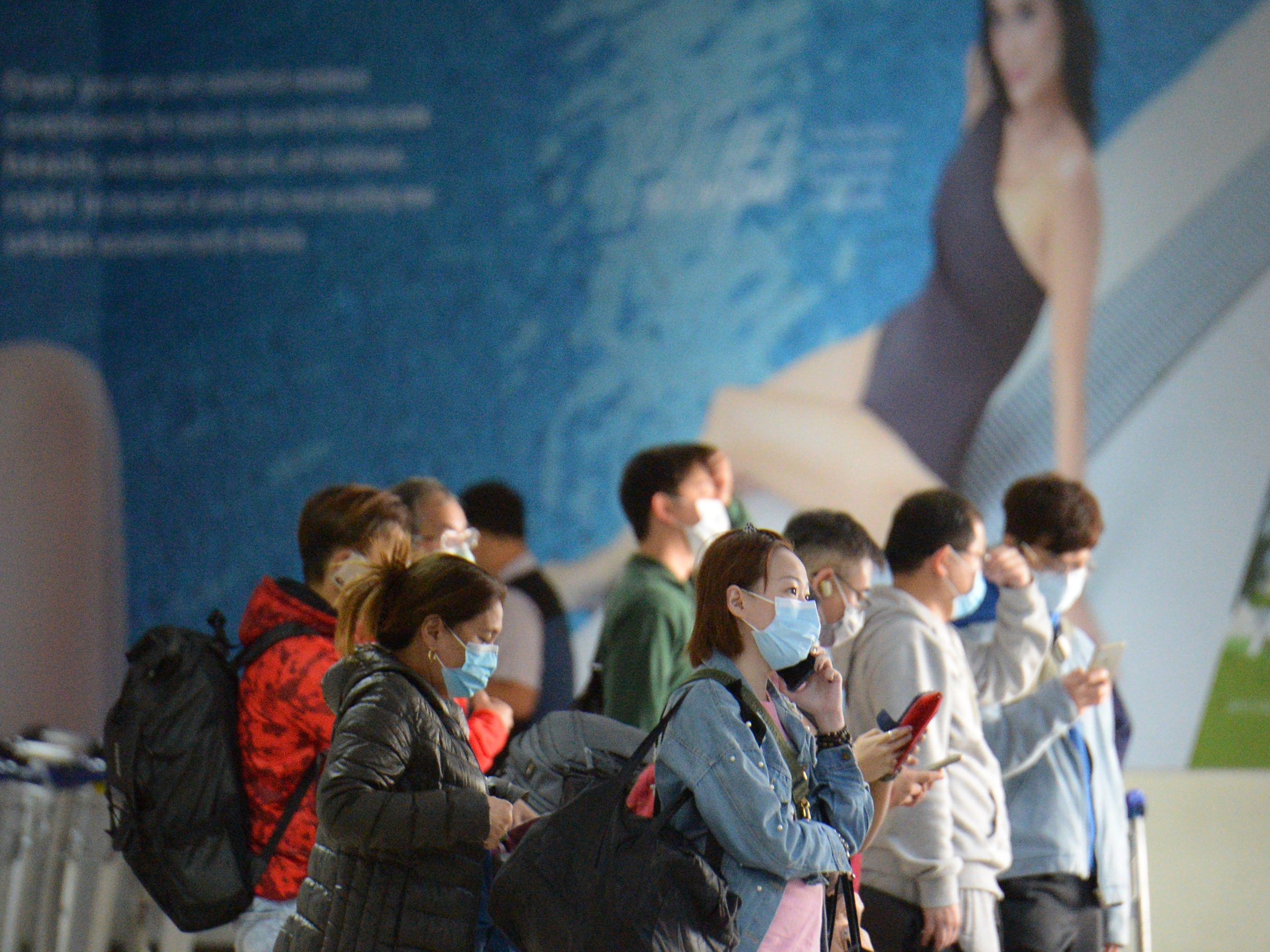 Arriving passengers wearing protective masks wait for their luggage at the international airport in Manila on February 3, 2020. AFP PHOTO

The Philippines: Most overseas Filipinos opt to stay put

For more than 10 million Filipinos living abroad, the coronavirus makes them feel even more isolated from their country.

Many feel abandoned by their government, even though it has offered free charter flights to repatriate its workers in countries experiencing an outbreak.

They are looking after themselves even as they are placed under quarantine, restricted from seeing their families back home, and dealing with downturns that could cost them their jobs. 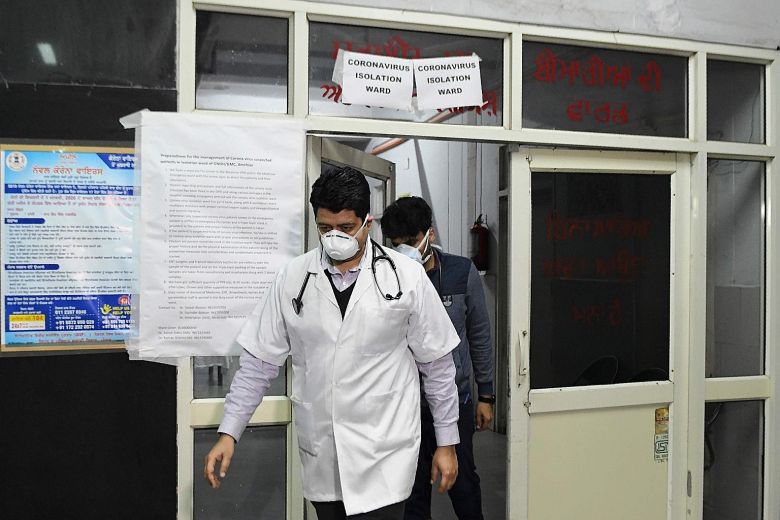 Doctors in front of an isolation ward for coronavirus patients at Guru Nanak Dev Hospital in Amritsar, India, on March 7. India has set up 52 testing stations and is creating more such facilities. PHOTO: AGENCE FRANCE-PRESSE

This is how Covid-19 is hitting home in India: On phones, no longer does the latest Bollywood hit ring out as the connecting tone – what Indians hear now is ominous coughing, followed by a public service message with advice on how to stop the spread of the virus.

Telecoms operators began playing a Health Ministry-approved message from March 8, following a request from the government.

And then there was the unprecedented measure announced by the Indian government that came into force last Friday: The country has been practically quarantined with visas for most incoming visitors cancelled until April 15. The government has added that it would quarantine travellers arriving from seven virus-hit countries.

Learning the truths from this pandemic

Stealthy and opportunistic, the coronavirus has infected celebrities and laborers alike, triggering lockdowns of both rural communes and big cities. Over the past few weeks, it has also laid bare the latent strengths and flaws of governments on the front lines of this pandemic.

The richer countries, it seems, don’t always have all the answers.

In the Philippines, as understaffed hospitals grappled with more than 100 cases of infection, the outbreak underlined the healthcare system’s depletion – not just from the flight of doctors and nurses overseas, but also the sharp cuts in health budgets.