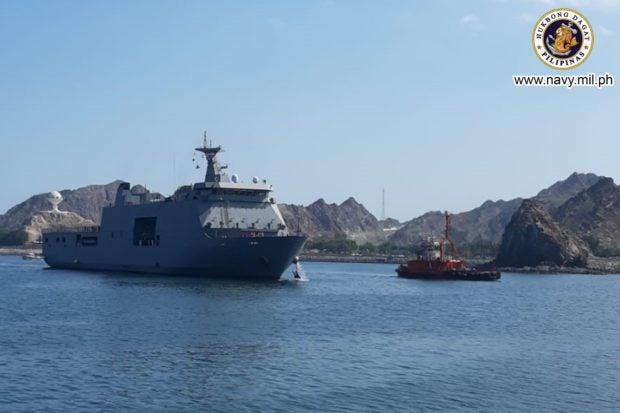 MANILA, Philippines — Most Filipinos in the Middle East have opted to stay in place and declined repatriation as tension between the United States and Iran eased, the military said on Wednesday (March 4).

“Our countrymen have decided not to leave at the moment because of the improved security situation,” said Brig. Gen. Edgard Arevalo at a forum.

“Relations have improved thanks to prayers and the conflict did not escalate,” he said.

The assassination by the United States of top Iranian general Qasem Soleimani in a drone strike in Baghdad last January had driven tensions close to full-blown war between Washington and Tehran.

Tensions have eased in recent weeks but Philippine officials said they were still concerned about the uncertainty of the situation.

The Philippine Navy ships arrived in Oman early last February. Arevalo did not say when these would return to the Philippines.

“When the news broke out that tensions could escalate, we immediately formed a battle staff and conducted consultation with national leadership,” Arevalo said.

He said the deployment was not a waste because though it appeared the vessels would not be bringing Filipinos home, the military still gained from the experience.