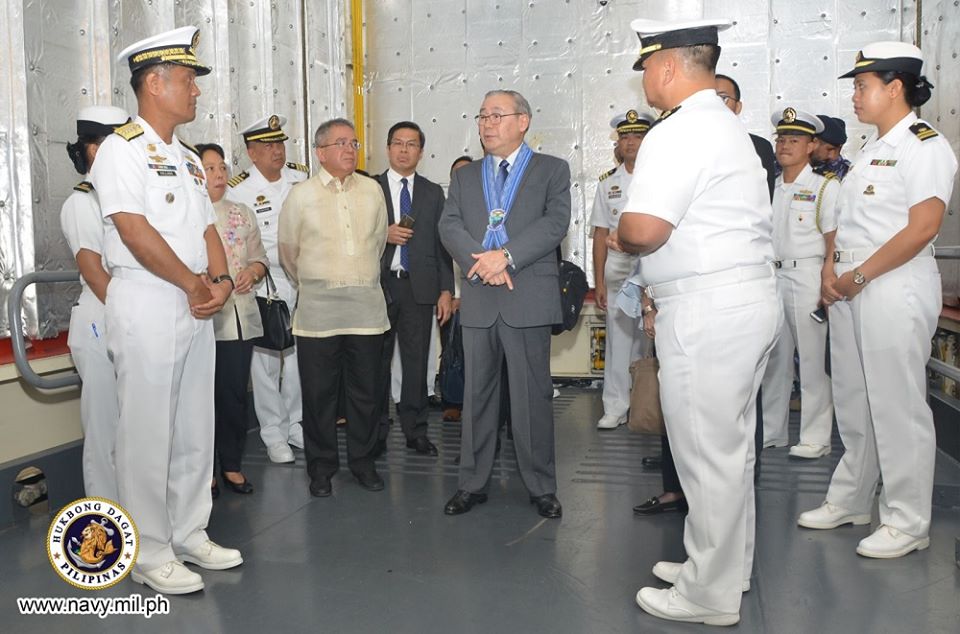 MANILA, Philippines — The two Philippine Navy ships tasked to assist in the repatriation of overseas Filipino workers (OFWs) in the Middle East will stay put in Oman for now.

The country’s top diplomat underscored the Navy’s readiness and willingness to protect Filipinos even in foreign soil.

He expressed his appreciation that “the Armed Forces of the Philippines (AFP) heeded the call to send two Navy ships to Muscat to assist our fellow Filipinos in the event of a mass repatriation in the region.”

It was also the Navy’s farthest voyage so far.

Locsin also recognized the goodwill of the Omani government for opening Muscat and allowing the two Philippine Navy ships to have a “temporary home” in the region, marking a testament of Philippines-Oman relations.

The show-the-flag mission is part of the AFP Joint Task Force “Pagpapauli” led by AFP vice chief of staff Vice Admiral Gaudencio Collado Jr., who was also in Oman to personally oversee the situation.

The ships left Manila on January 15 and made a brief stop in Sri Lanka before reaching Oman on February 6.

The Navy held a two-day open ship tour for the Filipino community in Oman and visited the Philippine School Sultanate. It also paid a courtesy call on the Royal Navy of Oman chief Rear Admiral Abdullah Bin Khasim Al Raisi.

The killing of top Iranian general Qasem Soleimani in a US drone strike in Baghdad in early January has increased already heightened tensions between Washington and Tehran.

Tensions have lowered in the past weeks but Philippine government officials said they were concerned about the uncertainties of the developments.