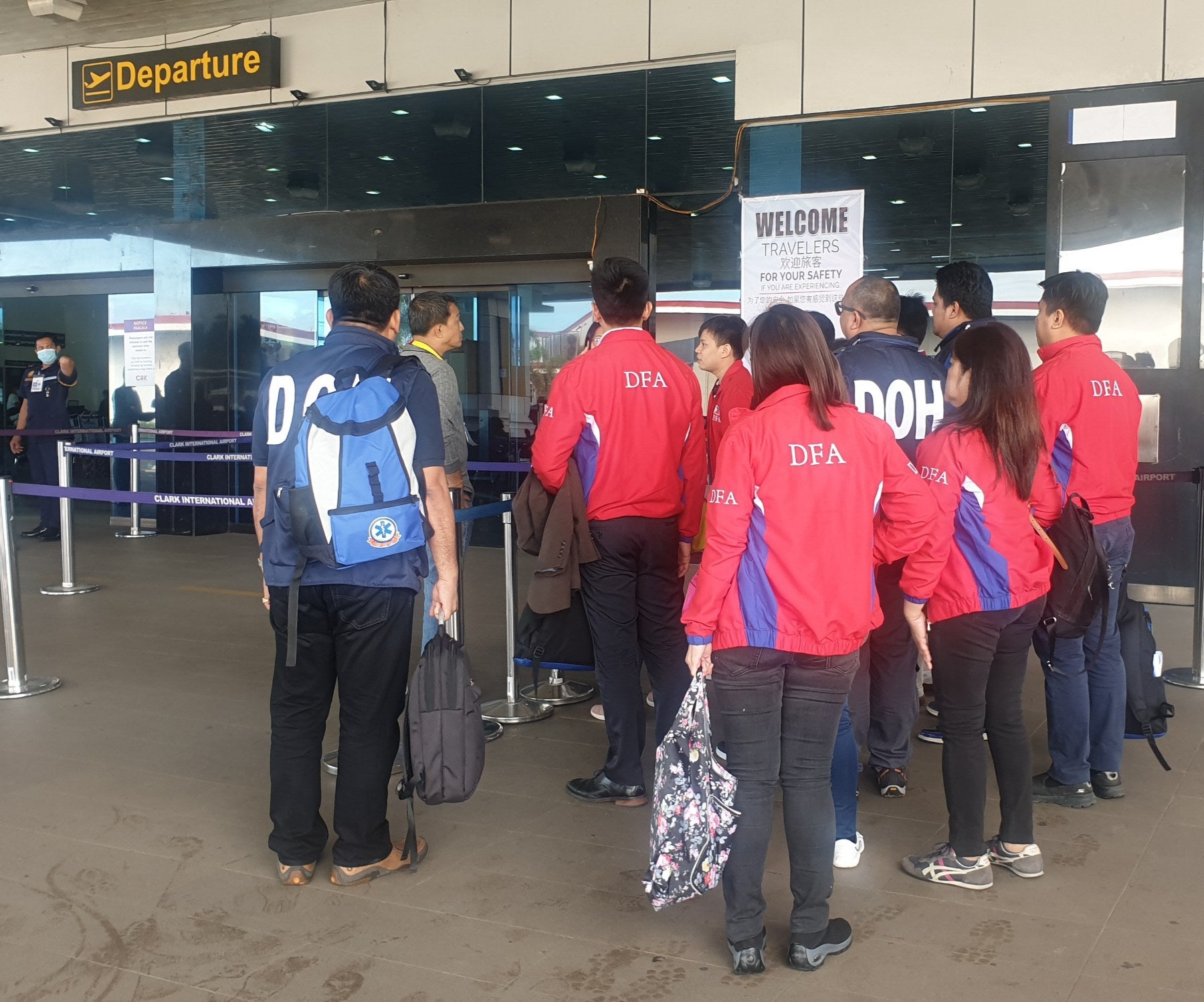 The DFA’s repatriation team prepares at the Clark International Airport on Feb. 8 (Saturday) for the repatriation of Filipinos in Wuhan City, China. Photo: DFA

MANILA, Philippines — A team from the Department of Foreign Affairs (DFA) is set to depart the country on Saturday night to assist in the repatriation of Filipinos in Wuhan, Hubei province, the Chinese city hardest-hit by the novel coronavirus outbreak.

The DFA’s Office of the Undersecretary for Migrant Workers’ Affairs (OUMWA) and a medical team from the Department of Health will fly from Clark en route to Wuhan City via Royal Air to meet the Filipinos willing to come home. The DFA said around 56 Filipinos have agreed to join the repatriation flight.

The DFA’s OUMWA is tasked for the provision and coordination of all Assistance to Nationals and legal services for overseas Filipinos in distress and families through Foreign Service Posts including Philippine Embassies and Consulates.

Foreign Affairs Undersecretary for Migrant Workers’ Affairs Sarah Arriola assured the public that their team is prepared in the repatriation of Filipinos in Wuhan.

“The DFA team is already experienced in repatriation operations, and has been briefed and prepared for this particular assignment. They will also undergo simulation exercise at Clark International Airport a day before the flight to ensure fast and efficient operation,” read the statement.

A send-off ceremony for the DFA team will be held at Mabuhay Lounge at the Philippine Air Force Base (Clark Air Base) this Saturday at 9 p.m.

The repatriated Filipinos are expected to arrive in Clark on Sunday (Feb. 9). After they disembark, the Filipinos from Wuhan will be led to the Athletes’ Village in New Clark City, Tarlac for their 14-day quarantine period. The team who assisted in the repatriation will also be placed under quarantine.