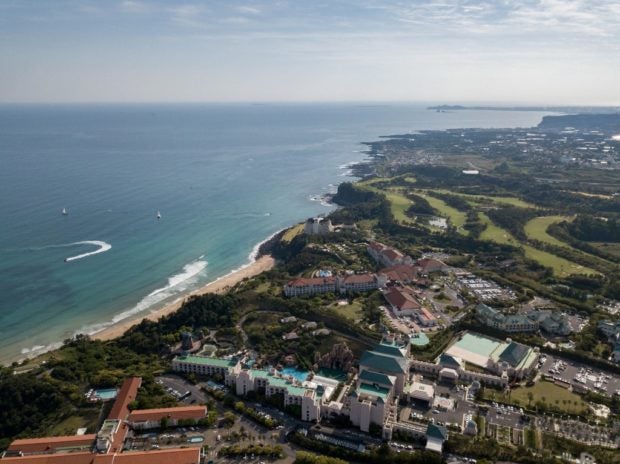 A photo taken on May 9, 2019 shows a general view of the resort area of Jungmun beach on Jeju island. (Photo by Ed JONES / AFP)

MANILA, Philippine — The South Korean government has suspended visa-free entry to Jeju Island and for transit passengers coming from China until further notice, its Embassy in Manila said.

“The Korean Government has announced that the visa-free entry to Jeju Island and visa-free entry for transit passenger who departs from China (is) suspended until further notice,” the Embassy of the Republic of Korea in Manila said in an announcement.

The Embassy added that all foreign nationals who have visited or stayed in China’s Hubei province within the last 14 days will not be permitted to enter South Korea.

The capital city of Wuhan in China’s Hubei province is currently on lockdown after the novel coronavirus broke out in the area.

South Korea has so far confirmed 23 cases of the virus.

In China, the number of fatalities climbed to 636 with over 31,000 infected by the virus.

Meanwhile, the Bureau of Immigration (BI) said it will no longer allow Filipino tourists bound for Jeju Island in South Korea to leave the country.

“We have already instructed our immigration officers not to allow the departure of any Filipino bound for Jeju unless the passenger was issued a visa by the Korean Embassy,” BI port operations division chief Grifton Medina said.