WHO says most nCoV infections occur after host shows symptoms 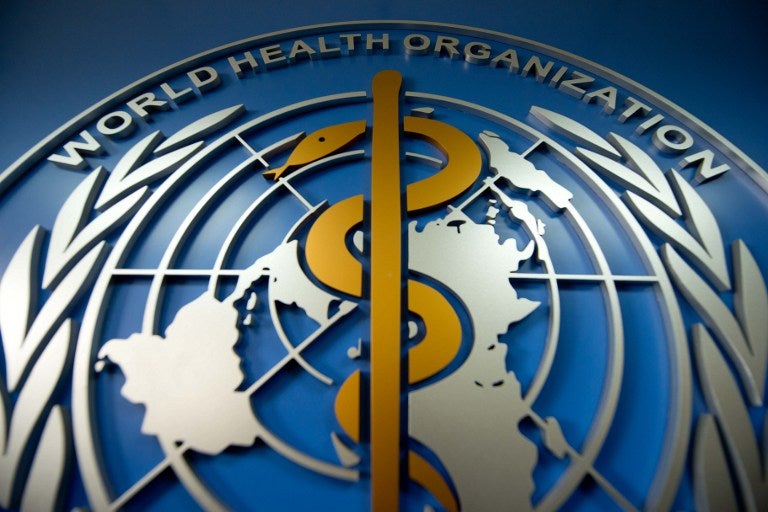 MANILA, Philippines — The World Health Organization (WHO) on Friday allayed fears of the public after Chinese health authorities earlier confirmed there is a likelihood that the novel coronavirus acute respiratory disease or 2019-nCoV ARD can be communicated during the incubation period, or even before symptoms show.

“Chinese authorities have presented evidence that there is a likelihood that this novel coronavirus can be transmitted before the emergence of symptoms,” Dr. Rabinda Abeyasinghe, WHO representative to the Philippines, said in a press briefing.

Abeyasinghe said this information should be communicated correctly to the public to prevent “unnecessary concern and panic,” especially after local health officials confirmed the country’s first confirmed case of the virus infection.

Since the first reported case of nCoV in China in December, the virus has already spread to 18 countries, including four countries aside from China where human-to-human transmission was reported: the United States, Germany, Japan, and Vietnam.

“I want to reemphasize that this is what we know at this point in time. This may change as more evidence emerges but this is similar to what we had during the MERS-CoV,” said Abeyasinghe.

Around 25 percent of nCoV patients have experienced severe symptoms, he added but stressed that these are patients who have had pre-existing medical conditions.

He then reiterated that proper hygiene, cough etiquette, and proper cooking of food, especially meat, should be observed to prevent the spread of the virus.

As for the travel ban from those coming from mainland China, Abeyasinghe said that WHO, which earlier declared the outbreak a global health emergency, “looks very carefully at the evidence and how practically feasible” imposing such move is, as well as its social and economic implications.

“Based on some facts that we already discussed, WHO does not favor at this point… in the position of a travel ban. We are not recommending travel restrictions,” he noted.

The Philippine government, however, has ordered a temporary travel ban on those traveling to China’s Hubei province, where the virus was first detected, and other parts of China where cases of the new coronavirus have been confirmed.

In the Philippines, 31 patients are being investigated on suspicion that they have contracted the virus.

In China, the nCoV has already claimed the lives of 213 people and inflicted 9,692 others, as announced by Chinese health officials on early Friday.

Read Next
China taking ‘most comprehensive, strictest’ measures vs nCoV — envoy
EDITORS' PICK
Palace blasts Facebook ‘censorship:’ Why only take down pro-gov’t pages?
Lakers, Heat start their preparations for NBA Finals
‘Psychic numbing:’ When people stop giving a damn about the pandemic
Smart poised to turn PH into ‘Smart 5G country’ with nationwide rollout
Water remains our saving grace right now
Get 80% OFF Ignite 2020 Cyber Tickets starting 28 September
MOST READ
‘I offered to resign’ because of endless corruption, says Duterte
Duterte will ask Congress to abolish PhilHealth
Duterte keeps Metro Manila under GCQ for entire October
Duterte tells Facebook: Why keep operating in PH if you can’t help us?
Don't miss out on the latest news and information.