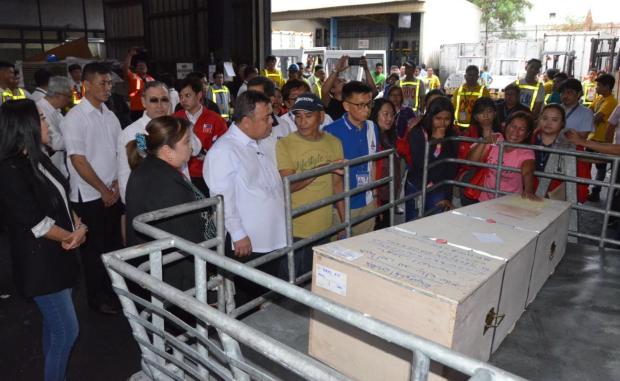 The body of slain OFW Jeanelyn Villavende at NAIA. (Photo from the DFA Office of the Undersecretary for Migrant Workers’ Affairs)

Kuwait has agreed to allow the Philippines to join the investigation into the killing of Filipino domestic helper Jeanelyn Villavende, the Philippine Embassy in Kuwait said on Wednesday, quoting a top foreign ministry official.

The offer was meant to show Kuwait’s commitment to serve justice to Villavende who was brutally killed by her employers, the embassy said.

It added that the Kuwait foreign ministry would soon release the “full reports of the police investigation and autopsy” on Villavende.

The Philippines and Kuwait also agreed to hold formal talks on the implementation of a 2018 agreement meant to protect overseas Filipino workers (OFWs) from being abused by their employers.

Foreign Secretary Teodoro Locsin Jr. warned that the talks about protecting OFWs in the Gulf state should not detract from the Philippine government’s demand for the death penalty for Villavende’s killers. —DONA Z. PAZZIBUGAN