As part of the SM Group’s continued effort to bring aid to the victims of the Taal Volcano eruption and ashfall, it launched a series of medical missions in Batangas, one of the hardest-hit provinces of the natural calamity.

The medical mission, part of SM Foundation’s Operation Tulong Express, started in the city of Lipa on Friday, January 17, 2020 with visits in evacuation centers set up at the Canossa Academy and the Rafael M. Lojo Memorial School, where evacuees of all ages received free medical check-up and medicines. 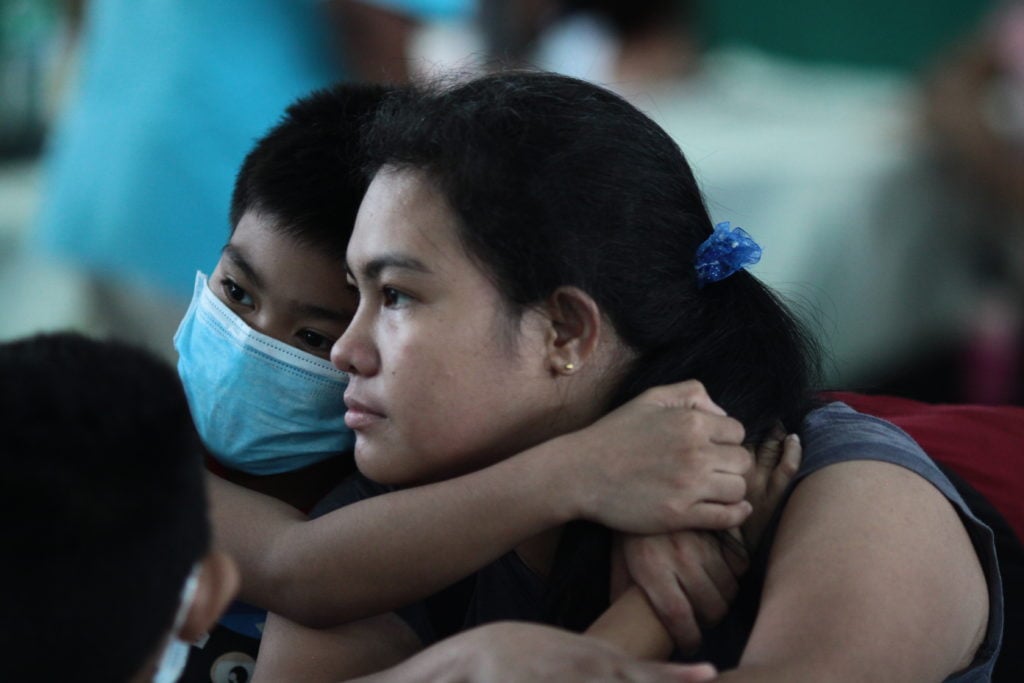 Single mom Elsa Santos, one of the thousands displaced by the eruption of the Taal volcano, shares a light moment with one of her four children. She says the medical mission and relief items from the SM Group are a big help to her and her family.

Glenda Reyes, an evacuee from Sitio Tagbakin, said the medical mission was a big help for patients like her.

“This is really a big help for us, especially those with health conditions because you were the ones who came to us to treat us. It shows that even if we are in an evacuation center, we are not forgotten,” Reyes said.

Many of the evacuees remain uncertain about what will happen to them, their livelihood, and their homes. But through the medical mission, they got a brief respite.

Elderly Araceli Caraan also said she appreciates the outreach because it gave them access to free medical attention.

“I have been complaining about my allergies, good thing I received free medicine. It’s a big help to us, especially those whose means are very limited because of what happened to our homes,” Caraan said.

Most of the evacuees would complain about their allergies, coughs, and colds.

SM Foundation doctors and volunteers were able to dispense free vitamins and medicines such as paracetamol, loratadine, and maintenance drugs for those with high blood pressure and diabetes. 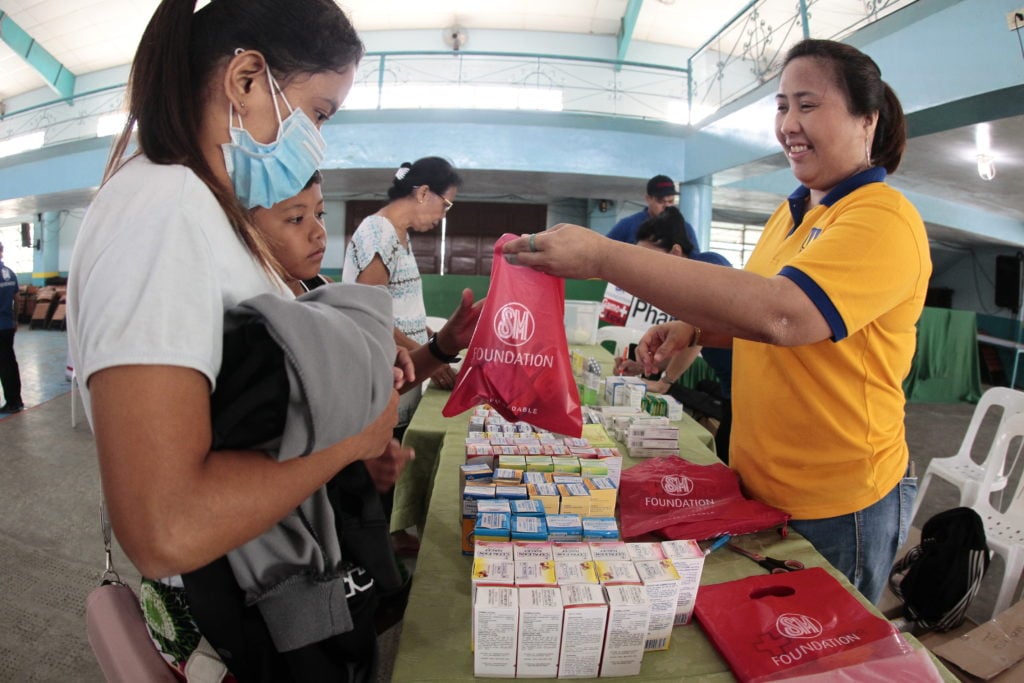 SM Foundation also brought along two of its four mobile clinics, which are the only private mobile clinics in that offer free X Ray and electrocardiogram (ECG) exams in the country.

One of those who availed of the mobile clinic’s services was elderly Flordeliza Rocaford of Barangay Halang. “It was my first time to get an X Ray and ECG on a truck. But I was calm the entire time, because it felt like I was getting it in the usual health facility,” she said.

Prior to the medical mission in Batangas, the mobile clinics have been traveling around different parts of the Philippines to reach more people in need. Patients who had their X Ray and ECG exams could get the results in just a few days. Those in the evacuation centers will get them through the help of their facility coordinators.

The SM Foundation’s medical mission also made stops in the municipalities of Mataas na Kahoy and Bauan. 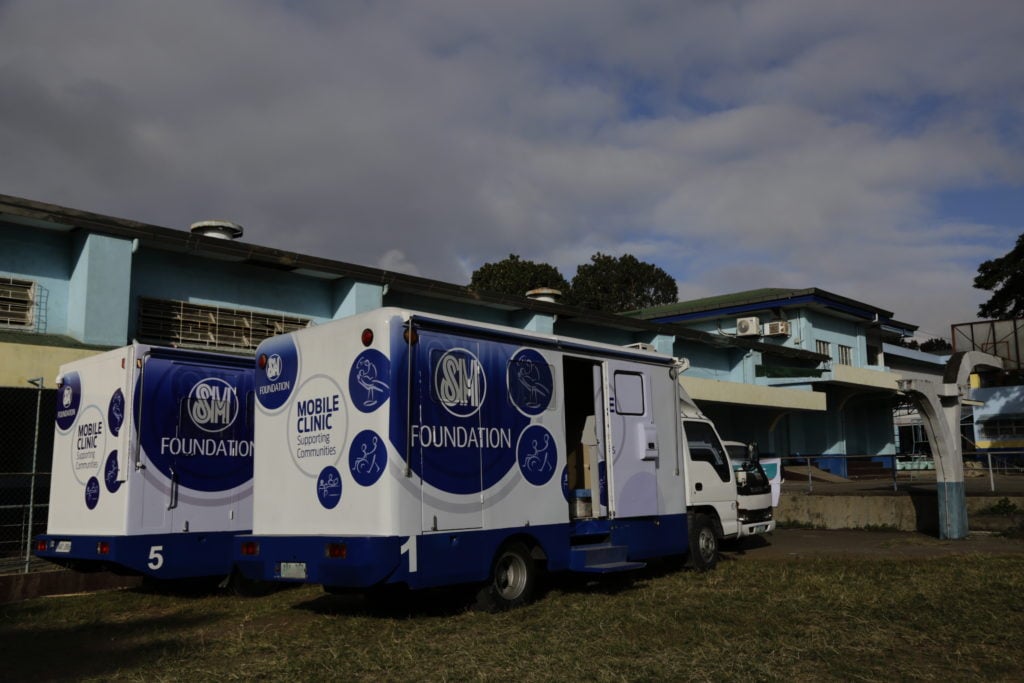 The SM Group activated its mobile clinics for a series of medical missions in Batangas, which was one of the worst-hit provinces by the eruption of the Taal Volcano.

Risa Macasaet, a mother of four, was one of the recipients of the hygiene kits. She said the items she received would go a long way especially for her children. 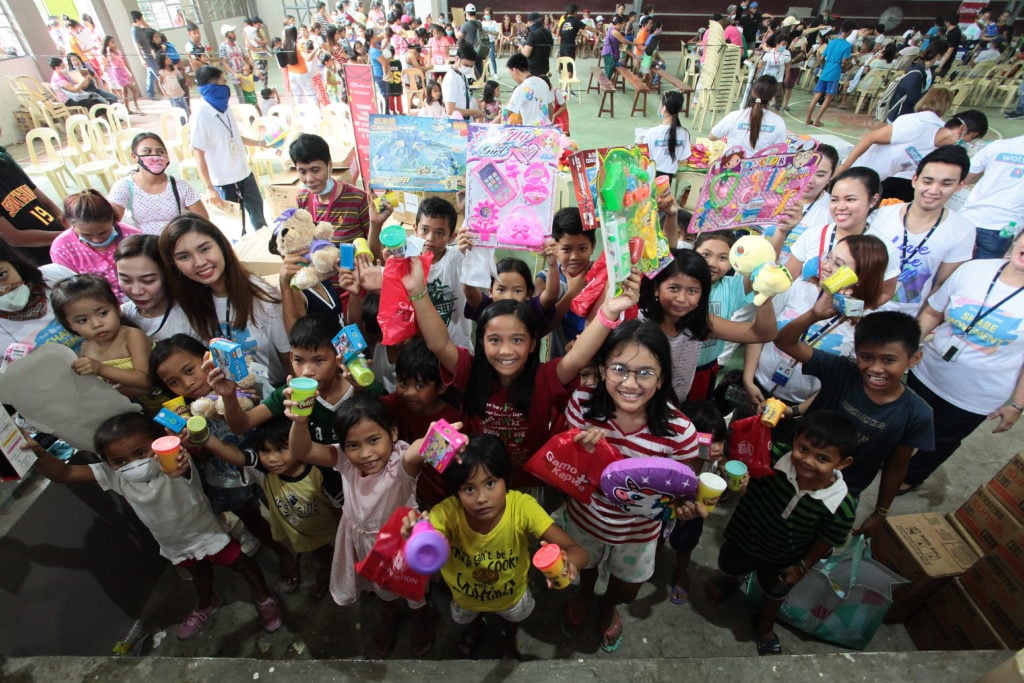 Children at an evacuation center in Batangas show off the new toys they received from The SM Store “Share the Magic of Giving. Donate A Toy” program which encouraged shoppers to share toys last Christmas.

“These items will really help me take care of them, especially because my youngest is now complaining about rashes on his face,” Macasaet said.

For Belle Pesayco, head of corporate social responsibility of Watsons Philippines, this was the company’s simple but meaningful way of helping the victims.

“Watsons Philippines has always been active with its CSR efforts, that’s why our employees are very eager to help during times like this,” Pesayco said.

Sharing the Magic of Giving to victims

Amid the glum situation, The SM Store, through the kindness of its shoppers, painted a lot of smiles in the evacuation centers when it distributed toys. The toys were donated by its shoppers through the “Share the Magic of Giving. Donate A Toy” program.

The four children of Elsa Santos were just some of the recipients of the toys. Living in a mountainous area in Cuenca, Batangas, single mother Elsa and her children were traumatized by the earthquakes and landslides that followed the eruption.

“We could not sleep straight at night because we are worried with what might happen,” Santos said. “But now, I see them happily playing with their new toys and that gives me a sense of relief.”

Eleven-year-old Judy Junior Gamara said he also got scared following the eruption but was excited to receive new toys. “Now I can play with my siblings,” he said.

While many of their colleagues were also affected by the eruption, employees from The SM Store – Lipa energetically handed out the toys to the children.

“What happened really hits close to home. That is why we are extra motivated to bring a smile to the faces of our fellow Batangueños, because we know how difficult their situation is right now,” Marichelle Junio, Customer Service Supervisor of The SM Store – Lipa, said.

Animals need our help too

Making sure that even animals get adequate help too, Pet Express partnered with the Philippine Animal Welfare Society (PAWS) to provide the needs of pets affected by the eruption and the ashfall. 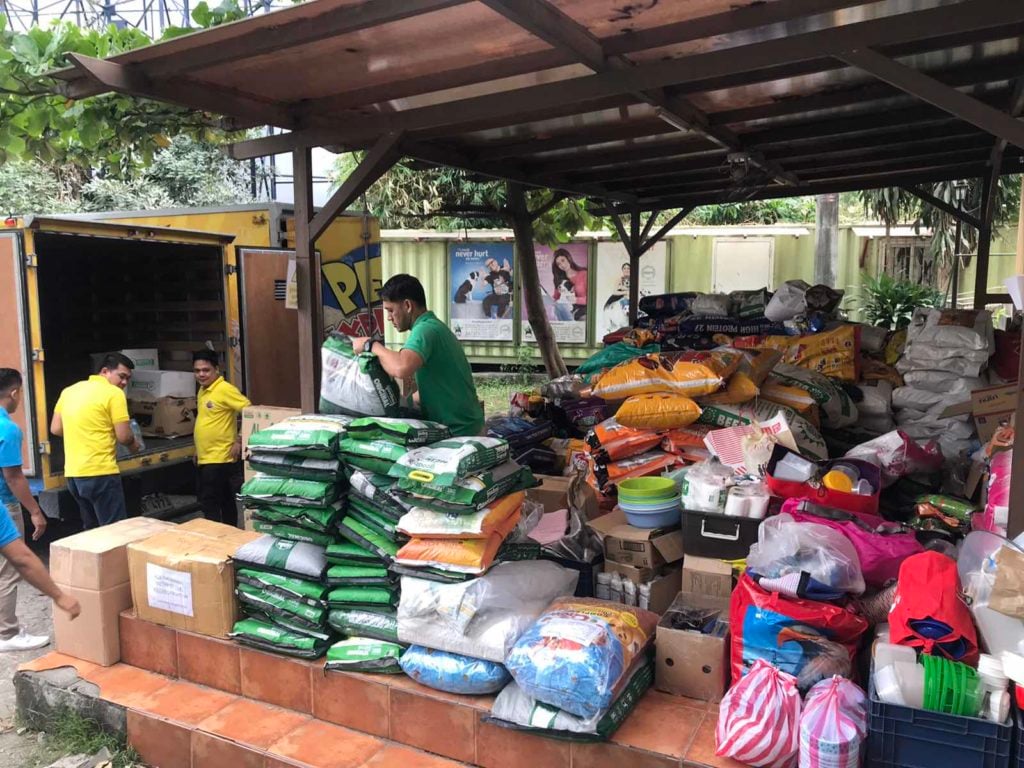 Pet Express turns over donations of pet food, vitamins and other items to the Philippine Animal Welfare Society (Paws). Pet Express branches nationwide are accepting donations for pets impacted by the Taal eruption.

Paws will use these items to different feeding programs.

These are just some of the efforts of the SM Group to come to the aid of the people—and animals—impacted by the eruption and ashfall. It has earlier thousands of relief packs through Oplan Tulong Express and SM Supermalls. 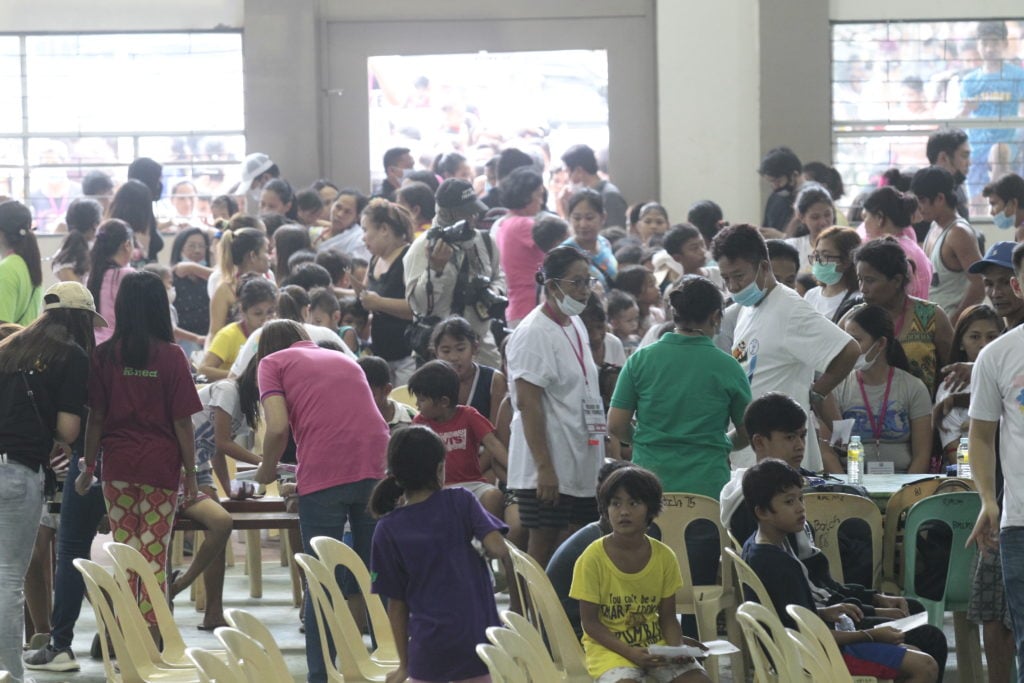 Different companies from the SM Group have joined forces to bring relief to the victims of the Taal volcano eruption and ashfall.