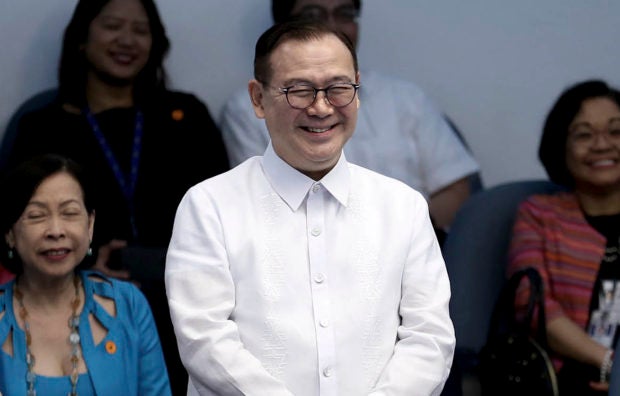 MANILA, Philippines — The Philippines has agreed with the rest of its Southeast Asian neighbors to accept US President Donald Trump’s proposal for a special summit to be held in the United States in March.

Foreign Secretary Teodoro Locsin Jr. said he and his nine counterparts in the Association of Southeast Asian Nations (Asean) reached this consensus during their meeting in Vietnam over the weekend.

He made the announcement on Monday, after Malacañang said Trump renewed his invitation to President Duterte to attend a summit he would host for the 10 Asean leaders.

Trump attended the Asean leaders’ summit hosted by Mr. Duterte in Manila in November 2017 but skipped the 2018 and 2019 summits.

In the last gathering, most of the Asean leaders did not show up at the Asean-US discussion in Bangkok where the United States was represented by Trump’s national security adviser Robert O’Brien.

“The Asean Foreign Ministers’ Retreat adopted the consensus to hold the Asean-US Summit with US President Trump,” Locsin said on Twitter.

On the other hand, the Palace responded critically to planned US sanctions against Philippine officials behind opposition Sen. Leila de Lima’s detention.

The sanctions are in accordance with a provision in the US national budget for 2020 which Trump had signed, barring those officials from entering the United States and freezing their US assets.

De Lima on Monday maintained that Trump’s invitation to Mr. Duterte did not contradict the recent actions of the US Senate, which denied entry into the United States to Philippine government officials behind her detention.

She said the invitation would not also influence the enforcement of the Global Magnitsky Act, which authorizes the American government to freeze assets in the United States of foreigners involved in human rights abuses.

The senator said it was still up to Trump to invite Filipino officials to the United States since the US Department of State had yet to finalize a list of people responsible for her situation.

“In my humble view, the reported invitation of US President Trump to President Duterte simply means that the US government is not yet implementing the entry ban as this could still be undergoing some internal process,” De Lima said in a handwritten statement.

“I understand it will take some time to operationalize this policy and anticipate that we will see this implemented in the near future, regardless of any standing invitation,” she said.

Trump, a populist leader like Mr. Duterte, had publicly made known his admiration for the Philippine leader, who serenaded the American president at the 2017 Asean summit. —WITH A REPORT FROM MARLON RAMOS INQ