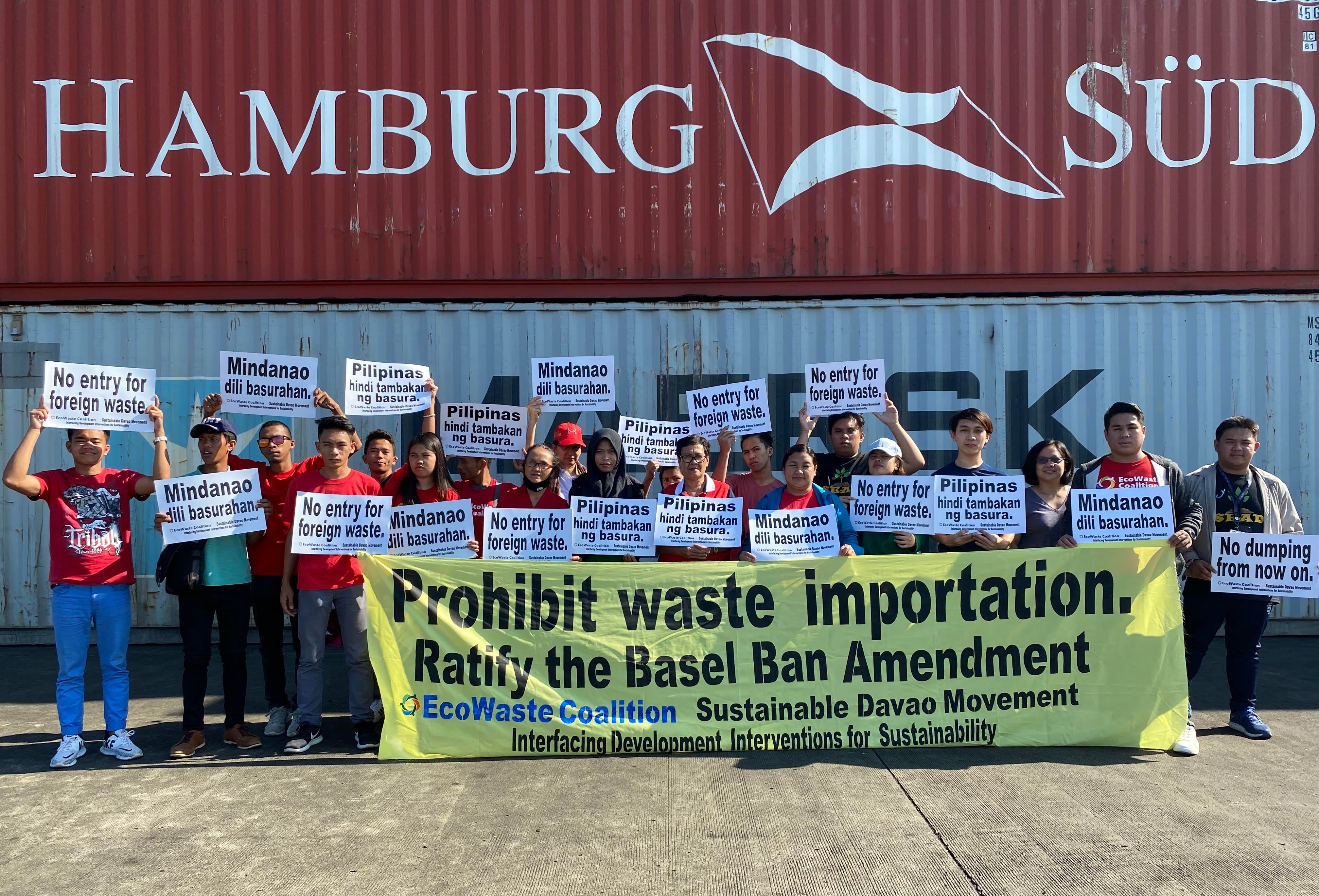 Environment activists urge government to ban all types of waste importation as the remaining 5,177 metric tons of wastes from South Korea are being shipped back to their country of origin. CONTRIBUTED PHOTO (from EcoWaste Coalition)

CAGAYAN DE ORO CITY – Environment groups renewed their call for foreign countries to recycle their own waste as the government shipped back the remaining 5,177 metric tons of mostly plastic trash back to South Korea.

Placed in 60 container vans, the hazardous cargo was loaded onto an international ship that left the Mindanao Container Terminal sub-port in Tagoloan, Misamis Oriental on Sunday, Jan. 19, for Pyeongtaek City in South Korea.

“The reshipment of the falsely declared wastes back to South Korea affirms our nation’s resolve to bring this dumping controversy to its just conclusion,” said district collector John Simon of the Bureau of Customs Region 10 (BOC-10).

“To stop this incident from happening again, I add my voice to the growing clamor to upgrade and strengthen our legal defense against waste dumping, including ratifying the Basel Ban Amendment,” Simon added.

“This dumping controversy and similar dumping incidents have reinforced the urgency of ratifying the Basel Ban Amendment and revising current regulations that permit waste imports into the country under the guise of recycling,” said Chinkie Peliño-Golle, executive director of Davao City-based Idis.

“We need to plug the regulatory loopholes that waste traders are taking advantage of, turning our country, particularly Mindanao, into a convenient dumping site for plastic, electronic and other hazardous wastes,” Peliño-Golle added.

“Such wastes should be recycled, treated or disposed of in the country where such wastes were generated, instead of being dumped in poor countries like the Philippines,” Aileen Lucero, EcoWaste Coalition national coordinator, said.

“While we pursue ecological solutions to our domestic garbage woes, we must tell South Korea and other countries to deal with their own wastes at home and stop exporting them to the Philippines and other Asian countries,” Lucero said.

“Korean waste should be managed in Korea and not dumped in the Philippines or anywhere else. This experience should nudge both countries to promptly ratify the Basel Ban Amendment,” DiGangi said. 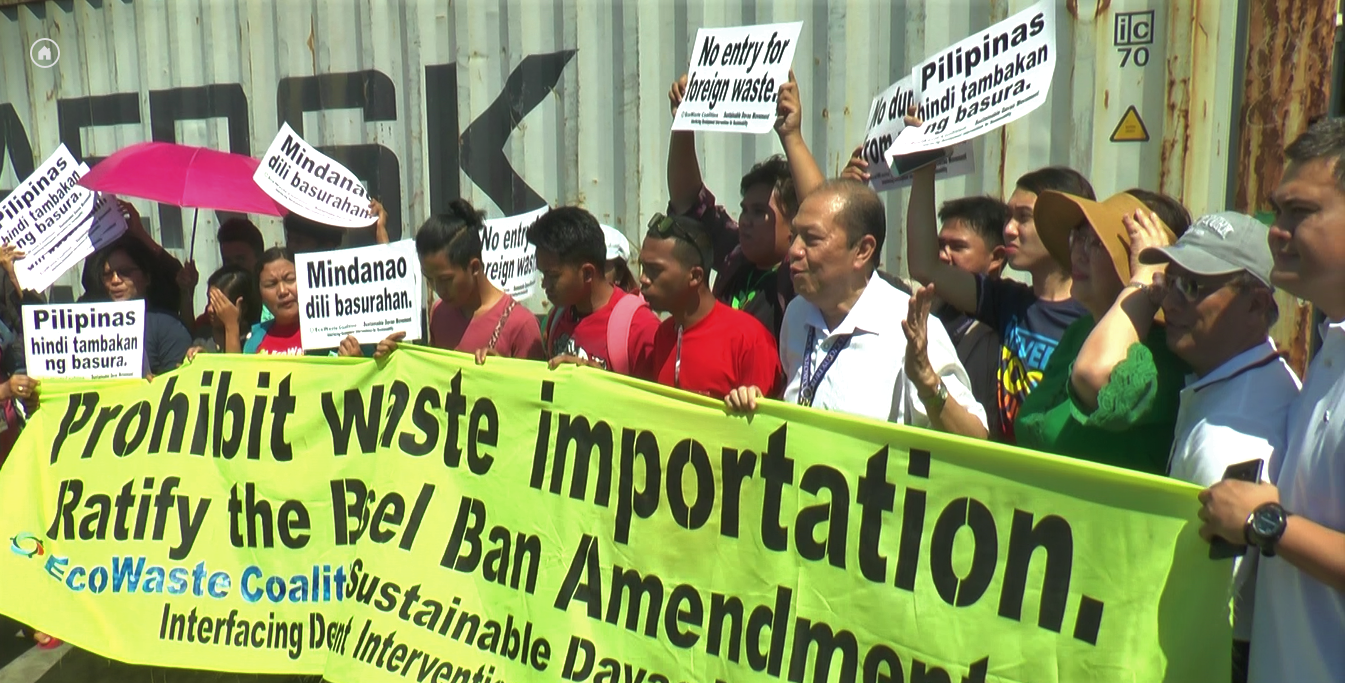 Groups urgenthe government to ratify Basel Ban Amendment to prevent the entry of imported trash into the country as the remaining imported trash left Tagoloan port for South Korea, where it came from. CONTRIBUTED PHOTO

The groups reiterated the need for the national government to ban waste importation from all countries to cover all types of wastes including household and plastic wastes, as the Basel Ban Amendment is focused mainly on hazardous waste shipments from developed countries to developing ones.

The groups insisted that the ratification of the Basel Ban Amendment and the ban on waste importation would be the best legal protection of the Philippines against illegal waste traffic.

“For the protection of public health, for environmental justice, and for the preservation of the national dignity against the dehumanizing and polluting impacts of global waste trade, we call upon our leaders to ratify the Basel Ban Amendment and to impose a waste import ban without delay,” the groups said.

Lopez: ‘I would renounce my US citizenship in a minute if needed’