13 Filipinos repatriated from Iraq to arrive in PH; more to return home 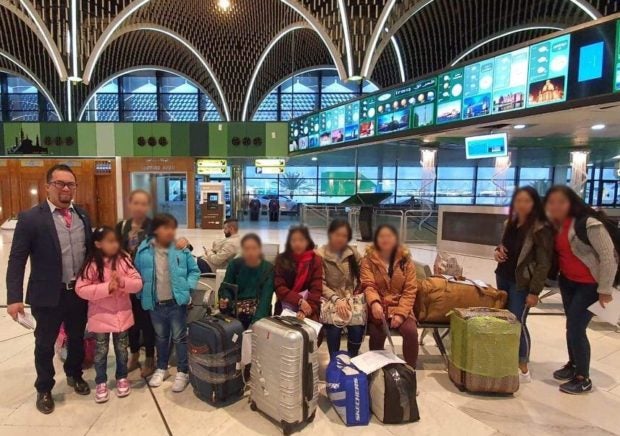 Photo courtesy of the Philippine Embassy in Iraq

MANILA, Philippines —Thirteen Filipinos repatriated from Iraq are scheduled to arrive in the Philippines Wednesday afternoon, the Department of Foreign Affairs (DFA) said.

In a statement, the DFA said that the Philippine Embassy in Iraq is bringing home two groups of overseas Filipinos coming from Baghdad and Erbil.

The first group from Baghdad, comprised of seven adults and two minors, was supposed to arrive on Tuesday but was held by Iraqi immigration officials at the Baghdad International Airport for “baseless allegations of visa fraud,” the DFA said.

The other four adults, meanwhile, came from Erbil, the largest and most populated city in Iraqi Kurdistan region north of Baghdad.

According to the DFA, both groups will be transiting Doha in Qatar before arriving in Manila. 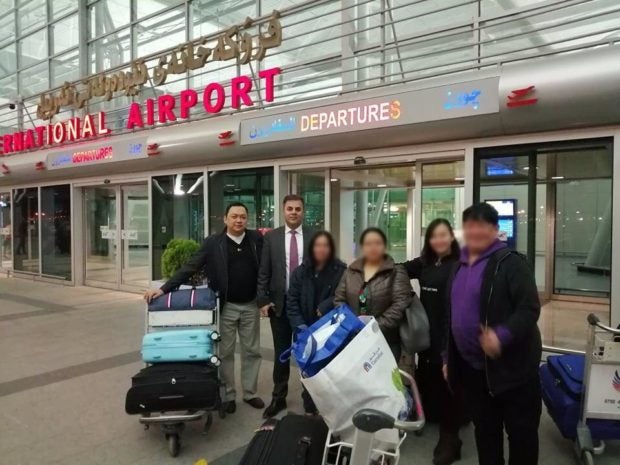 The DFA Office of the Undersecretary for Migrant Workers’ Affairs coordinates the repatriation of distressed Filipinos abroad.

“More Filipinos from affected areas are expected to come home in the coming weeks,” she added.

Foreign Affairs Secretary Teodoro Locsin Jr. has earlier said  that rapid response teams would be deployed to the Middle East, especially to Iraq and Iran, to help in the repatriation efforts in the region.

Manila earlier ordered the mandatory repatriation of Filipinos in Iraq due to growing security threats in the Middle East.

President Rodrigo Duterte on Tuesday sent off Philippine Navy troops to the Middle East to also assist in the evacuation of Filipino workers who may be affected by the tension between the US and Iran.

‘I will be there’: Duterte tells troops bound for Middle East