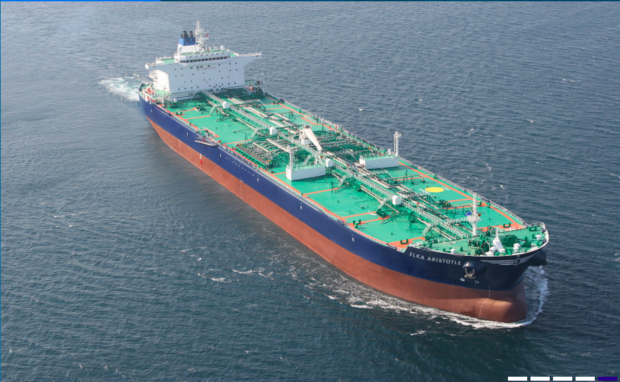 ATHENS, Greece–Suspected pirates in Togo have released a Filipino and two other crew members of a Greek oil tanker seized in November, but another Filipino seafarer died in captivity, the ship managers said Friday.

European Products Carriers Ltd said the three men “are safe and well, have had medical checks and are currently being debriefed by the local authorities prior to returning home to the Philippines, Greece and Georgia respectively.”

“It is with great sadness, however, that the managers must confirm that the fourth crew member, a Filipino national, kidnapped and held hostage, has died,” the company said in a statement. “Next of kin in the Philippines are being informed of the tragic loss.”

“A full investigation is underway into the situation, but it is understood that his demise was not as a result of any actions by those holding the crew hostage but due to illness,” it added.

The Togolese navy said “armed individuals” had stormed the Elka Aristotle tanker some 10 nautical miles off the coast of the capital Lome, even with guards trying to repel the raid.

Pirates attacked the Elka Aristotle on November 4, taking four of the ship’s 24-member crew hostage. The Gulf of Guinea, where the incident occurred, is considered a high-risk area by the International Maritime Bureau.

Greek Merchant Marine Minister Yiannis Plakiotakis welcomed the release of the Greek crewman, cadet engineer Dimitris Giatis, saying he would invite him to the ministry “at the first opportunity” to find out what happened during his roughly 40-day captivity.

Plakiotakis said formal procedures for Giatis’ repatriation were being completed and he would be back in Greece “very soon.”

West African waters have become one of the most dangerous maritime regions in the world.

Attacks on ships and the abductions of crew for ransom have become more frequent, especially along the Nigerian coast.

The pirates sometimes divert ships for several days, long enough to plunder the cargo and demand huge ransoms before freeing the crew.

Nine sailors abducted by suspected pirates from a Norwegian-owned cargo ship off Benin’s port of Cotonou were also freed this week after 35 days in captivity.