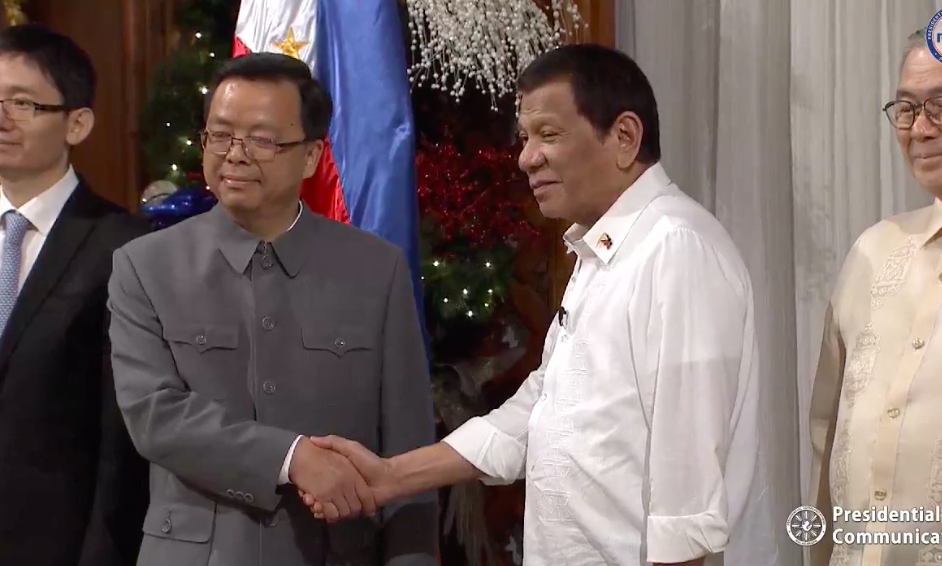 MANILA, Philippines — President Rodrigo Duterte on Wednesday received five new ambassadors to the country, including the new ambassador of China, in Malacañang.

New Chinese Ambassador Huang Xilian, who replaced Zhao Jianhua, presented his credentials only hours after arriving in the country.