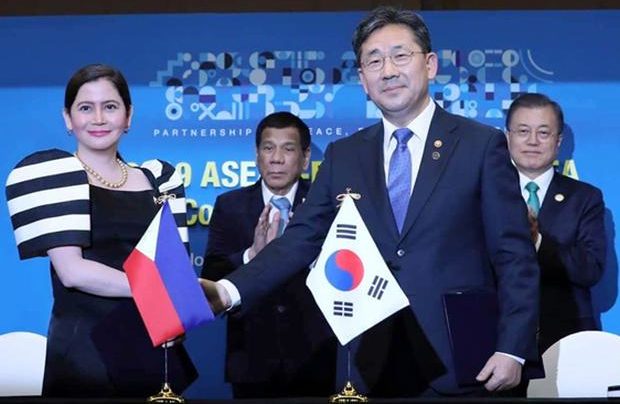 MANILA, Philippines — Tourism Secretary Bernadette Romulo-Puyat on Monday signed an agreement to boost tourism ties between the Philippines and South Korea, a big source of foreign visitors for the past nine years.

“For nine years now, Korea is undisputed in its position as the top source market of the Philippines,” Puyat said in a speech she delivered during the signing. “With this renewed pledge on tourism cooperation between the Philippines and Korea, we are hopeful we can sustain and intensify the already-strong ties with Korea that we enjoy.”

Valid from 2019 to 2024, the IPTC aims to introduce joint programs and activities that will bolster two-way tourism promotion and align tourism efforts between the Philippines and South Korea, facilitate deeper and meaningful interactions between Filipinos and South Koreans, and strengthen overall cooperation of the two countries on matters concerning tourist safety, security, and quality assurance.

For the third quarter of this year, South Korea remained the biggest source of visitors for the Philippines, reaching 1,450,792 arrivals, a 20.97% growth versus the same period last year. South Korean tourists also made up 23.55% of the total arrivals from January to September.

Puyat said that to sustain the momentum the DOT would embark on a “more aggressive marketing campaign” to continue capture a bigger chunk of the Korean market.

She said the DOT office in South Korea would be undertaking activities to support marketing efforts and collaborate with the travel trade on developing new thematic tour products for specific market segments.

Also in the pipeline are product training programs for sub-agents in Busan and Daegu.

The DOT chief said the agency would also encourage more airlines to fly direct to international gateways other than Manila from key cities in South Korea.

Puyat attributed the encouraging figures to the improved air connectivity between the two markets, noting the creation of 14 additional flights to the Philippines from South Korea. These flights include new routes such as Daegu-Kalibu-Daegu, Incheon-Bohol-Incheon, and Muan-Clark-Muan.

“The positive growth only inspires us to constantly improve our work at the department and to show more Koreans to come visit us and find out why It’s More Fun in the Philippines,” she added.

She noted that aside from “sun and beach tourism” South Koreans visit the Philippines mostly for the education tourism portfolio, usually to take up English as a Second Language (ESL) courses.